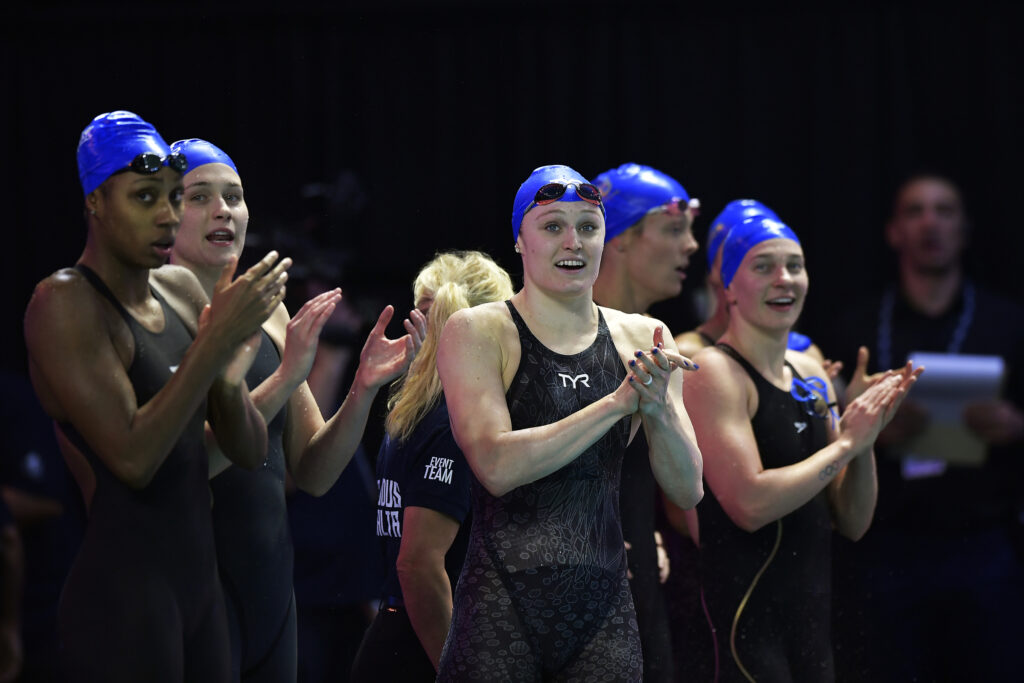 The International Swimming League’s US Derby match turned out to be arguably the most exciting we’ve seen so far this season. The LA Current narrowly edged out the Cali Condors in the meet-ending, triple-points skins races in what was a dramatic affair in College Park, Maryland.

In the skins event, where the field is halved after each of 3 rounds of 50 freestyles until just 2 are left in the finale, the Current and the Condors each won a race, but it was the Current who had enough to take the meet title.

The Current put up 495 points to the Condors’ 489.5, giving them their first victory of the ISL season. Those two clubs have now solidified their spot in December’s League Final in Las Vegas, both finishing with nine points in the standings. The Condors cumulative point total of 1,437 puts them officially in first place among the American clubs, but that only impacts bragging rights as both will go through to the finale.

The DC Trident and NY Breakers were locked in a close battle throughout the match as well until the Trident ultimately emerged with a third place finish by 7.5 points.