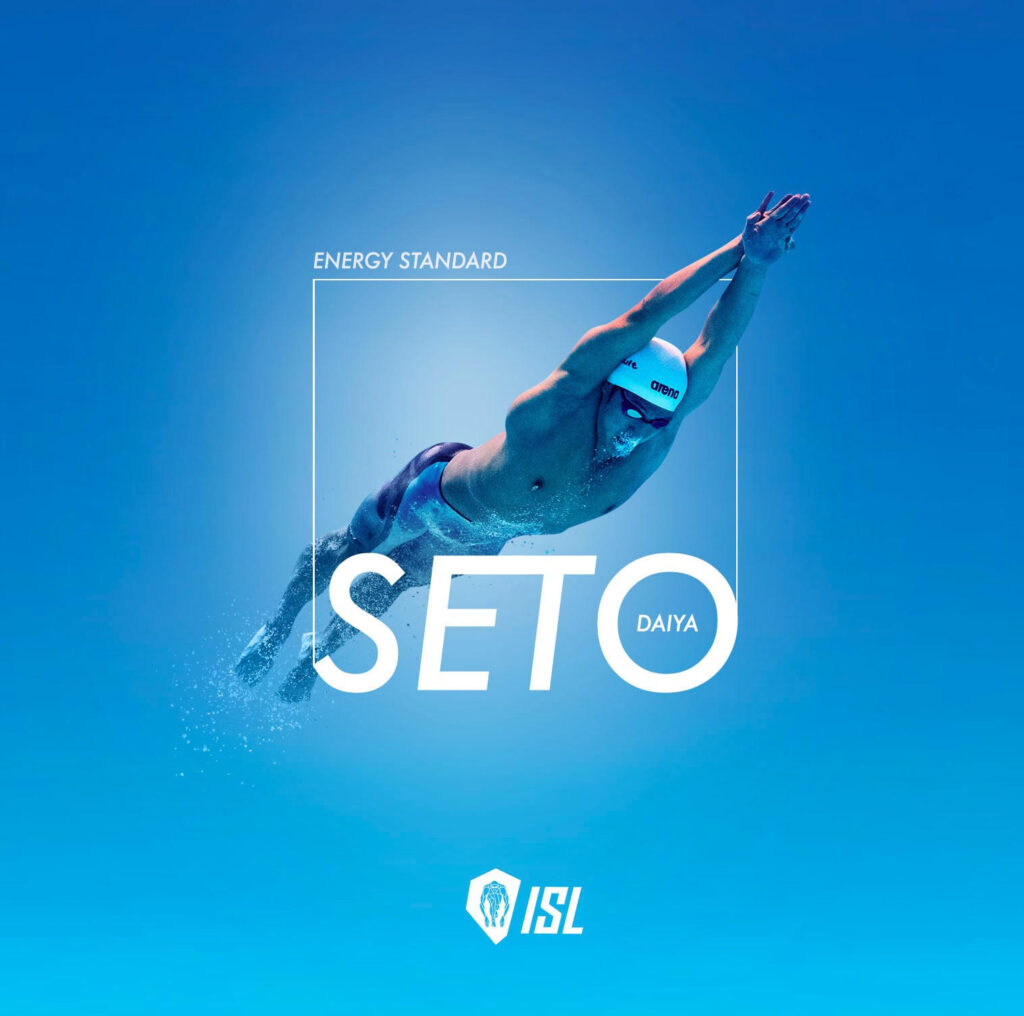 Japanese star Daiya Seto is the latest athlete to sign up for the upcoming International Swimming League (ISL), joining the Energy Standard club. Seto is the first Japanese swimmer to join the ISL, and also the first from Asia.

Seto, 25, is coming off of a standout performance at July’s World Championships in Gwangju, South Korea, where he won both the men’s 200 and 400 individual medley. The win in the 400 was his third straight, and he is also a 2016 Olympic bronze medalist in the event.

Seto said, “I am very happy that I will play a part in this revolutionary new world in swimming, and I am looking forward to my future as part of the Energy Standard team. I will do my best to contribute as much as I can alongside my teammates.”

James Gibson, head coach of Paris-based Energy Standard, said, “Daiya is an excellent addition to our Team. The ISL will showcase him racing against the world’s best swimmers before he competes at the 2020 Olympic Games on home soil in Tokyo. I hope Daiya’s many passionate fans will get behind him and his new team.”

About 75% of all current Olympic champions and world record holders will compete in swimming’s first ever team-based professional swimming league.

Eight clubs – Cali Condors, DC Trident, Italy-based Aqua Centurions, Energy Standard, LA Current, NY Breakers, Hungary-based Iron and London Roar – will compete in an innovative format based on a regular season, which runs through October to December, across the USA and Europe.

Each team will bring a roster of up to 28 star swimmers (14 male, 14 female) who will compete to score points for their club. Match tallies will earn them rankings points toward the league table, with the top four clubs (two European, two U.S.) advancing to the grand final in Las Vegas in December, when the inaugural ISL Champions will be crowned.

Over 100 Olympians are represented by the ISL, including 41 Olympic gold medals from the 2016 Olympic Games. What sets the ISL apart is that swimmers will be paid both a salary and earn prize money based on their individual and club finishes. About $180,000 in prize money will be awarded at each regular season match, with nearly $1.5 million in prize money available for December’s championship meet in Las Vegas. Men and women will share equal prize money.