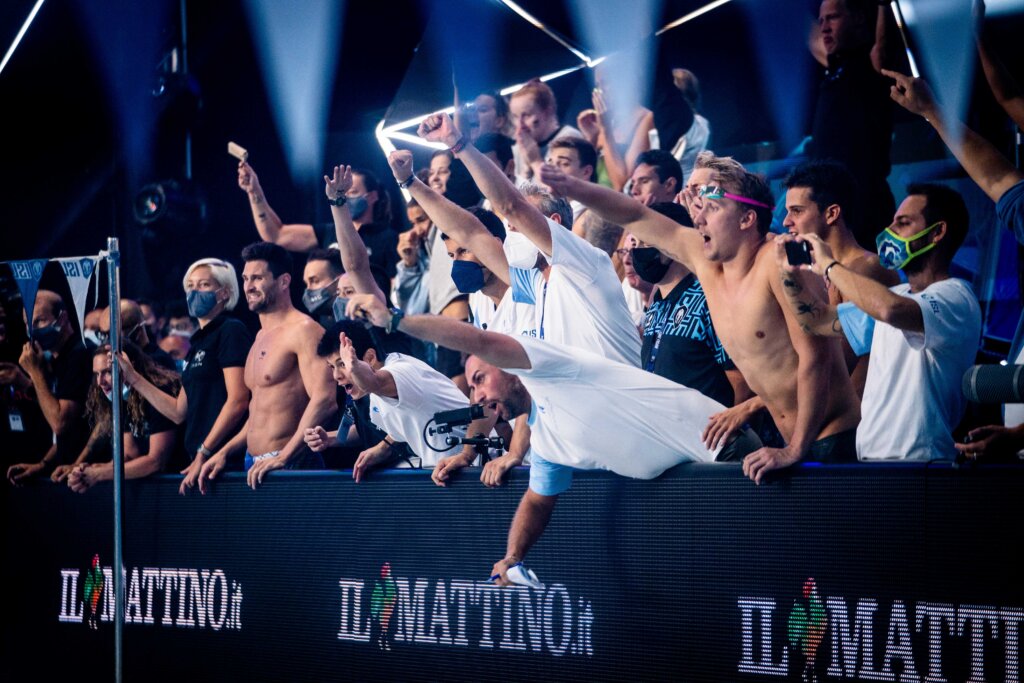 Entering Day 2 of Match 10 of the Third Regular Season of ISL, Aqua Centurions hold a 59-point lead over the rest of the teams. In the race for second, Iron sit 41.5 points ahead of Tokyo Frog Kings, who, in the meanwhile, are 65 points ahead of the New York Breakers.

The 2nd day of match 10 holds a lot of surprises and exciting events. Starting with the women’s 100m freestyle, Centurions’ Federica Pellegrini will face Tokyo’s Catie Deloof and Mallory Comerford, Iron’s Constanza Cocconcelli and Breakers’ Daria Ustinova. In the men’s race, AQC’s Alessandro Miressi, alongside Thomas Ceccon, will try to win against Thom de Boer from IRO and Kajub Kraska from NYB.

Expect to watch an astonishing performance from Tokyo’s Daiya Seto in the 200m butterfly, who is the current WR Holder and also has a history of winning huge jackpots.

In the men’s 100m IM there will be an exciting struggle between former WR Holder Tokyo’s Vladimir Morozov, Iron’s Marco Orsi and Centurions’ Thomas Ceccon.

The women’s 200m freestyle is the one event you should not miss out on. WR Holder (long course) Federica Pellegrini from AQC will swim against Barbora Seemanova from IRO, Paige Madden and Chihiro Igarashi from TOK.

In the 50m butterfly skins, AQC will be represented by a butterfly ace Elena di Liddo, who will compete against the skins queen Ranomi Kromowidjojo from IRO as well as with Catie Deloof from TOK and Alicja Tchorz from NYB.

The men’s 50m freestyle skins is also expected to be a tense battle. The stroke ace Marco Orsi from IRO with Thom de Boer, the 50 free champ Szebasztian Szabo from AQC, Vladimir Morozov from TOK and Matt Temple from NYB will meet in the last race of the match.Ьфе