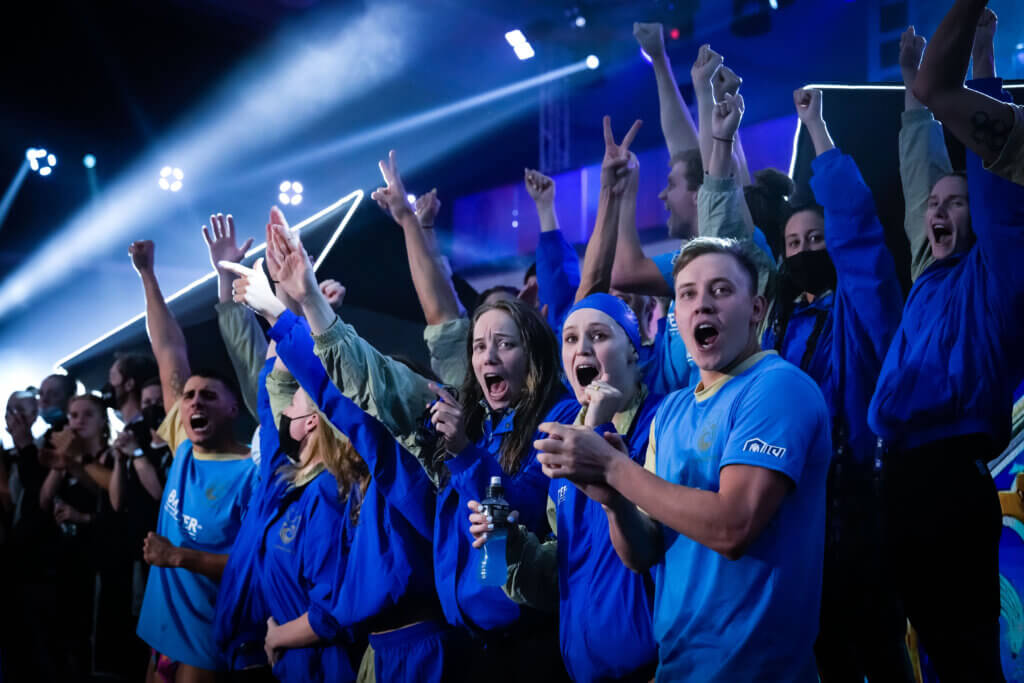 In the second game of the ISL Season 3, last year’s champion, Cali Condors, faced two American teams the LA Current and the NY Breakers, as well as the Tokyo Frog Kings. This game followed a different script than the previous one, with little intrigue, as the Condors jumped out to an early lead, steadily increasing it to a fantastic 305 points. The only intrigue in the course of the game was whether the TOK would catch up with the LAC, but TOR didn’t pull out all their trump cards and stayed in third place.

It’s deeply symbolic that both the women’s and men’s backstroke skins finals were fought by the Condors: Beata NELSON beat Sherridon DRESSEL and Coleman STEWART beat Justin RESS with a jackpot.

STEWART was the MVP of the match, scoring a fantastic 95 points and was the first in ISL history to collect a full jackpot in the men’s 100m backstroke – 37 points. In addition, he set two world records in the event: in 50 and 100 meters!

The great Caeleb DRESSEL scored 30 points in the 100 m backstroke with his Polish teammate Marcin CIESLAK who was second and scored 7 points. So the Kondors also achieved a maximum of 37 points in that heat, leaving nothing to their rivals.

It should be recalled that during the last Olympics in Tokyo DRESSEL took 5 gold medals – 50 and 100 meters freestyle, 100 meters butterfly, as well as the U.S. team in the 4×100 – freestyle and mixed relay, the same relay where Caeleb took two golds at the Olympic Games in 2016. Caeleb DRESSEL is currently the world’s most titled swimmer. In addition to the Olympic gold, he has 19 world champion victories in the “long” and “short” water in various disciplines.

And if it wasn’t for a small surprise loss to TOK’s Takeshi KAWAMOTO in the 50m butterfly, Caeleb could have been the MVP without a skin race. In addition to the above, he won the 100m butterfly, 50m and 100m freestyle and contributed to the Condor’s 4x100m freestyle relay, 4x100m men’s relay and mixed relay.

DRESSEL’s sister, Sherridon, backed up her brother’s momentum by winning the women’s 50 and 100 meter backstroke.

On the other hand, Yui OHASHI of TOK, the two-time Olympic Champion in Tokyo 200 m and 400 m medley was far from her best form: she was only 3rd and 2nd respectively in her home distances. Both times it was Abbie WOOD of the New York Breakers who took the first place.

The main “slaughterer” of the team from Tokyo was quite predictably Daiya SETO, who was 3rd in the MVP of the match (63 points, higher than the result of the MVP of the first match of the season). He won the 200m breaststroke, 200m medley, 200m butterfly and 400m medley (also being the first to clear the 100m mark ).

The winners of various events from LAC were Madison WILSON – 200m freestyle, Valentine DUMONT – 400m freestyle (finishing 3rd in the 100m mark). The doubles victory in the 200m freestyle event for the Flux (Fernando SHEFFER and Martin MALYUTIN) should also be noted.

At NYB, apart from the previously mentioned British athlete Abbie WOOD, who contributed 48 points to the Breakers, Russian Svetlana CHIMROVA contributed 26 points and won the 200m butterfly as well as Brendon SMITH of Australia won the 400m freestyle (2nd place at the 100m mark).

Overall, Cali Condors’ dominance was undeniable, making this club the main favorite of the season. However, we will see the full picture when London Roar enters the battle.