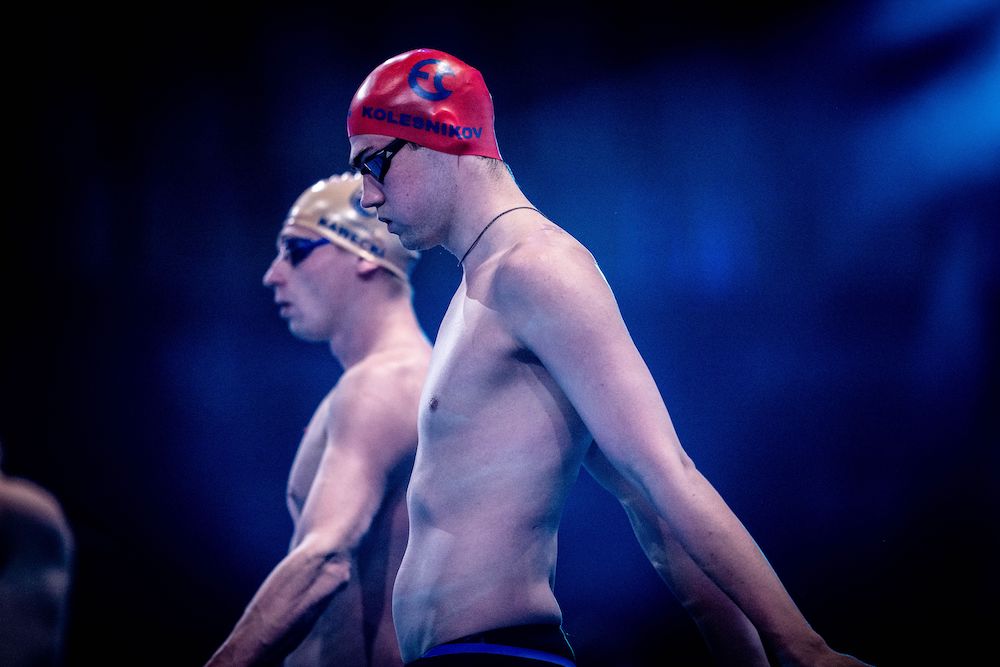 Russian superstar Kliment Kolesnikov’s talents have been on full display in the last few days as he broke his own world record in the men’s 50 backstroke on two separate occasions at the 2021 European Championships in Budapest.

Kolesnikov, 20, first lowered his 2018 world record of 24.00 in a time of 23.93 in the semi-finals on Monday, and then during Tuesday’s final, he knocked the mark all the way down to 23.80 en route to repeating as European champion.

A native of Moscow, Kolesnikov has represented Energy Standard in each of the first two International Swimming League (ISL) season, including scoring 102.5 points in 2019 as the club won the first-ever ISL team title.

Kolesnikov has already been confirmed as having signed up to the ISL Draft.

Kolesnikov’s talents range so wide that he didn’t even compete in the 50 back once during the 2020 ISL season. Instead, he was used primarily in the sprint free events and the 100 back – where he also set a new world record.

“I’m feeling great,” Kolesnikov said during a post-race interview, adding that he was feeling a little fatigued after swimming the 100 freestyle semi-finals, but his emotions after breaking the record lifted him up.

“I’m very happy with the result, and that’s it. I’m already thinking about the next day.”

Coming off of an incredible performance at the Russian Olympic Trials in April, the versatile sprint dynamo is now off and running in Budapest, setting himself up for a strong showing in Tokyo in July and subsequently Season 3 of the ISL, beginning in late August in Naples, Italy.

In the 100 free, an event in which he broke the Russian Record last month in a time of 47.31, Kolesnikov heads into the final on Wednesday seeded third in 47.85 – though he did go a faster time, 47.53, in the preliminaries.

That race will give him a great chance to win a third gold medal in as many days, having also contributed to the Russian men’s winning 400 free relay on Day 1.

With the 50 freestyle and 100 backstroke still remaining on his schedule for the rest of the week, along with multiple relays, Kolesnikov has the potential for a historic medal haul as he continues to solidify himself as one of the best swimmers Europe has to offer.