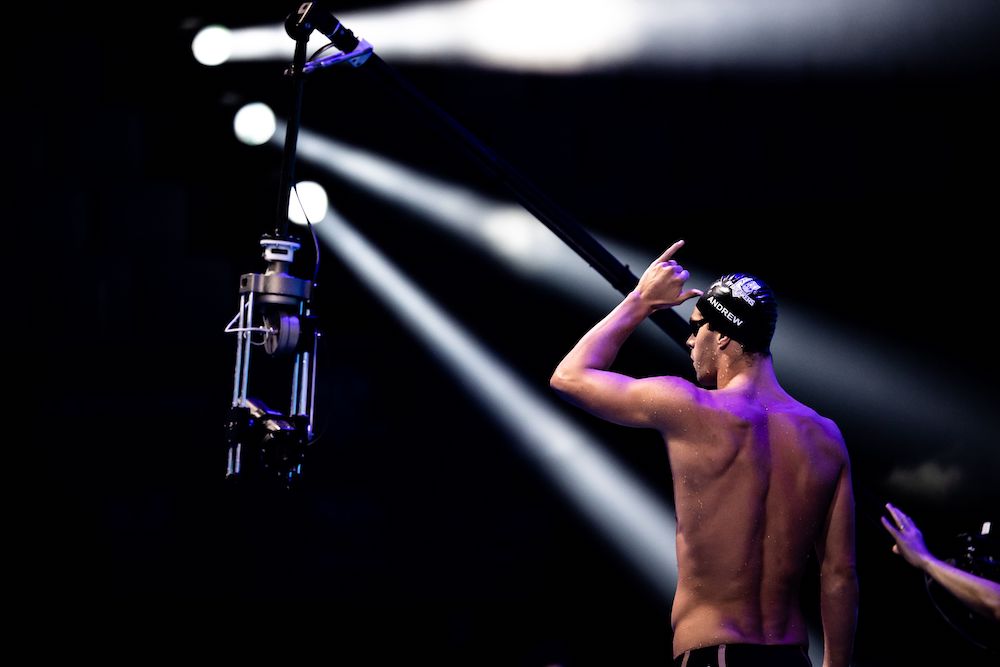 There are few swimmers built better for the International Swimming League than Michael Andrew.

Well-versed across all four strokes, Andrew has the sprinting ability matched by few, making him incredibly valuable in the ISL format with the talent to be competitive across 50 and 100-meter races, relays, and the all-important skins.

Already the top point-scorer on the NY Breakers through the first two ISL seasons, Andrew has added a new element to his training in recent months in the lead-up to this summer’s Olympic Games and ISL Season 3.

The 22-year-old has placed a premium on training for the 200 individual medley, an event he’s rarely contested in the ISL, as he sees it as one of his best opportunities to have success at the U.S Olympic Trials and ultimately in Tokyo at the Summer Games.

Andrew has also been a good medley swimmer – he was the 2016 Short Course World Champion in the 100 IM – but has never truly shifted his focus to the 200-meter distance until recently.

After finishing the 2019-20 long course season ranked fourth in the world in the 200 IM with a personal best time of 1:56.83, Andrew recently competed at USA Swimming’s Pro Swim Series event in Mission Viejo, Calif., winning the event in a time of 1:57.98.

Now the fastest American in 2020-21, an enviable position heading into the Trials, Andrew views the swim as a positive stepping-stone as he continues to prepare his 200 IM masterpiece.

“Overall, the piece of art, it’s coming together,” Andrew said in Mission Viejo. “The outline, the frame, is there, we just need to fill in the spots. I think the endurance is being built nicely. We really didn’t rest coming into this meet, and that says a lot for me because I’m used to resting into everything.”

Coming off of rigorous endurance training, Andrew – who has already signed up for the upcoming ISL Draft – is looking forward to implementing his patented speed in the coming months.

“I feel really confident with the endurance and the base we’ve put in, now it’s just getting that speed going,” he said. “The last couple of weeks have all been focused around 200, endurance, and now it’s time to get some of that speed back.”

The proposition of Andrew dramatically improving his endurance base is an intimidating one for his ISL counterparts.

With this improvement, not only will he become a factor in racing the 200 IM in ISL competition, but he’ll also be able to take on more events per session – and will be increasingly lethal in the match-ending skins.

All told, this development skyrockets the budding star’s potential point-scoring ability under the bright lights of ISL competition.