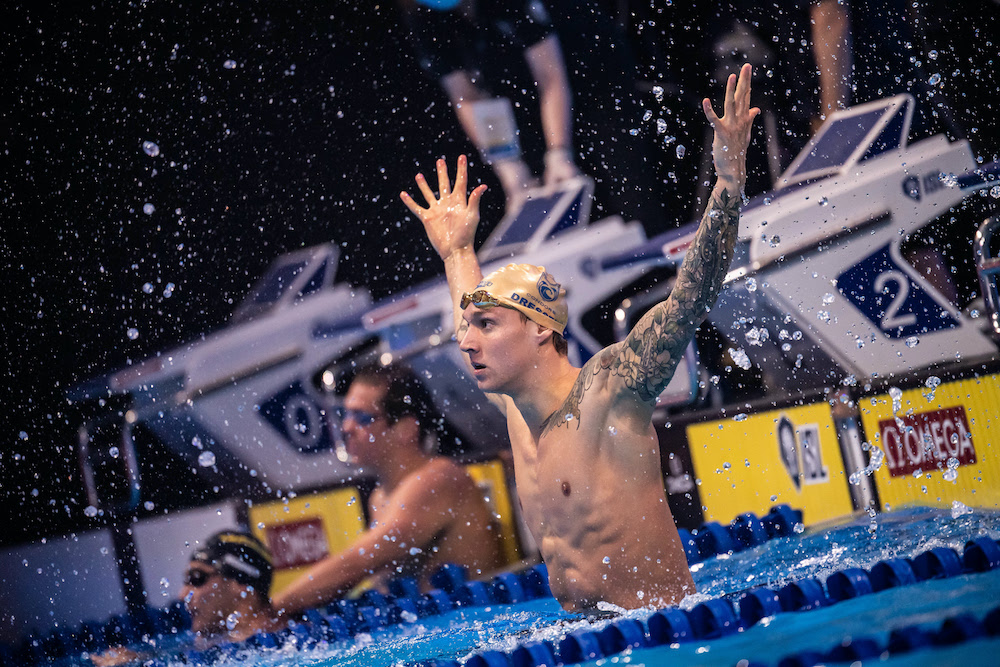 The early stages of swimming’s first-ever draft have been a smashing success for the International Swimming League (ISL), with 500 of the world’s top athletes having already registered for the selection process.

Several of the league’s best swimmers are among those who have signed up, including the three highest MVP scorers from Season 2: Caeleb Dressel, Lilly King and Beryl Gastaldello.

Other prominent female swimmers who have registered include Siobhan Haughey – another top 10 MVP scorer from Season 2 – Hali Flickinger, Freya Anderson, Emily Seebohm, Olivia Smoliga, Abbey Weitzeil, and Minna Atherton. Atherton was the first swimmer to break a world record in the ISL back in Season 1.

ISL Founder Konstantin Grigorishin says that the high level of interest from the athletes is an early indication of proof of concept for the draft format.

“The initial response to the ISL Draft has been absolutely outstanding with more than 300 swimmers signing up within 72 hours of us opening the registration page, and we now stand at the 500 mark,” said Grigorishin.

“The ISL is about breaking barriers both in and out of the pool, not least by creating a culture of gender equity, and with the ISL Draft we will see for the first time in the history of professional sports both men and women drafted with equal opportunity to compete in a league together.

The ISL Draft has been designed to fundamentally change the 10 ISL clubs’ athlete selection process, enhancing the competitive parity among the teams vying for the Season 3 title. Clubs will be given the opportunity to retain a maximum of 15 swimmers from Season 2, along with an additional swimmer maintained via an interactive online fan vote, before the teams can select 11 additional swimmers from the ISL Draft Pool. General Managers will complete their teams’ rosters, selecting from the remaining swimmers in the ISL Draft Pool only, for a maximum of 36 swimmers on their respective rosters.

Eligible swimmers interested in being selected for the ISL Draft Pool can find the registration form at https://isl.global/athlete-registry/.

The ISL Draft is scheduled to take place during the week of 21 June 2021.