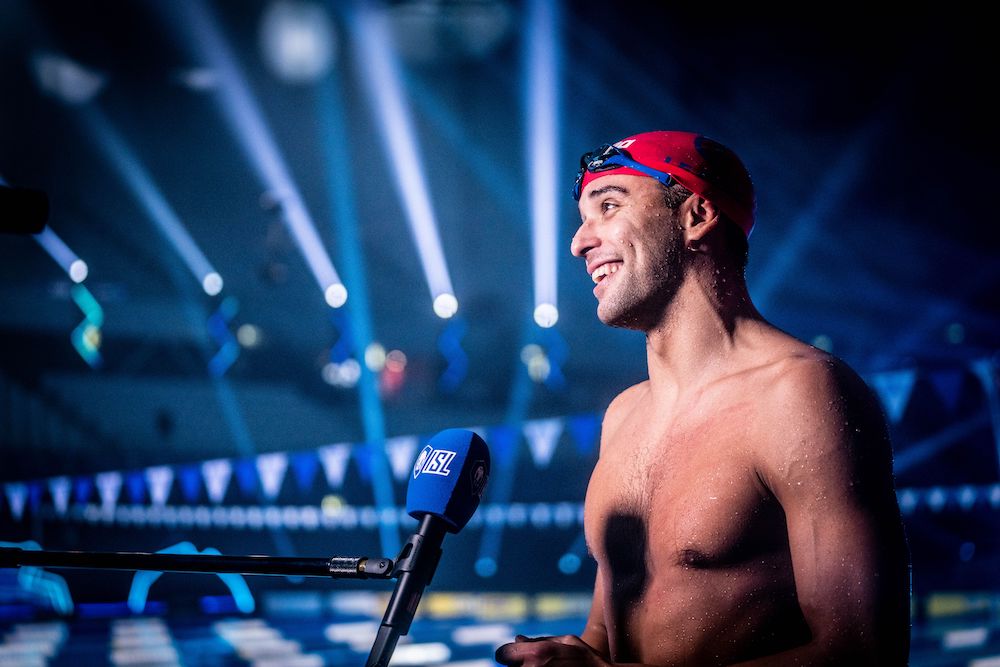 While the International Swimming League was able to give its athletes a few months of normalcy in October and November 2020, successfully delivering Season 2 inside the Budapest bubble, restrictions caused by the pandemic continued to hinder swimmers’ training once the season wrapped up.

Energy Standard, the inaugural ISL champions and 2020 runners-up, were unable to return to their training base at the Gloria Sports Arena in Antalya, Turkey at the beginning of 2021 because of the COVID-19 pandemic. This forced the athletes to return to train in their respective home nations under varying conditions.

Among those who had to make a move is men’s team captain Chad Le Clos, an ISL ambassador who has been among the league’s top performers through the first two seasons.

A native of South Africa, Le Clos has been training in and around his hometown of Durban in recent months, doing his best to get the most out of a difficult situation.

“When I came back off the ISL last year I had hopes of travelling back to Turkey and travelling around and meeting up with the team,” Le Clos said on the ISL Podcast in February, adding that the COVID-19 situation where he lives “is not so great.”

“I’ve been mixing it up really, I’ve made the best of the situation,” the 28-year-old said on his current training conditions.

“We don’t have access to too many long course facilities, so we’ve mainly been training short course and jumping around facilities. Like Monday, Wednesday, Friday at one pool, and then Tuesday nights another pool, so we have about four pools. We’ve been travelling, sometimes even an hour there and an hour back (to the pool), so it’s been long days but we’re making it work.”

As he continues to maneuver his training around the local restrictions, Le Clos is hoping to compete at South African Nationals in April, should it move forward as scheduled.

“I’ve actually got a really cool group with me at the moment,” he said, as he’s currently been working with a small training squad that includes fellow South African swimmers Ayrton Sweeney, Matthew Sates and Ethan Du Preez.

“Making it work and hustling in South Africa,” he said.