KATINKA: “IRON LADY” HOPES TO INSPIRE OTHERS IN UPCOMING DOCUMENTARY 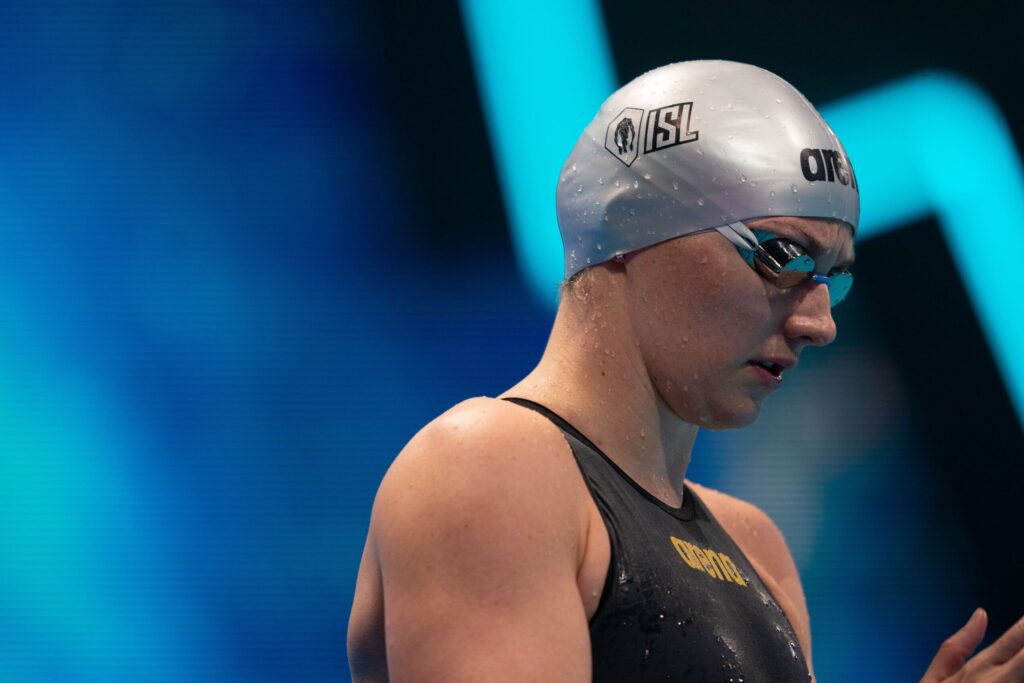 The International Swimming League boasts an abundance of the sport’s biggest superstars, but only one athlete holds the distinction of having an entire team named after them.

Katinka Hosszu is the leader of Iron, both in and out of the pool. The club is eponymously named after her nickname, the “Iron Lady,” as she’s both the acting team captain and the club’s co-owner.

After earning the nickname in 2012, Hosszu has epitomized its meaning over the last nine years with her relentless and tireless approach, taking on the toughest event lineup in the sport.

And now, the 31-year-old three-time Olympic champion will star in her own documentary, KATINKA, giving a behind-the-scenes look into her amazing career in the sport.

The doc, set to premier in December 2021, will chronicle Hosszu’s time as a competitive swimmer, from her early years in Hungary to winning four Olympic medals in 2016, all the way to her preparation for the 2021 Games in Tokyo.

Hosszu’s journey has certainly been one worthy of a full-length film, bouncing back from a massive disappointment at the 2012 Olympics to become one of the sport’s biggest stars and the face of swimming in Hungary.

Her main objective with the film, Hosszu says, is to motivate others and show them what they’re capable of.

“My goal with the movie isn’t for people to get to know me better, rather to inspire people to see that they are able to achieve great things if they have the patience and perseverance,” Hosszu said. “My swimming career has been a long journey of ups and downs, starting from a small town in Hungary with my grandfather.

“I believe that if you truly want something, you can find a way.”

In the ISL, Hosszu won Match MVP honors during the league’s visit to Budapest in Season 1, scoring 120.5 points in the inaugural season despite Iron only racing three times.

With the entirety of Season 2 taking place in the Hungarian capital, Hosszu totalled 123.5 points, including picking up three event wins in the 200 fly (2x) and 400 IM.

While admitting that the filming process can be tiresome at times, she’s also found that it’s helped give her a deeper inside look at herself.

“I enjoy making the movie, but of course sometimes it can be a bit tiring with training and my other obligations,” she said. “Interestingly it seems that while we are making the movie I get to know myself better, it almost seems like a very long therapy session.”

In addition to her performances in the ISL itself, Hosszu’s competition schedule in the years leading up to the league’s launch helped change the way the sport’s elite looked at balancing racing and training.

While the majority of swimmers would save their best performances for one or two competitions per year, Hosszu raced fast year-round, showing that doing so did not hold her back from being at her best when it mattered most – a mindset that all ISL athletes have had to adapt, on some level, to be successful.

Early in 2021, Hosszu has raced a handful of times, and while she has yet to meet her world record-level standards, the 26-time world champion is confident that these swims are part of the process as she builds into the year.

“The goal with this one was to get used to racing,” Hosszu said at the recent Hungarian Spring Nationals, which are also taking place in Budapest. “Fortunately, I am starting to feel better and better both mentally and technically.”

In the months leading up to the Games, and ultimately ISL Season 3, Hosszu is targeting May’s European Championships as the next major checkpoint in her pursuit of returning to world-class form this summer.

And all of it, the highs, lows, and everything in between, will be available for all to see come Christmas in the documentary.