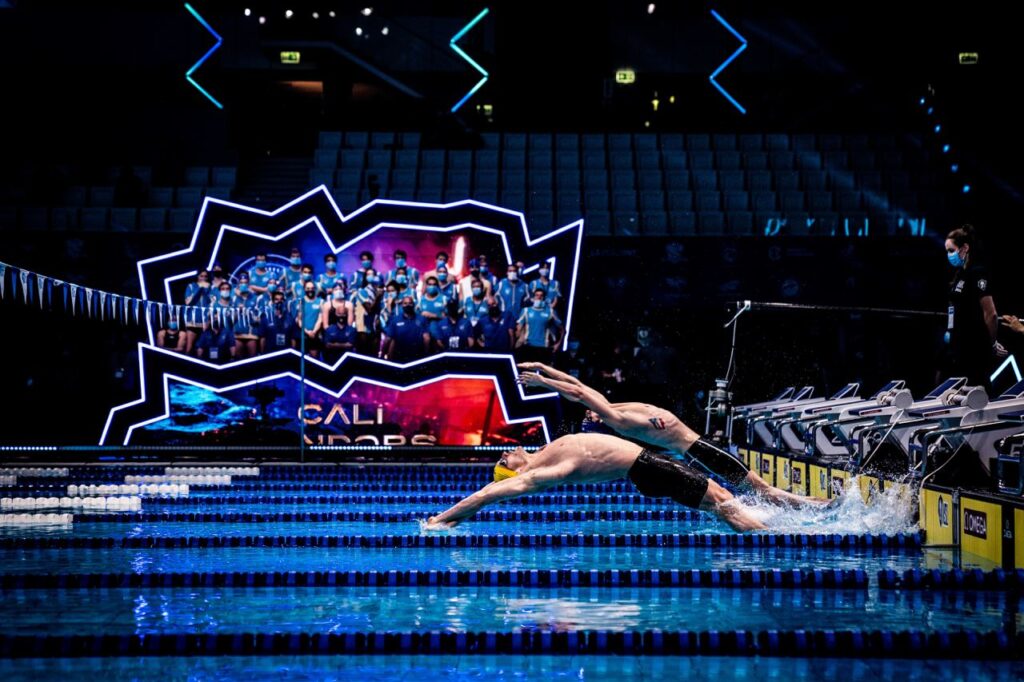 The four teams contesting the International Swimming League (ISL) final in Budapest this weekend are gunning for glory to bring Season 2020 to a thrilling conclusion.

Defending champions Energy Standard are up against the Cali Condors, this season’s only undefeated team, along with LA Current and London Roar. All teams claim to be at full strength with no injuries to report ahead of the hotly-anticipated showdown.

The same quartet of teams competed in Season 2019, with the Roar coming second ahead of the Condors and LA.

So far, three world records have been set – by London’s Adam Peaty and Kira Toussaint, and the Condors’ superstar Caeleb Dressel. Team bosses expect more world records to be broken in the final, which promises some of the best sporting drama anywhere in the world this weekend.

It brings to an end five weeks of competition featuring more than 320 swimmers from 10 international teams, who have been accommodated in a COVID-secure bio-bubble on Margaret Island on the Danube River. Season 2020 has been broadcast in 140 countries and territories.

The San Francisco-team will lean heavily on their big point-scoring weapons Dressel and breaststroke queen Lilly King, who come into the final in first and fourth in the season’s MVP standings after multiple wins to their names. Olivia Smoliga, Hali Flickinger and Beata Nelson are also swimming brilliantly.

General manager Jason Lezak says the team would “definitely like to start off with a bang”, but knows that emerging victorious over two days and 39 races will require more than just a few wins from the Condors’ superstars.

“We know that it has to do with the whole team stepping up and doing it together, that’s what we are focused on,” he says.

“Our team is not looking to break any records… that’s never been a goal on anyone’s mind. I think everybody is looking to win for the team,” he adds. “But based on the last several meets and the progression of swimmers, I’m guessing there’s going to be multiple records in the final.”

The Condors are hoping to erase the disappointment of 2019: “We have that taste in our mouth from last year that we didn’t necessarily like. We have come back with more than half [of that] team ready to do better than that.”

Lezak says the team learned from Season 2019 but it “doesn’t mean a whole lot” with this season’s new competition format including the jackpot rule and skins races potentially bringing huge points in the final race of the match. “It’s going to come down to the very end and be really exciting.”

The Paris-based team have raised their game impressively through the competition and head coach James Gibson insists they will be hard to beat in the final.

“Every team is carrying good momentum coming into the final especially Energy Standard. We got beaten by Cali in that first meet but we haven’t really looked back since,” he says.

That defeat was a defining moment, he admits, because the Standard’s swimmers responded superbly to their below-par opening match: “The team came together and built through the next four matches very well. In the semi-final, about 60 per cent of performances were season’s bests, showing how strong our team is.”

“We have crunched the numbers and we know it’s going to be exceptionally tight and difficult to predict. We are quietly confident we’re going to be a strong team in the final.”

Gibson believes the Standard can steal a march on their rivals with a strong start early on the opening day when Chad le Clos, Florent Manaudou, Sarah Sjostrom and Emily Seebohm all take to the water.

While they walked away from the ISL’s inaugural season as champions, Gibson says the shake-up of the rules this year means “it’s a completely different show” – and even more unpredictable.

“With the jackpot rules really mixing things up and the athletes stealing points off each other, strategy is going to be important over the next two days.”

“This whole competition is going to come down to some close finishes. We need to make sure our guys are ready for it.”
Asked whether he felt more world marks might be set, Gibson says: “Our guys are focused on the job in hand, just getting their hand on the wall first whatever the time is.

“It’s a great credit to the ISL to see so many records [many national ones] have already been broken from so many athletes… it just shows how much depth there is coming into this final.”

“Last year, we didn’t perform as well as we wanted. Our roster has changed quite a bit. We certainly want to learn from our experience and be better this time around,” he says.

Krayzelburg says he and the coaches have analyzed data from Season 2020’s regular season and semi-final matches to sharpen their strategy. And he believes some upsets are possible.

“The level of competition is going to be at its highest over the next two days. You kind of throw the times out of the window a bit and it’s who is able to handle the pressure the most, who is going to be able to perform.”

He is pleased to see the progress of the team’s athletes through the competition, claiming they are peaking at the right time.

Beryl Gastaldello and Ryan Murphy boast plenty of race wins and have brought lots of points. Tom Shields, Abbey Weitzeil and Anastasia Gorbenko have risen to the occasion with a clutch of important wins and should repeat the feat again this weekend.

Krayzelburg claims it’s not just the winners’ points that will help decide the match but also swimmers coming in lower down: “The way the scoring is this season, getting your hand on the wall first or third could really swing the match one way or another.

“I think it’s going to come down to the very end like it did last year and is going to be really exciting.”

Speaking about the bubble that the athletes have lived in for six weeks, he is full of praise for ISL organizers. “Once they settled in, athletes really appreciate being in a nice routine where all they do is think about training and racing and everything else is taken care of,” he says.

“That’s one of the reasons for the success of the league and how well the athletes have embraced it. The ISL did a tremendous job to create systems here for everyone feeling incredibly safe.”

London have belief and focus

New world record holders Adam Peaty and Kira Toussaint are buzzed up heading into the final. The British Olympic gold medalist set a new 100m breaststroke world record on Day 2 of the first semifinal, while the Dutch swimmer clocked a world best in the women’s 50m backstroke.

Roar chiefs are hoping they can make a massive contribution along with swimmers such as Freya Anderson, Alia Atkinson, Marie Wattel and Duncan Scot and Guilherme Guido, who are also in fine form.

General manager Rob Woodhouse says the swimmers need to be at their best, and a strong first session would be a bonus: “It’s not really about worrying what other teams are doing in those first few events but our athletes focusing on the task in hand.

“We’re looking forward to it. And if we get off to a great start then that’s going to get the ball rolling.”

After each meet of London’s ISL campaign, he has noted “an increased belief from the athletes in what they could achieve”.
Woodhouse says the Roar learned from last year’s final “as a team and as individuals”, but the rebooted format for Season 2020 sets the stage for a more open final.

Without revealing more, he says there were a “couple of difficult choices” in who was left out of the team. “Those decisions have been made and now everyone is ready to fire.”

DIGITAL PLATFORM: Matches are being live streamed in countries with no broadcaster agreement on the ISL digital platform ISLand, which can be accessed here.