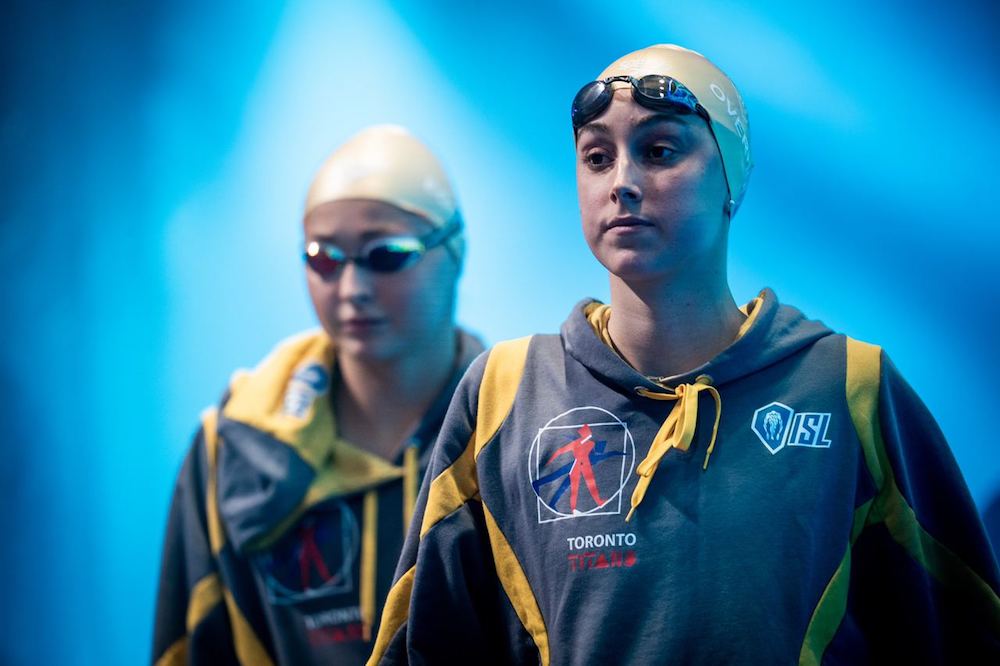 The ISL newcomers are up against early title favorites Cali Condors along with LA Current and Team Iron. The second semifinal will take place from 18:00 to 20:00 CET both days at the Duna Arena in Budapest.

After finishing seventh of 10 teams in the regular season, Kent admits his Canadian charges have their work cut out to come second and qualify for the Grand Final on November 21 and 22.

“Iron we have faced a couple of times. I think it’s a team that’s within our grasp. Cali and LA will be tough,” he says, adding that the extra day of rest thanks to being in the second semi will help after a grueling schedule of three matches in 10 days.

The Titans have impressed in their debut season. In their four regular season matches, they have notched one second spot, finished third twice and placed fourth.

Kent says anything can happen in the semifinals and the Titans are capable of causing a few upsets.

“For sure, one of the exciting parts about being the underdog is you’re not expected to be up there. I think we definitely have it within us to pull off a few shockers,” he says.

Asked what the Titans need to do to put points on the board and stick close to their rivals, he singles out the backstroke for both men and women as a major team strength.

“Kylie [Masse] and Lisa [Bratton] have been really consistent. I think they will be fired up and ready to go. On the men’s side, Shane Ryan after a few days of rest is going to be looking really sharp.”

He says the 200m breaststroke field is very open and, after the women upset Energy Standard in the women’s medley relay, another surprise is possible against the high-flying Condors: “If everything aligns and the team comes in ready to go, I think it is doable.”

Kent says the Titans have some swimmers “who I think are great utility players” that can perform solidly in the middle positions and avoid getting jackpotted and having points stolen by the race winners.

The schedule of 39 races over two days is “favorable to our strong events … if you can get a couple of feel-good victories early, you can really get the momentum going and get everyone excited. That’s where those depth swimmers really start to step up and shine.”

After their last match earlier this week, the Canadian team were given a day off to recharge their batteries.

“It’s amazing what a little bit of rest can do. The next day they are swimming fast in the pool, everybody is all smiles, joking around,” says Kent.

“It’s really a credit to this team how quick they are to bounce back and how good their attitude is in general. They are excited, they’re ready to go. It will be a lot of fun.”

So what would it mean to make the final? “It would be huge. Everyone back home has been really excited,” he says. “It has got great coverage on CBC Sports in Canada.”

“It’s not going to be easy but we will do our absolute best to try to make it,” she says. A few days rest has refreshed the swimmers who were suffering fatigue in a difficult fourth match when they placed third just behind the Tokyo Frog Kings.

“We are more than ready to go on Sunday.”

Szekeres accepts that the Condors are favorites to top the standings but expects a titanic battle with Toronto and LA Current, who the Budapest-based team have yet to meet.

“We try to be prepared for everything and hope for the best. I really think that anything can happen, so we need to keep pushing through the two days,” she says. “We always get better not just throughout the first day but from day one to day two.”

“We have seen for the whole season with the jackpot [rule] that a couple of events can turn it around and move a lot of points.

We have those events, the 50m fly and freestyle depending on who we go up against, that can make a huge difference.”

Once again, the team will rely heavily on the performances of Katinka Hosszu, the ‘Iron Lady’, Ranomi Kromowidjojo, Melanie Henique and breaststroke and freestyle specialist Emre Sakci. Marco Orsi and David Verraszto have also swum strongly.

Speaking about three-time Olympic champion Hosszu, Szekeres says: “She has a pretty big program but she’s been doing better and she is super motivated to perform as best she can to help the team as much as possible to get to the final.”

For the men, she labels Sakci the “new superstar of the league” and hopes he can bring some big points.

The thrilling skins races that conclude Day 2 could be pivotal in deciding which team gets second in the match standings, likely behind the Condors. “It could very easily go down to it,” she says, underlining the importance of the 4x100m medley relay, the winner of which chooses the stroke for the skins race.

“The end of Day 1 will be very important to make sure that we put out the best medley relay team possible and put the guys in the best position to perform well and try to make a win,” she says.

She says the Iron swimmers will do their utmost to reach next weekend’s Season 2020 showdown.

“There’s a good team feeling. Everyone wants to swim for each other for the team to be successful,” she says. “It’s really nice to see each and every one of them so motivated after four or five weeks. It’s been a long time, but you don’t really see that. They just want to keep going and fighting for the final.”