SANTOS, HAYDEN ROLL BACK THE YEARS AT ISL 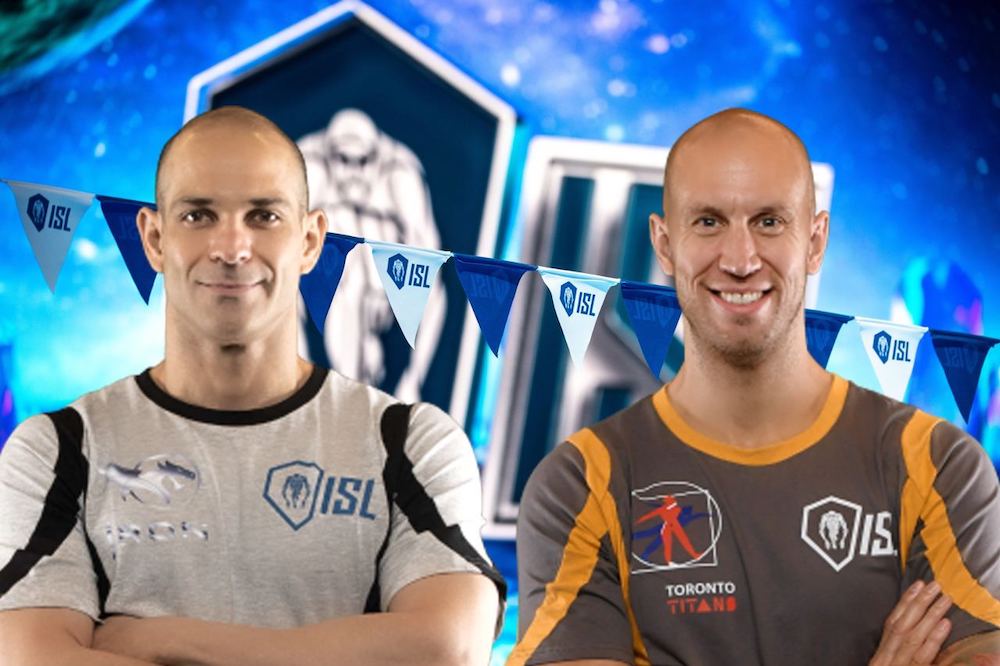 Nicholas Santos and Brett Hayden have been showing the swimming world that age is no barrier to setting new standards in swimming excellence at the International Swimming League (ISL) Season 2020.

The 40-year-old Brazilian and 37-year-old Canadian are competing for Iron and Toronto Titans, respectively, often against swimmers who were young children when they made their international debuts.

Despite the age gaps, the pair are taking their international careers into a third decade in winning style at the ISL, being held over five weeks at the Duna Arena in Budapest.

In Match 9 Santos enjoyed his third victory of the season when he came home first in the 50m butterfly to ensure Iron reached the semifinals. He also finished in the top three in the 100m butterfly just as he did in Matches 4 and 7.

Santos is swimming some of his best races in Budapest, as he continues his international career that began in 2001.

“There is no secret. It is all my work,” he said. “I look after myself, watch what I eat, what I drink and the rest days.

“In the water I just do some high-intensity practice. I do a lot of weights in the gym and that really helps me a lot, especially in short course.”

For Hayden, ISL Season 2020 marks his return to competitive swimming following seven years away from the pool after being troubled by back problems.

The Vancouver native, who celebrated a birthday in Budapest, retired from swimming following the London 2012 Olympic Games where he won bronze in the 100m freestyle.

However, while on holiday in 2019 he found himself training more and more seriously in the resort pool and in September of that year he returned to the high-performance unit in Vancouver.

Hayden’s initial goal had been to qualify for the Tokyo 2020 Olympic Games, but its postponement to 2021 means he was able to focus on the ISL season instead.

In Budapest he has helped Toronto’s men’s 4x100m freestyle relay team to two victories, a runner-up spot and a third-place finish.

“This has been super exciting,” Hayden said. “While I was retired and the ISL was first announced I wished it was something they had during my time, so the fact I’m here now is such a wonderful experience.

“Having all these matches back to back to back you don’t really have a lot of time to come down and get ready again. Which is really different from usual meets where you have time to go back and tweak a few things.”

Santos made his World Championships (50m) debut in 2001 though he had to wait until 2015 to win his first medal, a silver in the 50m butterfly, which he repeated in 2017. He also won bronze in the distance in 2019 and in doing so became the oldest swimmer to win a World Championships medal.

The Sao Paolo-born Santos has also won four World Championships in the 25m and two in the 50m butterfly.

Away from the pool he has a degree in physiotherapy and holds a Master’s in Business Administration, but for now his mind is set on competing in the pool.

“It is an awesome competition,” Santos said. “In two hours, you have to swim a lot to help the team, not just your main event. Hopefully, I will swim better in the semifinal.

“The special thing here is how I manage the fatigue. I am not feeling so tired after a competition but even so with two days’ rest before the semifinal I will be able to go even faster.”

Hayden and Santos are set to meet again in Semifinal 2, where Toronto and Iron will also face LA Current and Cali Condors, who finished top of the regular-season standings.

Hayden’s international career began when he was selected for Canada’s team at the Manchester 2002 Commonwealth Games.

As well as competing at the Athens 2004, Beijing 2008, and London 2012 Olympic Games, Hayden also featured in five World Championships, so he has plenty of experience to call on as Toronto aim to mark their debut season with a place in the final.

“We are going to take a few days off, then come together as a team and get fired up to race again,” he said. “You’ve got to forgive your mistakes and put them into your experience bank and learn from them.

“What has been really cool is seeing how swimmers keep coming back and pushing up those performances. The ISL has really helped a lot of swimmers’ resilience in being able to keep going and I am excited to be a part of it.”