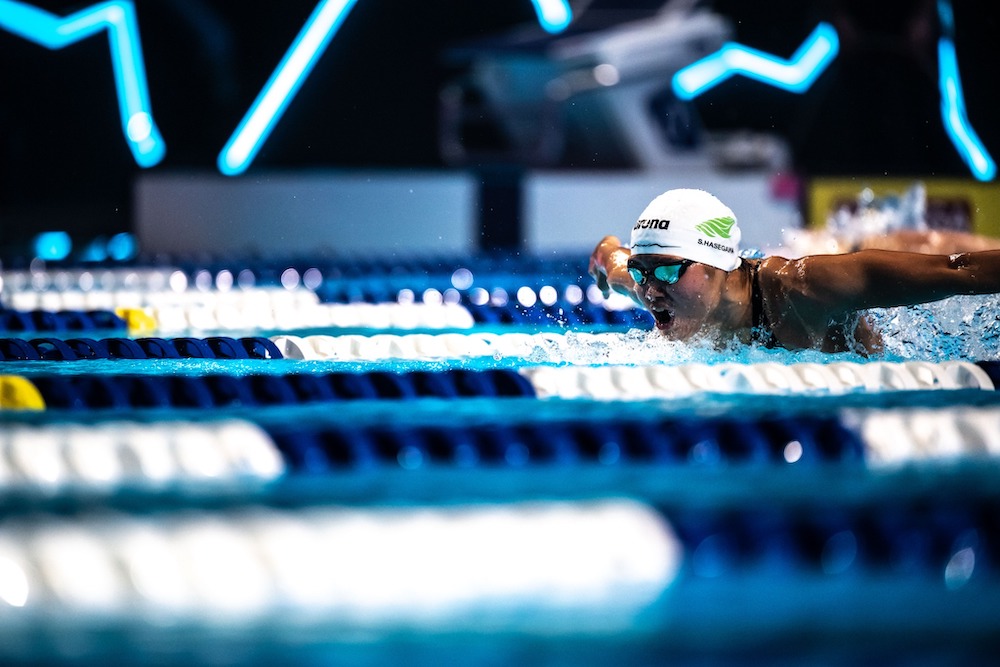 Energy Standard Paris fired a warning shot across the bows of its International Swimming League (ISL) rivals ahead of this weekend’s semifinals with a dominant performance in Match 9.

The defending ISL champions added 10 victories on Day 2 to the nine it earned on Day 1 to finish the match with 573.5 points. The Tokyo Frog Kings were pushed hard by Team Iron, but three wins from the four medley races allowed them to hold onto second place with 428 points. Iron finished in third on 415.5 points, followed by the Toronto Titans in fourth with 289.

Taking place at the Duna Arena in Budapest, ISL Season 2020 is the biggest sports event of the year and is being broadcast in more than 140 countries and territories around the world. Click here to find out how to watch the action.

Standard entered Day 2 in a confident mood thanks to sterling Day 1 performances from its star swimmers, led by Sjostrom and Chad le Clos. Evgeny Rylov, Danas Rapsys, and Benedetta Pilato also enjoyed first-place finishes in the opener, while there were three wins for the relay teams.

Two of those wins came in the women’s and men’s 4x100m medley relays and meant that Energy Standard had the choice of stroke for the 50m skins elimination races.

Sjostrom led home another one-two finish to start Day 2. She touched the wall first in the 100m freestyle in 51.64 with teammate Femke Heemskerk second.

In the women’s 200m freestyle, favorite Siobhan Haughey of Hong Kong not only won the race, she set an ISL and Asian record in the process with the fourth-fastest time in history (1:51.19). She jackpotted three swimmers to earn 15 points for her team.

“I’m really happy with my swim today, especially as we’ve had so many meets before this,” Haughey said. “The coaches took me out of the 100m to keep me fresh for this and it worked.”

Le Clos kept the wins coming in the 200m butterfly, overcoming the Frog Kings’ Yuki Kobori over the last 25 meters to finish in 1:50.24 and secure 15 points for his team. Kliment Kolesnikov then held off Iron’s Robert Glinta to win the 100m backstroke in 49.65.

Rapsys matched Haughey’s success in the men’s 200m freestyle and ensured another 200m-400m freestyle double with a 1:41.18 after holding off Tokyo’s Katsuhiro Matsumoto.

Haughey then anchored the 4x100m mixed freestyle relay team to victory in 3:16.81 along with Kolesnikov, Evgeny Rylov, and Pernille Blume.

To round off the match, Sjostrom and le Clos triumphed in the women’s and men’s 50m skins elimination race to ensure Energy Standard head to the semifinals with confidence running high.

“Awesome, that was great,” le Clos said after the skins. “I really wanted to win this race, it was a big honor for me, being the main event.

“I changed my goggles to my lucky goggles after the second race. I wasn’t planning to change them till the final.”

Natsumi Sakai defeated a strong field in the 50m backstroke, while Takeshi Kawamoto tied with Toronto’s Shane Ryan in the men’s race before Leah Smith made it six victories for Tokyo by winning the women’s 400m freestyle.

The Frog Kings were quicker out of the blocks on Day 2, securing their first win in the second women’s race of the day, the 200m butterfly, which Suzuka Hasegawa won in 2:04.50, followed by teammate Sakiko Shimizu in second.

There was double success in the women’s and men’s 400m individual medleys. Ohashi won the women’s race in 4:25.84 with Shimizu ensuring another one-two finish, while Hagino was victorious in the men’s with 4:01.77.

“We are happy to have reached the semifinals, but our goal is to reach the final,” Tokyo captain Ryosuke Irie said. “We now have three days to rest and we will work hard to relieve our exhaustion.”

Emre Sakci secured Iron’s only victory on Day 1, in the men’s 50m breaststroke, but six second-place finishes and one third helped push the Budapest-based team into third.

Melanie Henique grabbed Iron’s first victory of Day 2, when she won the 50m butterfly in a pool full of superstars, including teammate Ranomi Kromowidjojo, who finished second, and Energy’s Sjostrom and Madeline Banic. All four swam under 25 seconds, but it was Henique’s monster effort of 24.62 that won the race and jackpotted half the field and 19 points.

Marco Orsi impressed in the men’s 100m individual medley with a time of 51.74, with teammate Yakov Toumarkin coming in third to boost the team’s points tally.

Forty-year-old Nicholas Santos rolled back the years to win the men’s 50m butterfly in 21.78, the second-fastest time in history and only 0.03 off his own world record. Santos jackpotted six swimmers to earn a whopping 30 points for Iron.

Iron’s Turkish delight Sakci added another win in the 100m breaststroke. His time of 55.74 was just outside the world record, the second time that he has come close in Season 2020.

Sakci scored a valuable 19 valuable points that edged his team ahead of Tokyo at the time in the battle for second place, but the hometown team was ultimately unable to sustain the momentum.

Unlucky No.7 for Toronto

The Titans enjoyed seven wins in total over the two days of competition, though it was not enough to keep the ISL debutants off bottom spot.

Blake Pieroni grabbed an early victory on Day 2 when he finished the men’s 100m freestyle in 46.33. He led at the halfway stage and then held off the fast-finishing Rylov of the Energy Standard to touch home first.

Kylie Masse added another win in the 100m backstroke. Her time of 56.04 pushed Standard’s Seebohm into second and showed her continuing improvement over Season 2020.

“I’m really happy with that win,” Masse said. “It is my fastest time since being here. I can’t complain, getting the win was the priority and means good points for the team.”