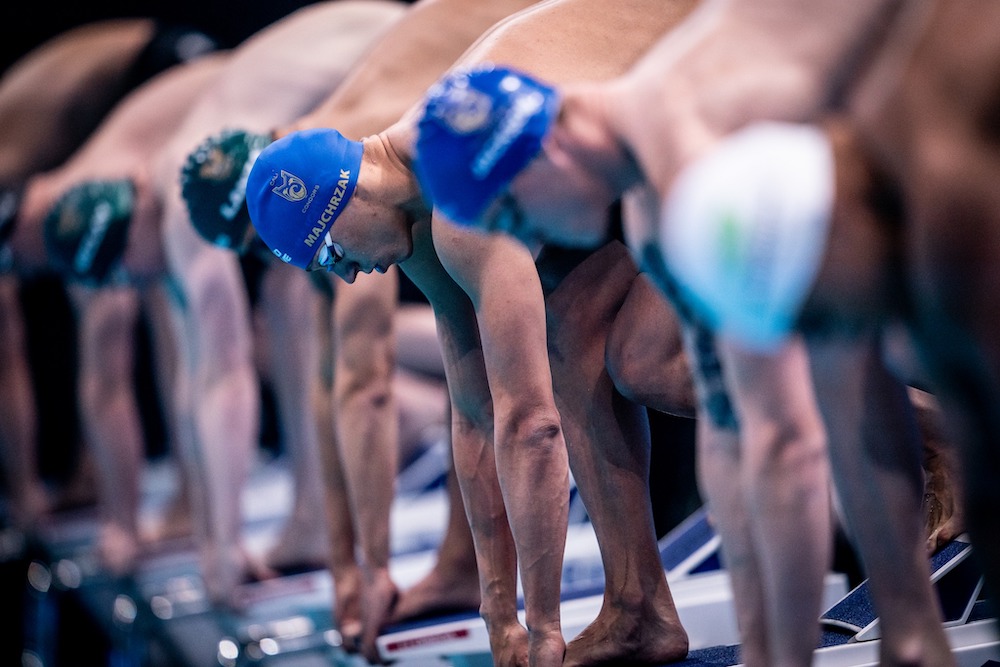 It’s a case of déjà vu for the Cali Condors and London Roar. Just three days after competing against each other, they square up again in Match 10 of the International Swimming League (ISL).

The Condors came out on top against London by a margin of just 15.5 points on Friday. There’s no doubt the Roar will be keen to take their foes down a peg or two on Monday and Tuesday in the concluding match of the ISL Season 2020 preliminaries.

But fellow opponents the LA Current and Aqua Centurions will be looking to spoil the party.

The Condors and Roar are assured of semifinal spots. The Current occupy fourth spot in the season’s standings and are looking to discover the right team formula for the semifinals.

Meanwhile, the Centurions are swimming for pride in their final hurrah of ISL Season 2020, the biggest global sports event this year.

Vini Lanza, the Roar’s distance butterfly supremo, expects an exciting contest, saying: “I am really looking forward to that match, it’s going to be a tough one for sure.”

As the only unbeaten team in ISL season two, the Condors are the in-form side that the opposition is gunning to take down.

“I think they have shown that. We want to be there, the greatest team in the ISL … and you have to beat the best team,” Lanza adds.

The Condors’ Townley Haas is also relishing the prospect of resuming the intense rivalry with the Roar. He claims the US team will have to be at their sharpest to conquer them with the semifinals looming.

“It’s not going to get easier. Both teams are still figuring out their best lineup, who to swim what events. I definitely think it’s going to be a battle the whole way, ideally, to the finals,” says Haas, who chalked up a victory in the 200m freestyle in Match 8.

Haas says the Condors’ have no secret weapons to propel them to another match win. It’s more a matter of the coaches continuing to experiment in an effort to uncover the best combinations of swimmers. “I think you’ve seen everything we have,” he says. “I’m sure there will be some changes, figuring out who goes where.”

There are some familiar match-ups to excite the ISL’s global fanbase; the competition is being broadcast in 140 countries and territories.

London’s Alia Atkinson will be out for revenge against the Condors’ breaststroke queen Lilly King, who got the better of her in Match 8.

Who can stop Caeleb Dressel’s momentum towards another MVP accolade is anyone’s guess. What is certain is that the multi-eventer is pivotal to the Condors’ hopes of victory.

Lanza acknowledges that it will be hard to stop King and Dressel bringing the points. “It is tough to neutralize those two,” he says. “But I think as a group we can swim better. We don’t have one weapon, I think we have 28.

“Everyone here can contribute and swim better and get those extra points,” the Brazilian adds. He says executing some 1-2 finishes and picking up more points down the order in races “can really, really build and make a difference.”

Both London and the Condors will be keeping an eagle eye on the LA Current, who are only getting better. In Match 5, they came within a whisker of beating the Roar; in Match 1 they pushed the Condors hard and came third.

LA’s superstar swimmers Tom Shields, Beryl Gastaldello and Ryan Murphy have upped their games through the competition. Shields has already beaten Dressel in the men’s 100 butterfly, while Gastaldello is flying after big wins in previous rounds.

Lanza and Haas know the Current will provide a real threat.
“For sure, and they showed that in the last match against us. It was a tough battle right to the end,” says Lanza.

Haas admits the Condors will have to work hard to gain points against the Current.

“Yes, definitely. They were the fourth team in the finals last year, so we knew they had a great team coming in.

I think it’s going to be a battle between all the teams going into the semifinals and finals,” says Haas, who reveals that he’s looking to improve on his starts and turns before the latter stages of Season 2020.

The Rome-based team is rooted to the foot of the team standings and have nothing to lose in its final match. It’s all about pride now.

After coming seventh last year, the Centurions have struggled to pick up points through their three previous matches.

But their star swimmers such as Szebaztian Szabo and freestyle specialist Mykhailo Romanchuk will be gunning for race wins and fired up to ensure their team goes out of the competition with a bang and not a whimper.