KELSEY WOG: NO PRESSURE ON TITANS AS SEMIS BECKON 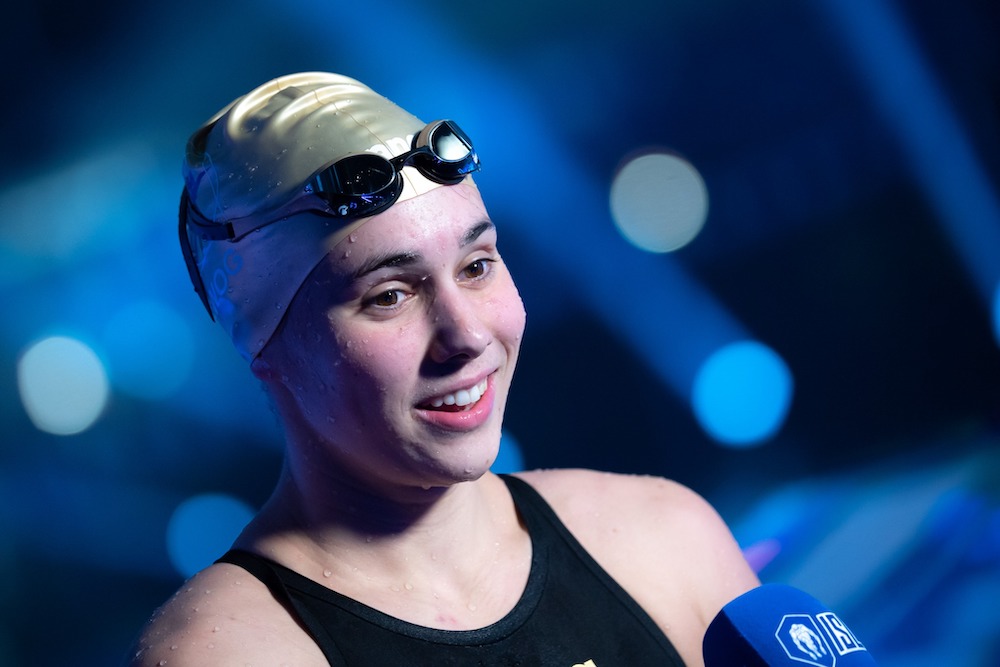 The Toronto Titans are one of two new teams in Season 2020 of the International Swimming League (ISL), but despite their rookie status, the Canadians have adapted quickly to the unique style of competitive swimming and are on the cusp of a semifinal appearance.

Heading into the final round of matches on Monday and Tuesday, Toronto is tied with fellow newcomers the Tokyo Frog Kings in sixth place on seven points. The Titans face the Frog Kings, defending champion Energy Standard Paris and home team Iron in Match 9.

With the top eight teams going through to the semis, another solid performance is likely to mean an extension to their stay at the Duna Arena in Budapest.

“It is definitely a new format for a lot of us and I feel that our whole team has been doing a really good job managing it, stepping up and having some great performances,” Titans’ breaststroker Kelsey Wog said.

“It is super cool that we have a Canadian team,” the 22-year-old native of Winnipeg continued. “We have a lot of Canadian swimmers that make up the base of the team and some amazing swimmers from around the world as well. The team gets along really well, and it has been super fun.”

Wog has been one of the swimmers who has stood out for Toronto.

The 2020 Canadian University Female Athlete of the Year won the 200m breaststroke in all three of her ISL matches, and also helped the women’s 4x100m medley relay team win in Match 6 before claiming the 200m individual medley in Match 7.

Along with Wog, Louise Hansson has enjoyed victory in the 100m butterfly, while Lisa Bratton and Kylie Masse have added wins in the backstroke.

Toronto finished second in Match 6 and third in Matches 3 and 7. The Titans were in second overnight in Match 7, but Iron sparked a Day-2 comeback that allowed the Budapest-based team to leapfrog Toronto into the runners-up position.

“I have just been doing my best, our whole team is just doing our best,” Wog said. “The meet is definitely catching up to us as we go along, but we’re going to continue to do our best to recover and get back for the next race.

“Going into the ISL, I didn’t know how our team was going to do. There are so many different rules and anything can happen. It has been great fun getting out there with our team and we have done quite well.

“I’m really proud of how I’ve been making little adjustments from one meet to another and we have the chance to improve as the meet has gone on.”

Wog competed for Cali Condors in Season 2019, recording a second-place finish in the 200m breaststroke in the Grand Final in Las Vegas.

However, with a new team and a number of its swimmers making their ISL debuts, there was no target set for how well Toronto should perform this season.

“I didn’t know what to expect coming into this,” Wog said. “We’ve just gone in there and given it our best shot.

“It is really cool to swim here with the best in the world and learn from everybody. I have really been enjoying watching my teammates train.”

ISL Season 2020 is the biggest sports event of the year and is being broadcast in more than 140 countries and territories around the world. Click here to find out how to watch the action.

The semifinals are scheduled for November 14, 15 and 16, with the Season 2020 champion team to be crowned after the final on November 21 and 22.