ENERGY STANDARD LAYS DOWN MARKER WITH DOMINANT VICTORY IN MATCH 7 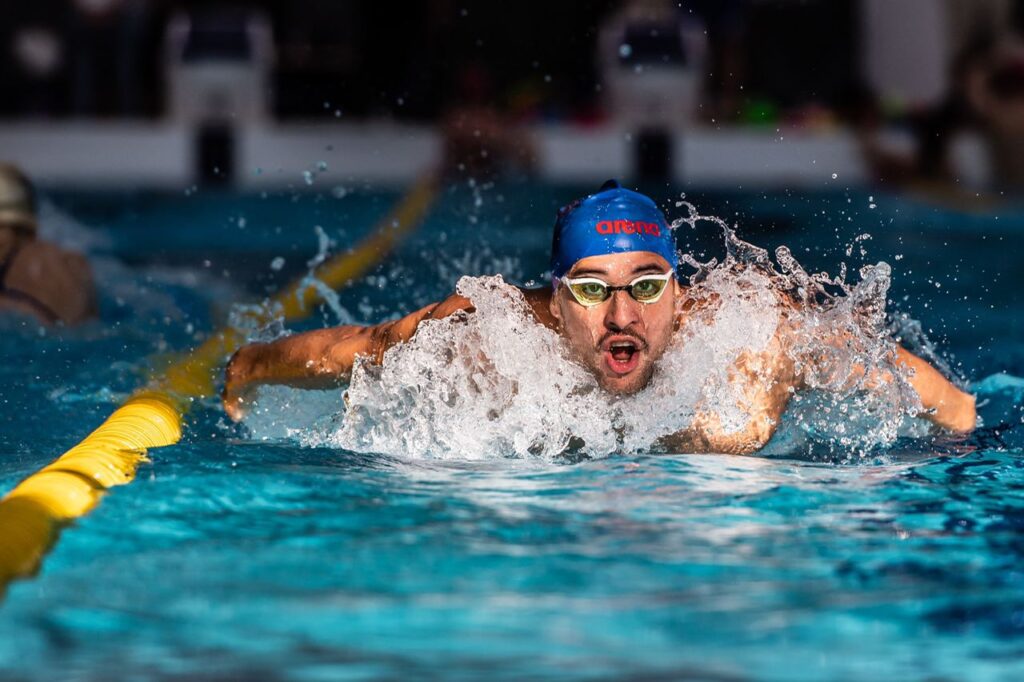 Energy Standard Paris showed its class to secure victory in Match 7 of the International Swimming League (ISL) and send a message to its rivals that it will not be giving up its status as reigning champion easily.

James Gibson’s team led overnight following 11 victories on Day 1 and his charges added a further 10 wins to seal a dominant performance at the Duna Arena in Budapest.

Standard finished with 613 points, ahead of Iron in second with 448, Toronto Titans in third on 399, and DC Trident in fourth with 256.

While Paris cruised to victory, there was an almighty tussle for second place between Toronto and Iron.

The Titans had the advantage overnight, but Iron was sparked by Hungarian heroine Katinka Hosszu’s victory in the 200m butterfly midway through Day 2 and began to close the gap on Toronto.

Ranomi Kromowidjojo’s second-place finish in the women’s 50m skins edged Iron further ahead and Emre Sakci ensured second place for the local team with a win in the men’s 50m skins. It also earned him the match MVP award.

No drop in Energy’s levels

Anastasiya Shkurdai and Chad le Clos opened the match with victories in the women’s and men’s 100m butterfly events, before Emily Seebohm and Evgeny Rylov added two more wins in the men’s and women’s 200m backstroke.

Seebohm finished in 2:01.56, one of four swimmers that swam under 2:02, and collected an impressive 15 points for her team by jackpotting four swimmers.

Pernille Blume, Madeline Banic, Siobhan Haughey and Femke Heemskerk teamed up to take the women’s 4x100m freestyle relay, before Sarah Sjostrom produced a fast finish to hold off Iron’s Kromowidjojo in the women’s 50m freestyle, and Florent Manaudou beat all comers in the men’s 50m free.

Haughey returned to the pool to win the 400m freestyle, a result matched by Danas Rapsys in the men’s, although he had to kick hard over the final 50m to emerge victorious.

The Lithuanian stopped after 350m thinking that he had finished with the win. It took him a short while to realize his mistake thanks to his teammates urging him on from the pool deck, and such was his lead that he was still able to hold on to win despite a strong finish from DC Trident’s Zane Grothe.

“I thought I was going to finish and when I touched the wall it was a really strange feeling because I was looking at my teammates and they were shouting and moving their hands to make me go,” Rapsys said.

“Then after three seconds I realized I had not finished so had to give everything. But I was really tired and the last 10 meters were really hard for me.”

In the final two races Seebohm, Shkurdai, Sjostrom and Benedetta Pilato combined to win the women’s 4x100m medley, before le Clos, Manaudou, Rylov and Ilya Shymanovich did the same in the men’s race.

On Day 2, Sjostrom kept the momentum rolling when she won the opening race, leading home Haughey in a one-two finish. Proving that he is back at the top of his game, le Clos kept the victories coming by adding the 200m butterfly to his victory in the 100m butterfly the day before in 2:05.45 to secure 19 points for his team.

Haughey and Rapsys doubled up in the freestyle when they added wins in the 200m to victories on Day 1 in the 400m, and in Rapsys’ case without the drama of the previous day’s race. Haughey finished in 1:51.88, ahead of teammate Heemskerk.

Shymanovich showed his class to beat Iron’s Sakci in the 100m breaststroke (55.85 to Sacki’s 55.97), before Rylov, Haughey, Kolesnikov and Blume teamed up to produce a dominant performance and win the 4x100m freestyle mixed relay in 3.15.91.

Sjostrom wrapped up an impressive performance for Energy Standard Paris with victory in the women’s 50m skins elimination race.

The Swede won both preceding matches and then recorded 23.72, her best time of three races, to win.

“They did awesome today and yesterday,” Gibson said. “There was a bit of fatigue from our second match as we only had two days’ break, but now we can rest up and go again.

“I’m happy we’ve come away with a big victory. We have a tough schedule so I’m very confident that when we get to start later, we will improve more.”

The Budapest-based Iron had to be patient for its first win on Day 1, but Ida Hulkko rewarded the team’s patience by upsetting Italian teenage sensation Pilato in the women’s 50m breaststroke.

Leonardo Santos then put in an impressive performance to win the men’s 200m Individual medley.

Turkey’s Emre Sakci set a new ISL and European record by finishing the men’s 50m breaststroke in 25.29, just four 100ths of a second off a new world record. He used his victory to pay tribute to the victims of the Izmir earthquake with the name of the city written in large letters on his left pectoral.

Local favorite Hosszu showed her class to lead home the field in the women’s 200m butterfly in 2:05.45 to galvanize the team in their pursuit of Toronto on Day 2.

Hulkko added the 100m breaststroke win to her victory in the 50m breaststroke to make it three straight wins before Verraszto used the freestyle leg of the men’s 400m individual medley to come from behind and keep Iron’s hopes of finishing second alive with a time of 4:04.70.

Kromowidjojo and Sakci rounded off a satisfying performance with second and first in the women’s and men’s skins, respectively, putting Iron in second to stay. Sakci once again dominated in the skins, winning in 25.57, his third 50m breaststroke swim under 26 seconds this ISL season.

“He is an absolute legend and inspiring us to great performances with his performances,” Robert Glinta said of Turkish teammate Sakci. “The impact of the earthquake made a huge emotional impact, and he used all that emotional energy and put it in the water.

“He has a great attitude and doesn’t let anything wear him down. It showed in the competition because even though it probably affected him emotionally, he stepped up and used that emotion to nearly set a world record.”

Anton McKee came in first in the men’s 200m breaststroke, just as he did in Match 3, while Kylie Masse and Shane Ryan were victorious in the women’s and men’s 50m backstroke.

Yuri Kisil gave the Titans a fast start in the men’s 4x100m freestyle relay and Michael Chadwick, Blake Pieroni and Brent Hayden built on that momentum to hold off the fast-finishing Energy Standard, taking the race in 3:06.23.

Masse secured the Titans first win of Day 2 when she won the 200m backstroke in 56.06, while Cieplucha’s 4:27.76 victory in the women’s 400m individual medley kept Iron at arm’s length.

“I definitely set a goal for this meet to be as consistent as possible,” Cieplucha said. “I knew it would be close in my races against Hosszu in the individual medley and I just worked to get my hand on the wall first.”

DC’s hopes of reaching the semifinals appear slim after Cyndi Gallagher’s team failed to finish first in any of the races on Day 1.

They did finish second in three – Jacob Pebley in the men’s 200m backstroke, Bethany Galat in the women’s 200m breaststroke and Grothe, who nearly fought back to pip Rapsys in the men’s 400m freestyle.

Matters changed immediately on Day 2 when Zach Apple made it four wins from four races in the men’s 100m freestyle. He finished in 46.50, just ahead of Toronto’s Pieroni.

“We call him Zapple, but he has been a really big inspiration for all of us,” DC’s Singaporean swimmer Quah Ting Wen said. “Just him stepping up, especially on the second day because you have the 100m free, the 200m free and then the mixed freestyle relay.

“He has the relay as his third event and that gives us all a lift.”