BILQUIST AIMING TO GIVE DC MORE TO CHEER 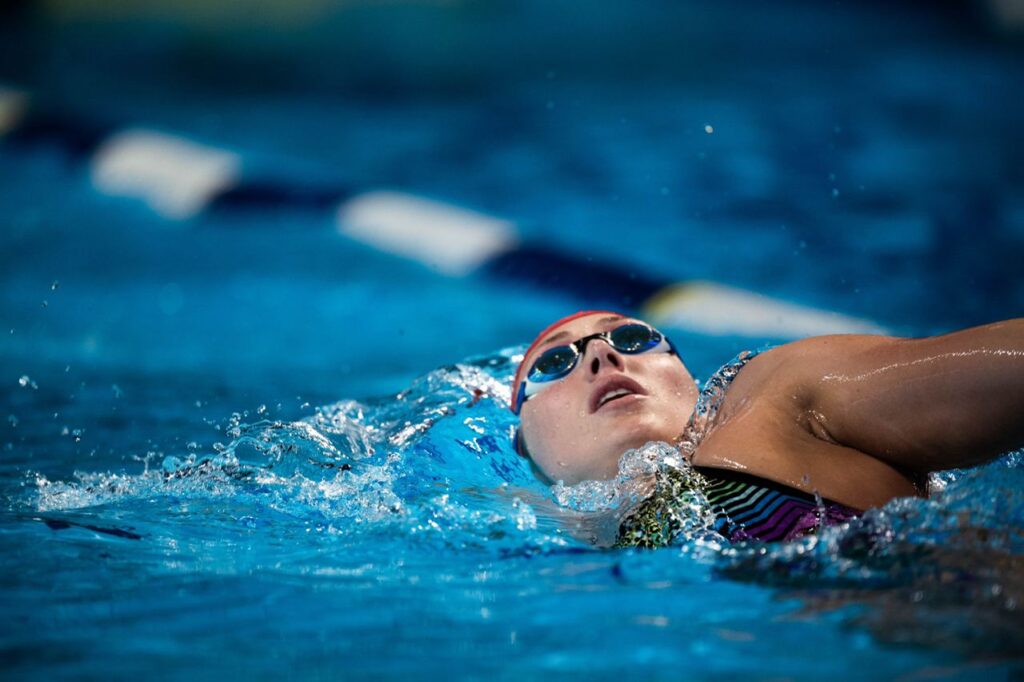 Cali Condors General Manager Jason Lezak says his team is brimming with confidence as he “fine-tunes” the early pacesetters in the International Swimming League (ISL) Season 2020.

The San Francisco-based team coasted to two victories in their opening matches. But they face their toughest test yet against high-flying London Roar in Match 8 on Thursday and Friday at the Duna Arena in Budapest. NY Breakers and the Tokyo Frog Kings are their other opponents.

The five-week competition, featuring more than 300 swimmers from 10 international teams, is the biggest sports event of the year. It’s being broadcast in more than 140 countries and territories around the world. Click here to find out how to watch the action.

Lezak says the match provides another opportunity to “play around with lineups for different events” and test if different swimmers are capable of succeeding in back-to-back races with limited rest.

“We are not going to do anything drastic that’s going to make a difference between us winning and losing,” he adds. “We are going out there and focusing on winning the match and trying a couple of things that hopefully benefit our team.”

Match 8 is the first of two matches in five days pitting the Condors against the Roar, and Lezak is urging his swimmers not to overthink the competition.

“Our focus is doing the best that we can do, not really regarding who the competition is,” he says. “We know right now people are looking at us as the team to beat. I think any kind of letdown and that will easily happen. Our guys know that and are going to go out there focused, ready to swim and do their job.”

“Both teams are going to learn a lot from each other. Just because one thing worked against Energy Standard or LA doesn’t mean it’s going to work against London.”

He promises adjustments and a fresh approach when they meet the Roar again on November 9: “We have four times to do it and then the semifinals. It’s all about trying to make changes and get better.”

Big battles in the pool

The match throws up some mouthwatering rivalries, including Condors’ breaststroke queen Lilly King versus London’s Alia Atkinson. Cali’s Olivia Smoliga, meanwhile, will battle for supremacy in the backstroke against the Roar’s Maria Kameneva and Kira Toussaint.

On the men’s side, the ones to watch include Condors’ versatile powerhouse Caeleb Dressel, the Breakers’ Marco Koch going for a breaststroke world record, the return to form of the Roar’s Olympic gold medalist Adam Peaty and London’s backstroke supremos Christian Diener and Guilherme Guido.

Lezak reveals there is room for improvement for the Condors in at least one area: “The key for us is to try and get better on the medley relays, especially on the men’s side. We had some little weaker links in the first two [matches]. To be able to compete is important for us.”

He expects the Breakers and Frog Kings will be going all out to upset the form book and disrupt any point-scoring streak: “Tokyo have put on some impressive times and have some strong swimmers.”

But confidence is high in the Condors camp. “I think one of the most important things for our team is that you go to a practice and you see everybody having a great time, laughing,” says Lezak. “They are pushing each other and competing in practice and it’s just going to make us better as we get further on in the season.”

One enticing prospect is the meeting of the Roar’s Duncan Scott against Townley Haas of the Condors in the men’s 200m freestyle.

“It’s going to be really tough,” he admits, but the Roar will learn “plenty about their team” over the coming two matches.

Scott believes the Breakers and Frog Kings will also provide a major threat in some races – not least his own.

Tokyo’s Katsuhiro Matsumoto pipped Scott in the 200m free in Match 5 and the 23-year-old Scotsman is looking forward to renewing the rivalry. “It’s an exciting match-up.”

Scott, who has two wins in his ISL career, insists he’s not thinking too much about tactics to overcome the opposition.

“We are not just focusing on them, we have got to focus on ourselves and how do we get the best out of ourselves. We have got to play to our strengths as much as looking at other people’s weaknesses,” he adds.

After two match victories, Scott says the Roar are also trying to look beyond the next two rounds: “The semifinals are in our sights now and we are looking to them to see what can we learn in the next two matches about our team and where can we best place people and what is our best strategy.”

“We’re definitely excited going into the next two matches but we know our focus is to build through the competition. There is still a long way to go if you make it all the way through to the final.”

Like Lezak, Roar General Manager Rob Woodhouse is planning to use the next two matches to tweak the team formula.

“We are into the semifinals, which was our primary objective. We now want to make sure we get a good result in the next match to ensure a top-four position,” he says.

Despite the threat posed by the Condors, he claims it’s not about mind games in the mission to topple the US team.

“I think Cali are probably at this stage the early favorites. We are going in as underdogs,” he says. “We feel we have a pretty strong team and we’ll keep building towards the finals and hopefully show improvement in the next match from the previous one.

“It’s not about sending a message [to the Condors] but working on what the best combination of athletes in events is for us and how that fits in the whole scheme of things.”

Woodhouse is also wary of the Breakers and Frog Kings raising their performances once again to make life difficult for London.

“Tokyo are very strong and were not far away from us in the last match, I’m not writing them off. And New York have improved and have some outstanding individuals,” he says.

“It’s going to be a pretty tough match all round. It’s certainly not just a two-horse race between Cali and London, that’s for sure.”