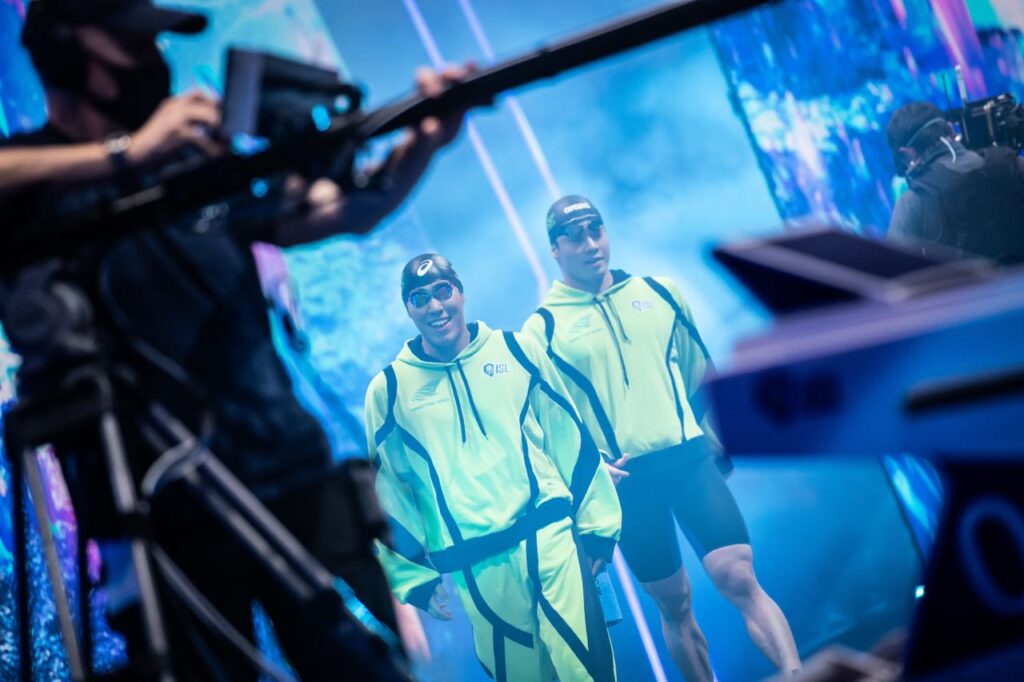 The International Swimming League (ISL) is being broadcast in more than 140 countries and territories around the world on linear and digital channels.

The league’s second season, taking place at the Duna Arena in Budapest, Hungary, is the world’s biggest sporting event this year.

The ISL platform https://island.isl.global/index.php/event/  (ISLand) provides live streaming coverage of Season 2020 matches in countries/territories without a rights-holder – and also when a rights-holder is not live-streaming a match.

The ISLand platform also shows exciting complementary coverage of the live matches in countries/territories where a rights-holder is showing a match live.

There are plenty of dynamic and interactive features ISL fans can access to enhance the viewing experience. They include behind-the-scenes footage of athletes provided by the 8K 360° cameras operated by the teams themselves.

On match days, fans can tune into team-specific live streams from the 360° cameras, switching between them to get a close-up view of athletes’ preparations, post-race reactions and the joy and pain of victory or defeat.

Video content and interview clips from competition that has taken place over previous days is available via the ‘categories’ section on the ISLand platform. Video of all events is available to view within 72 hours of a match being completed.

Ivan Grigorishin, head of the league’s digital and website operations, says ISL organisers have designed the content platform to provide an immersive experience for fans.

“We would like the ISLand to be something more than just a place where fans can watch the ISL,” he says.

“Our goal is to create a unique bridge between the athletes and the fans, allowing the fans to experience the emotions of the swimmers in real time.”

To watch the live broadcast or live footage from the 360° cameras, click https://island.isl.global/index.php/event/