SECOND DAY OF THE THIRD MATCH OF ISL: Los Angeles Current took the victory of Tokyo Frog Kings only on skin races 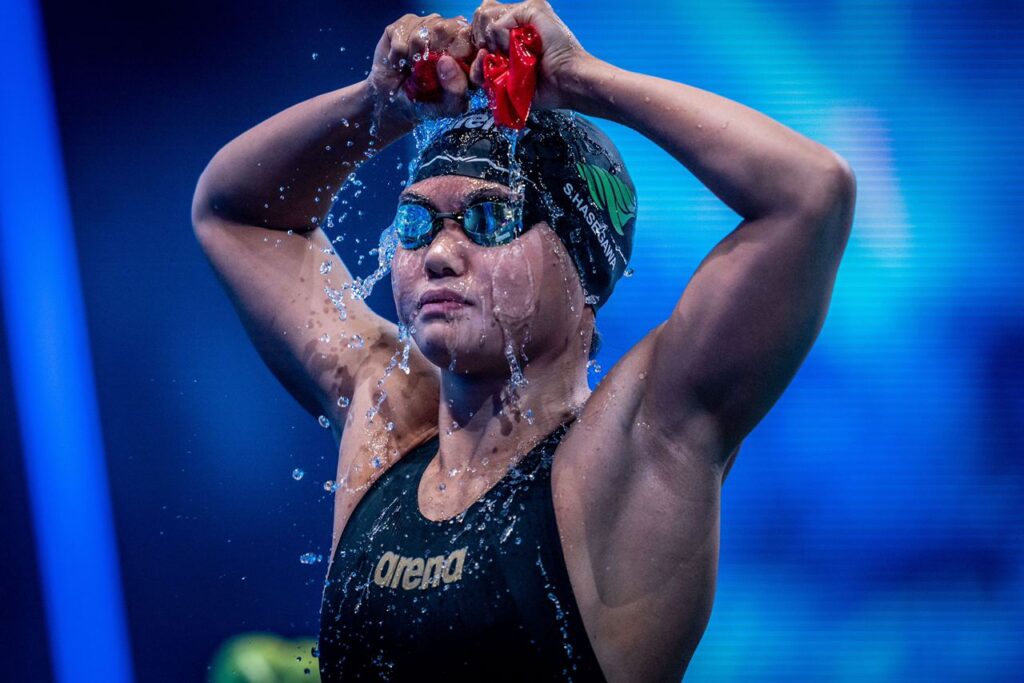 After the first competitive day, the position of the teams was as follows:

The main advantage of the team from Los Angeles over the “frogs” was not in a symbolic 14-point margin, but in the right to choose swimming styles for skin-flights (race to drop out), which, as a result, was the decisive factor in this match.

Recall that LA Current won both combined 4×100 relay races for men and women, and, quite obviously, the coaching staff of the team chose the free style for women – under Beryl Gastaldello and swimming on the back – under Ryan Murphy.

Already in the course of the second day Beryl Gastaldello has made it clear that they are in great shape: she easily won 100 meters freestyle, and at a distance of 50 meters butterfly again repeated the League record for points taken at the “jackpot” (24). But Ryan Murphy in the swims of the second day did not participate, saving strength for the decisive heats. Looking ahead, we note: both athletes have chosen for themselves the optimal strategy to win the skin races.

It should also be noted that the “titans” and “centurions” on the second day looked statistically on the background of the epic battle between LA Current and Tokuo Frog Kings, which kept the audience in suspense until the final.

Aqua Centurions, seems to have come to terms with the last place, regularly, “giving” points to rivals on the “jackpot”, and often, getting also penalty points for the fact that the swimmers did not fit in the “split time” (the minimum time for which this distance must be overcome). Only victories of Alessandro Miressi in men’s 100-meter freestyle and Szebasztian Szabo – 50 meters butterfly in men’s style became bright moments of “centurions”; another relative success can be considered 2-3 places of “centurions”, taken on 100-meter breaststroke in men.

As on the first day, we can say that Aqua Centurions women have completely failed, although, running ahead, it should be noted that the Centurions’ representative Lidon Munoz del Campo played a very important role in the women’s skin flight.

Toronto Titans, very quickly parted with the chances to compete for the second place, nevertheless, showed quite a decent level. As on the first day, the victory of the “Titans” in the individual swim brought Anton McKee, this time at a distance of 100 meters breaststroke for men. At the women’s distance victories were gained by Kylie Masse – 100 meters on the back and Rebecca Smith – 200 meters freestyle. In addition, Michelle Coleman was the first in the quarterfinals of women’s skin flight.

Well, the main drama of the day was an uncompromising rivalry between LA Current and Tokyo Frog Kings. After the third swim of the day, the “frogs” not only caught up, but also outpaced the Americans by 5 points: Suzuka Hasegawa in the women’s butterfly took the “jackpot” by 19 points, and her teammate Sakiko Shimizu was the second.

Tom Shields, who won the 200m butterfly, was not so convincing: his partner took last place and the humble 12-point jackpot was only a point higher than the frogs who came in 2nd and 6th.

Three consecutive victories of the team from Tokyo: Ryosuke Irie at 100 meters on the back, Runa Imai and Vladimir Morozov at 100 meters of women’s and men’s combined swimming, respectively, with the same “jackpot” in 12 points, as well as the victory of Katsuhiro Matsumoto at 200 meters freestyle for men in the sum of two 4 and two 5 places second participants in these swims, gave the “frogs” a 26-point lead.
The abovementioned brilliant 50-meter butterfly win of Beryl Gastaldello in total with the second place of Beryl classmate – Alyssa Marsh added LA Current 31 points with zero points at Tokyo Frog Kings, which allowed Americans to 5 points ahead of the Japanese team.
However, after the men’s butterfly at the same distance, the “frogs” came forward again, however, only 1 point.

Then there was a successful 100 meters breaststroke distance for the Tokyo team, where Miho Teramura won, having gained 15 points together with her teammate against only 5 points of LA Current.

Winning in a mixed 4×100 freestyle first lineup LA Current could not reduce the gap, because the second lineup of the team showed the last result, and the “frogs”, taking a modest 3rd and 6th places, even got 2 points more.

This was followed by the victories of Yui Ohashi (with a “jackpot” of 15 points) and Hagino Kosuke in the combined heat of 400 meters for women and men, with the second representatives of Tokyo Frog Kings took 3rd and 2nd places respectively, fixing the gap of “frogs” in 27 points.

Before the skin races, the position of the leaders was as follows:
Tokyo Frog Kings – 469,5 points
LA Current – 442.5 points

However, this gap was not enough to neutralize the advantage of the coaching staff of LA Current style of swimming for both skin-flights.
In fact, the fate of the match was decided already in the quarterfinals of women’s skin-race, from which both American women – Weitzel Abbey and Beryl Gastaldello reached the semifinals, and both Japanese – Runa Imai and Chihihiro Igarashi, showing the same result, only 0.01 seconds behind the representative of Aqua Centurions – Lidon Munoz del Campo. So the “Centurions”, hopelessly lagged behind in the match, finally had a significant impact on the distribution of the first two places.

And Beryl Gastaldello and Weitzel Abbey, also “duplet” reached the final, where Gastaldello won, becoming MVP (the most valuable participant of the match). In total, the representatives of LA Current scored 55 points in skin-races against 7 at Tokyo Frog Kings, which predetermined the outcome of the match.

Before the men’s skin-flight the Japanese team had exclusively theoretical chances to win: for this purpose it was necessary at first for a feat – output of both swimmers in the semifinals, and then a miracle – their output in the final. The feat of “frog” made: Takeshi Kawamoto and Irie Riosuke with the same result took 3-4 places in the quarterfinals.

However, the miracle did not happen, although for Irie Ryosuke exit to the finals, where he lagged behind Ryan Murphy at only 0.08 sec, can be considered a personal feat.

As a result, the team from Los Angeles formally took the lead in the League – 6 points after 2 matches (in the first match of LA Current took third place). However, ahead of the second matches of the teams that took 1-2 places in their first matches, so, most likely, after the next match the League leader will change.