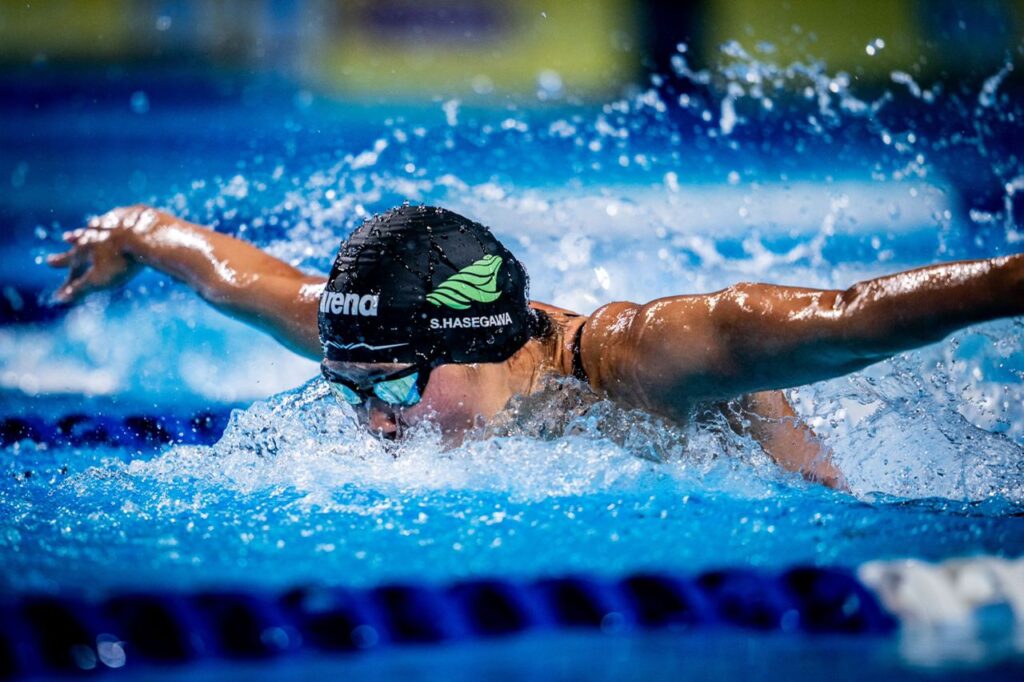 David Salo isn’t a man to rest on his laurels. So while the Head Coach of the Tokyo Frog Kings saw his team make a successful International Swimming League (ISL) debut this weekend, on Monday morning he was back hard at work analyzing the races to ensure his swimmers continue to keep pace in the Duna Arena in Budapest throughout the tournament.

Tokyo is one of two new teams in Season 2020 of the ISL along with the Toronto Titans. Both teams were making their first appearances in Match 3 on Saturday and Sunday, and while Toronto also impressed, it was the Frog Kings who made the bigger splash, finishing second behind LA Current.

The Current concluded the weekend’s races on 535.5 points, with Tokyo not far behind on 506.5. Toronto ended in third with 401, while the Aqua Centurions finished on 260.

Tokyo was leading with four races to go, but strong performances by LA’s Beryl Gastaldello and Ryan Murphy in the women’s and men’s 50m skins elimination race pushed the Frog Kings into second place.

Despite not topping the match standings, it was a highly satisfying debut for the Tokyo outfit.

“We won eight races yesterday and you’d think winning eight races would mean you’d won the meet, but it all came down to the women’s skins,” Salo said.

“We could have formulated a faster team that could have won the relay and dictated what stroke the skins would be. It all turned on the 400m medley relay. If we had changed a few places, we would have been closer and could have won it, which meant we could have chosen the stroke in the skins.

Tokyo’s General Manager is four-time Olympic champion Kosuke Kitajima, so together with Salo, the team has plenty of experience to turn to between matches.

The pair witnessed their team win 12 matches over the two days of competition and in the first race they were able to celebrate a first top-three finish when Suzuka Hasegawa came second in the women’s 100m butterfly. For good measure Takeshi Kawamoto matched her performance in the men’s race.

When they returned for Day 2, Tokyo did not wait around to drive home their position. Hasegawa won the women’s 200m butterfly, Runa Imai and Morozov led home the women’s and men’s 100m individual medleys, while Ryosuke Irie added victory in the men’s 100m backstroke.

“It was a completely different format for a lot of the swimmers, particularly the Japanese swimmers, the racing format, the two-hour match racing,” Salo said.

“Our ultimate goal was to be top four or five in every single race, and most of the time we were top three in most races. For a different format for these athletes, for the step up in climate, the rapid turnover of the races, they did an amazing job.

“I think the wins were as important as staying in the top four spots. Winning the event wasn’t quite as important. When the match began to unfold it became clear we would be in a really good battle with LA Current. The wins when they came along were exciting, but they were not our sole focus, it was to be in the top four so that we could be competitive.”

The Frog Kings are a strong mix of young Japanese swimmers and an experienced international contingent.

Morozov won four times in Season 2019 for Iron, while on the women’s team Catherine DeLoof and Simona Kubova competed for NY Breakers and DC Trident in Season 2019.

Hasegawa, Kawamoto, Ohashi, Hagino and Imai are all aged 20 and among Japan’s most promising swimmers. All five enjoyed victories in Match 3 to underline the potential they bring to the Frog Kings’ roster in ISL Season 2020.

“The more experienced guys have been helpful in keeping a calm demeanor in the team,” Salo said. “Do not get over-excited, do your warm-down.

“The key was to develop, as soon as we could, a team culture. We were really trying to do that in the first match and in the training sessions.

“They’re all getting into the frog hop team cheer and they’re embracing the team concept, which is really important. I think they’ve done a really good job and it is great to watch them gel as a team.”