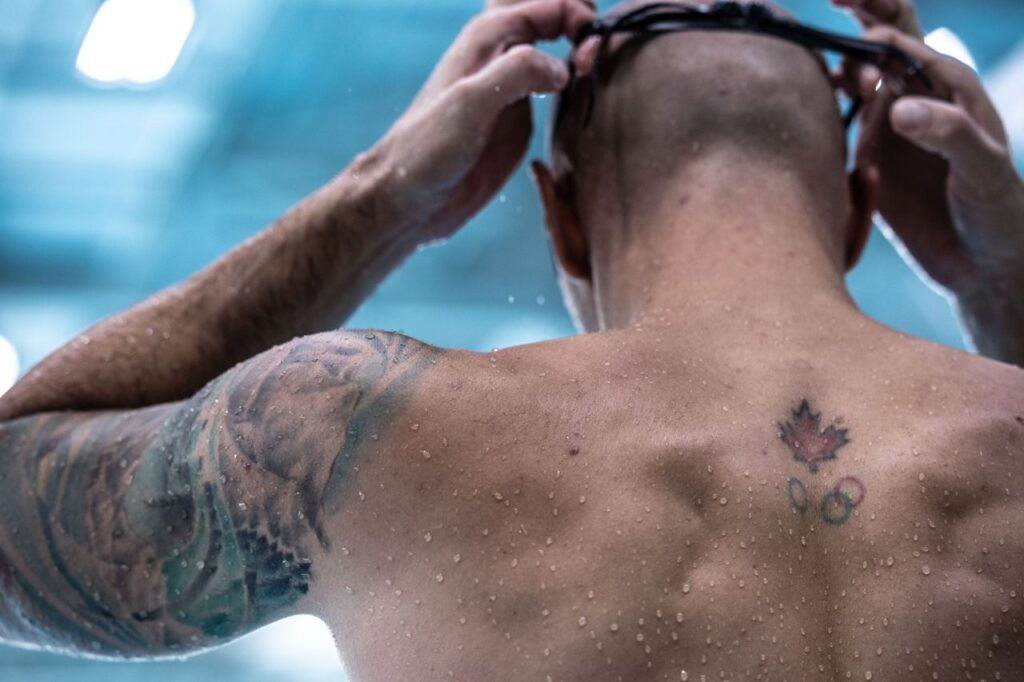 Toronto Titans’ General Manager Robert Kent wasn’t expecting to experience Season 2020 of the International Swimming League (ISL) from a distance of some 7,000 kilometers.

After an intense year of planning for the Canadian team’s ISL debut at this year’s biggest international sporting event, he was relishing the prospect of directing operations at the Budapest event.

However, illness derailed his plans. Recently diagnosed with prostate cancer, Robert will undergo surgery in November, but he says the prognosis looks good and he’ll be cheering for the Titans from Toronto. His son, Dylan, has taken the reins in Budapest, stepping up from assistant to interim general manager.

“This was a career decision for me to make this move from 25 years of investment banking to jumping to the ISL and to miss the culmination of almost a year of hard work is very hard,” says Robert, a former Canadian Olympic Trials qualifier in the pool and CEO of the Global Swim Series, the world’s largest mass-participation open water swim series.

This is a man, after all, who has played a key part in developing the skins race format over the past year in collaboration with ISL Founder and Chairman Konstantin Grigorishin and his team.

“Like any GM I feel a real sense of responsibility for my team, including the swimmers and staff. And as much as anything I was really looking forward to further developing the team and relationships with all our swimmers,” he says.

But there’s strength in adversity – and Kent senior, whose achievements include swimming across Lake Ontario and completing the Manhattan Island Marathon Swim, has it in bucket loads.

He is nothing if not determined to have a significant impact from afar. Lines of communication are open with Dylan and the team coaches, Byron MacDonald and Vlastimil Cerny, who he speaks with “numerous times per day.” While the Dylan Kent and head coach MacDonald will make key decisions about the selection of swimmers and races, Robert will offer daily input on logistics and post-race analysis.

“Dylan is exceptionally knowledgeable with regards to all the swimmers on our team and on all the others, and Byron has been the most successful coach in Canadian history. They are a great team and know how to put together a very strategic line-up,” he says.

The Titans face LA Current, fellow ISL newcomers the Tokyo Frog Kings, and Aqua Centurions in their opening match at the Duna Arena in the Hungarian capital on October 24-25.

Robert won’t go so far as calling for a Canadian championship, but he does fancy Toronto’s chances.

“I do feel quite confident that we are flat out going to beat several of the other established teams and make the playoffs nicely,” he says. “We have a great team of swimmers and great team chemistry, which can’t be understated.”

His 29-year-old son shoulders a heavy burden of responsibility during season two of the ISL but, according to his father, “has earned the respect of all the coaches in helping build the team” and is well-equipped for the job.

The Titans had their first training session in the pool on Wednesday and Dylan says he and the athletes can’t wait to get going in the competition, which carries an added US$6 million incentive in prize money. “There is certainly a buzz. It’s very infectious, the positivity and excitement they have.”

“The ISL is fantastic,” Dylan says, adding that the global swimming community has been waiting for an event like this for years. “The concept of elevating professional athletes is a great one, and it’s cool that it’s evolving so quickly.”

Both Robert and Dylan “were part of designing the rules for multi-stroke skins,” he explains, following the conclusion of the ISL’s opening season “as a way to add in the other strokes” in an effort to add more team strategy, intrigue and excitement to the program.

The Titans’ squad is captained by Kylie Masse, Rio 2016 Olympic bronze medalist and reigning World Champion in the 100m backstroke, and 37-year-old Brent Hayden, who won bronze in the 100m freestyle at the London 2012 Olympics. Dylan says both bring strong leadership and will have a real impact on the squad.

With a core of 11 swimmers who compete for the Canadian national team, Dylan believes the ISL will have plenty of traction with audiences across the country when the action airs on national broadcaster CBC Sports.

“We are excited both from a team perspective and catering to the Canadian market. It’s an exciting time for Canadian swimming. There are a lot of fast Canadians out there,” he says, adding that the overlap of youthful talent and the likes of veteran Hayden will increase the team’s global appeal.

The Titans have recruited smartly, picking up Michael Chadwick and Shane Ryan from LA Current and Rebecca Smith from Energy Standard, among several others. The team’s roster includes athletes from 13 different countries.

“One of the things about being an expansion team was that we were behind the eight ball a little bit in terms of recruiting … all the other teams had a head start,” recalls Dylan, who once swam in the NCAA and is co-founder of the Global Swim Series.

“They were a known quantity. We were a brand new organization that was trying to get things rolling so we have had to recruit pretty aggressively.

“I am pretty happy with how things turned out. We did a lot of chatting with lots of different swimmers, we had to get creative and do a lot of research, but we have come up with a great group here.”

“We have a lot of swimmers that I think could perform very well and surprise people,” he says, pointing to the versatility of Swedish 24-year-old Louise Hansson and Shane Ryan among a good handful of athletes who could be game-changers for the team.

Commenting from Toronto, Robert Kent agrees that the Titans threaten to cause a few shocks but says it’s hard to predict who will have a breakout meet or two.

He believes Masse “will kick some butt,” while Hansson “is an NCAA superstar and super valuable in almost any race.”

Blake Pieroni and Chadwick are the team’s American freestyle superstars. Shane Ryan from Ireland and Anton McKee from Iceland “are really going to surprise,” while breaststroker Kelsey Wog is “going to crush some races.”

“The comeback kid, Brent Hayden is out to show that he’s still got it. And he does. [Sergey] Fesikov and [Andrii] Govorov are going to show that they are still big-time players, too. And we have depth beyond those names. It’s going to be good to upset some other teams and swimmers,” he says.

The team’s interim general manager says a good first match is vital to gain momentum for Season 2020, with the big goal to make the playoffs: “I think we have the team to get there and then we’ll see what happens. Anything can go in the playoffs depending on where we get seeded and how the team is swimming.