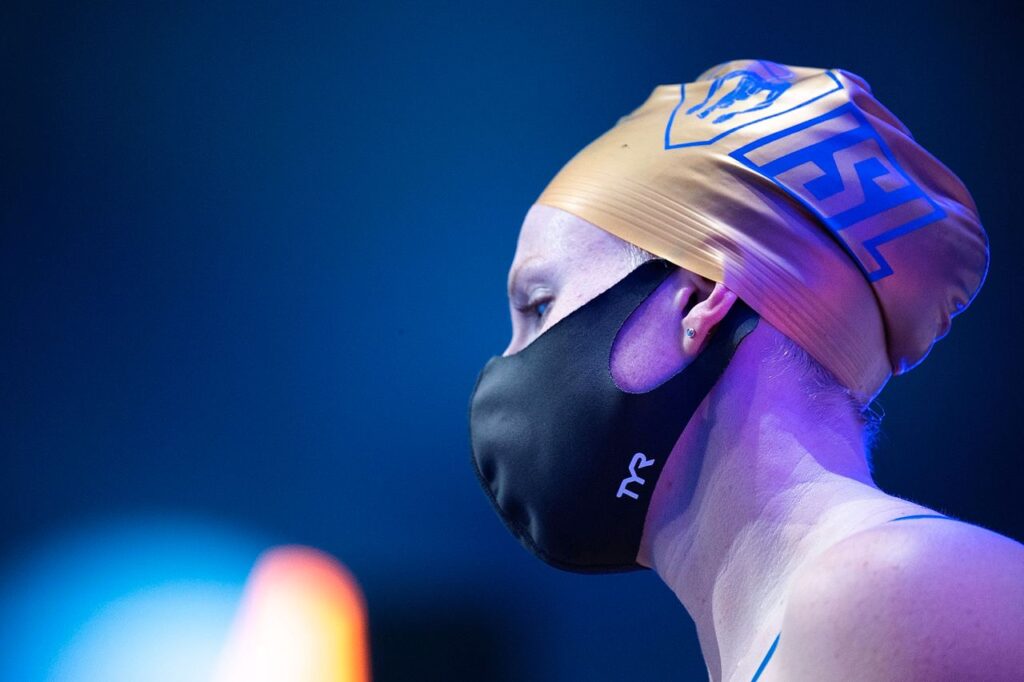 Lilly King showed the swimming world how high the level of competition will be during Season 2020 of the International Swimming League (ISL) when she won the Match 1 MVP award at the Duna Arena in Budapest on Saturday.

The Cali Condors’ swimmer won four individual races and a relay to collect 87.5 points, ahead of LA Current’s Ryan Murphy in second with 74.5 points and the 2019 MVP Sarah Sjöström in third on 66.5.

King’s heroics propelled her San Francisco-based team to an early lead in the standings with 567 points, ahead of reigning champions Energy Standard with 463, LA Current on 420 and NY Breakers with 266.

The 23-year-old King, who won 12 individual races to finish Season 2019 unbeaten, started Season 2020 by winning the 50m and 200m breaststroke, and then teamed up with Olivia Smoliga, Kelsi Dahlia and Erika Brown to secure victory in the 4x100m medley relay.

King added two more first-place finishes on day two. The first was in the 100m breaststroke, followed by a one-two finish with Molly Hannis in the 50m skins elimination race.

It was a performance that earned King high praise from her teammates.

“Lilly King was awesome, and so was Molly (Hannis),” Smoliga said. “Those top two in Skins was so awesome to see. Last season was so much fun and the ISL has changed it up, so it is even more fun [this year].

“We wanted to make up for missing out last season and we are off to a good start here.”

Race to the final

Match 1 marked the start of five weeks of elite competition featuring over 300 of the world’s best swimmers from over 50 countries, competing for 10 teams, eight of which competed in 2019.

The four other returning teams – London Roar, DC Trident, Aqua Centurions, and Iron – will clash in Match 2 taking place on November 18 and 19. Newcomers Toronto Titans and Tokyo Frog Kings will make their ISL debuts in Match 3 on 23-24 October.

There will be 10 preliminary matches in total, with the top eight teams progressing to the semifinals, with the top two moving on to compete for the title in the Grand Final on November 21 and 22.

For most of the swimmers, it was the first time that they have had the chance to race since before the onset of COVID-19 and they showed how much they had missed competing by putting on some world class racing.

King’s performances led the way for a highly satisfying start to Season 2020 for the Condors, which are led by general manager Jason Lezak and head coach Jonty Skinner.

Smoliga impressed as she won the women’s 50m and 100m backstroke, where she led Beata Nelson to a one-two finish.

“We are so thrilled we are able to race again,” Smoliga said. “I’m sure I speak for all the athletes when I say we were just itching to race after seven-plus months we’ve gone without racing, so even just being back brought a different level of excitement.

“We have this team cohesiveness that really pushes us to want to see everyone succeed and that is so special. It’s not just ‘me, me, me,’ it’s so incredible. We were going crazy for everyone in the stands.”

The Condors will be back in action in Match 4 on October 26-27 when they take on DC Trident, Iron and NY Breakers.

By then all 10 teams will have competed, which means the Condors will have a better idea of their chances of title success in Season 2020.

For now, the team can be satisfied with their strong start and happy to be doing what they love doing the most.

“RACING is back!” Caeleb Dressel, who won three races for the Condors in three different strokes — the 50m butterfly, 100m individual medley and 100m freestyle — wrote on his Instagram page. “We were all hungry for a little competition. What a great two days with the @calicondors_isl. A long road ahead but what a start.”

The sentiments were echoed by King.

“Diving into season 2 with the Dors’ first ISL win EVER under our belts,” King wrote on her Instagram account. “So, so, so happy to be back racing and have some sense of normal in these crazy times. And also proud of my team for kicking A$$ and taking names.