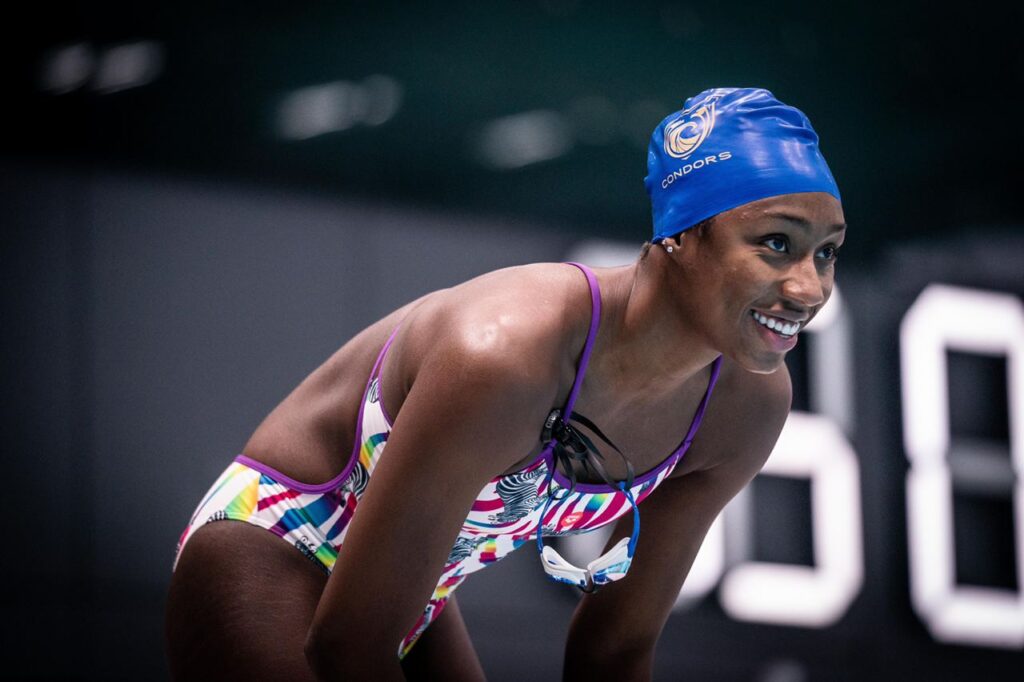 Cali Condors laid down an early marker by emerging victorious from Match 1 of the International Swimming League (ISL) at the Duna Arena in Budapest.

For most of the swimmers it was the first time that they have had the chance to race since before the onset of COVID-19 and they showed how much they had missed competing by putting on some world-class racing.

The San Francisco-based Condors top the standings with 567 points, ahead of reigning champions Energy Standard on 463, LA Current with 420 and NY Breakers on 266.

The Condors enjoyed a number of impressive performances from their big names, notably Lilly King who tops the early MVP standings with 87.5 points. LA Current’s Ryan Murphy is second with 74.5 and the 2019 MVP Sarah Sjostrom is third on 66.5.

Match 1 marked the start of five weeks of elite competition featuring over 300 of the world’s best swimmers from over 50 countries, competing for 10 teams, eight of which competed in 2019.

The four other returning teams – London Roar, DC Trident, Aqua Centurions, and Iron – will clash in Match 2 taking place on November 18 and 19. Newcomers Toronto Titans and Tokyo Frog Kings will make their ISL debuts in Match 3.

There will be 10 preliminary matches in total, with the top eight teams progressing to the semifinals, with the top two moving on to compete for the title in the Grand Final on November 21 and 22.

Condors go strong from the start

Radoslaw Kawecki secured Cali Condors’ first win of Season 2020 by taking the men’s 200m backstroke, and King added their second with victory in the women’s 200m breaststroke. She later made it two for two by winning the 50m breaststroke.

Melanie Margalis won the women’s 200m individual medley and Olivia Smoliga kept the wins rolling by coming in first in the 50m backstroke. Margalis was soon back in the pool to win the women’s 400m freestyle.

King and Smoliga then teamed up with Kelsi Dahlia and Erika Brown to win the women’s 4x100m medley relay.

On day two, Caeleb Dressel won his first race of the match in the men’s 100m freestyle, while Hali Flickinger took the women’s 200m butterfly in the next race.

Dressel then reached home first in the men’s 100m individual medley, followed by teammate Marcin Cieslak in second place, with King then giving the team another victory, this time in the women’s 100m breaststroke.

Margalis used her power in the freestyle to fight back from third position to win the women’s 400m individual medley, and King followed up with another win, this time in the women’s 50m skins elimination race.

Smoliga and Beata Nelson brought home a one-two finish in the women’s 100m backstroke, and Dressel continued his winning run with victory in the men’s 50m butterfly to round off an impressive start.

“We did well last season and we are off to a great start here,” Smoliga said post-match. “I feel we have more depth, and we are really honing in on jack-potting as well.

“Lilly King was awesome, and so was Molly [Hannis]. Those top two in Skins was so awesome to see. Last season was so much fun and ISL have changed it up, so it is even more fun.”

Sjostrom showed that she will again be a major star on day one by winning the 50m freestyle, 100m butterfly and anchoring the 4x100m freestyle team to victory ahead of LA Current and Cali Condors.

Florent Manaudou showed his class in the men’s 50m freestyle as he became the second swimmer on the night to push Dressel into second place, with Justin Ress, another Cali Condor, finishing third.

In between wins by Shymanovich and Litchfield, Sjostrom brought home the relay team of Le Clos, Haughey and Simonas Bilis in first place in the mixed 4x100m freestyle relay.

“I think the match was very good [but] Cali was a little bit stronger today,” Shymanovich said. “It was a good result and I think in the future we will get better.”

Murphy leads from the front for LA Current

Tom Shields gave LA Current’s men a strong start when he held off Dressel to win the men’s 100 butterfly and Andrew Seliskar then led home a LA Current one-two in the 200m individual medley, with teammate Tomoe Hvas second.

Shields and Rooney then formed a quartet in the men’s 4x100m medley relay with Murphy and Will Licon to secure another win in the final race of the opening night of action.

Shields won again in his first race of day two, the men’s 200m butterfly, when he held off Energy Standard’s Chad Le Clos at the finish, before Murphy secured another victory in the men’s 100m backstroke.

Fernando Scheffer brought the team more points when he won the men’s 200m freestyle team and captain Beryl Gastaldello added another in the women’s 50m butterfly.

Murphy again showed off his dominance in the final race of the match when he won the men’s 50m skins elimination race.

“Ryan did an awesome job as usual,” Gastaldello said. “I saw Fernando in the 50 fly just before I raced, and it really got me going. I was super excited about that for my race.

“He was super excited but is still a little shy. It was amazing to see, like he was a silent killer. He didn’t say anything but went there and killed it.”

Koch stands out for Breakers

“We’re fighting our butts off and we’re doing the best that we can,” general manager Tina Andrew said. “It already feels like a family and just for that I’m so, so proud of this team. It is a young team, and they are going out there with no fear and doing the job.”