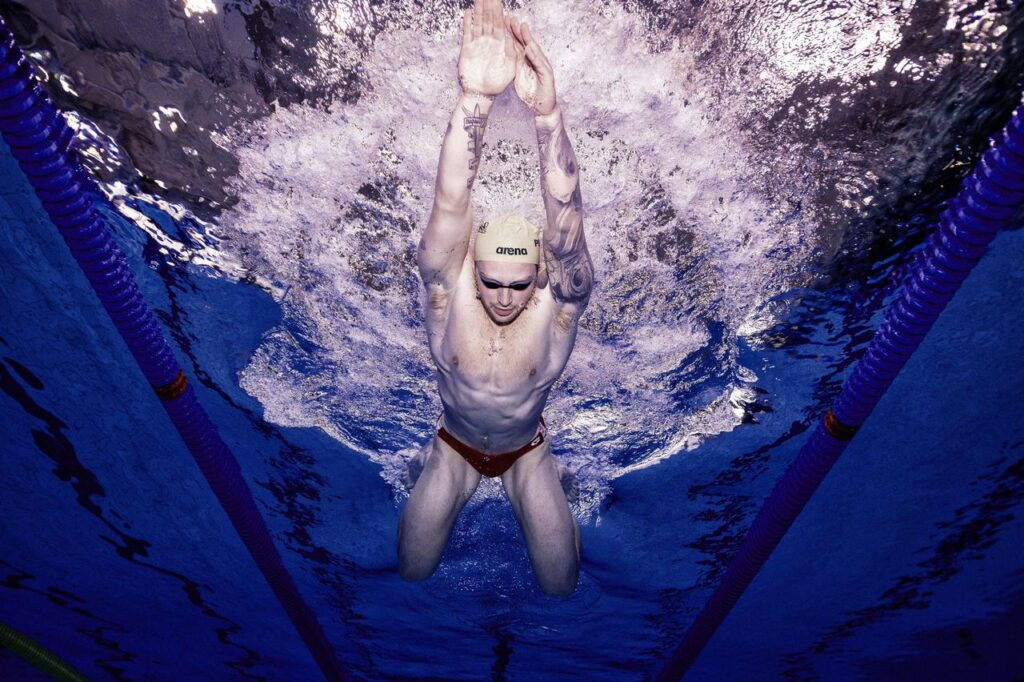 London Roar are hoping to get off to a strong start in Match 2 of the International Swimming League (ISL)’s second season as they bid to go one better than last year to win the championship.

In the inaugural season, the team were narrowly beaten into second by Energy Standard at the Grand Final in Las Vegas, the margin of victory being just 9.5 points.

Spearheaded by Olympic 100m breaststroke champion Adam Peaty, one of 36 Britons involved in Season 2020 of the ISL, the Roar open their campaign on Sunday against Aqua Centurions, DC Trident and Team Iron at the Duna Arena in Budapest.

Peaty, who boasts 11 world records and chalked up 73.5 points in season one, will participate as part of a squad featuring 15 Brits.

Among the Roar’s other homegrown world champions gunning for a tilt at the title are Luke Greenbank, Duncan Scott and James Guy. European champion Freya Anderson, a two-time bronze medalist at the 2018 Gold Coast Commonwealth Games who competed last year for Aqua Centurions, will be looking to improve on her strong showing in 2019. Anna Hopkin and rising stars Emily Large and Kathleen Dawson make their ISL debuts.

After the coronavirus decimated this year’s global swimming events, including the Tokyo Olympics, British Swimming’s Performance Director Chris Spice says it’s good for the athletes to be returning to competitive action: “In these difficult times, we realize how privileged we are to have this competition.

“We have been working very hard behind the scenes to enable our swimmers to take part in the ISL this season,” he added. “Of course, it is short course, which doesn’t translate necessarily to Olympic swimming, but given the lack of competition since March this year, we believe this will be a great racing opportunity for so many of our current and emerging elite swimmers.”

Rome-based Aqua Centurions are aiming to avoid a repeat of last year’s two opening matches when they ranked fourth, and to improve on their seventh-place finish overall.

But they’ll have to do it without the star power of World 200m freestyle champion Federica Pellegrini, who has remained in Italy after testing positive for COVID-19 earlier this week.

Pellegrini, who bagged 44 points in season one and was due to have captained the team, was devastated by the news.

In a social media post, the 32-year-old explained that she felt pain and developed a sore throat after a Wednesday training session before taking a swab test which returned a positive. “I cried a lot,” said the 2008 Olympic gold medalist. “I would have gone to the International Swimming League in Budapest. I wanted to compete.”

The Centurions are, however, strengthened by the addition of Hungarian Szebaztian Szabo, who won three individual races and scored 81 points for Team Iron at ISL 2019. And freestyle specialist Mykhailo Romanchuk of Ukraine has made the switch from Energy Standard to compete for the team.

Nicknamed the ‘Iron Lady,’ the Hungarian club’s dreams of a successful season rest squarely on the shoulders of swim legend Katinka Hosszu.

The inspirational three-time Olympic champion earned a massive points haul of 120.5 after winning nine races. She was MVP at the Budapest meet.

Leading a team ranked fifth in 2019, nine-time world champion Hosszu will be hoping home advantage helps lift Team Iron to new heights over the next five weeks of competition in the Hungarian capital.

Much depends, too, on whether Ranomi Kromowidjojo can replicate her stunning performances of last year. The 30-year-old, a specialist in the 50 and 100 freestyle and butterfly, picked up an astonishing 147 points in the opening campaign. Her prowess in the pool was emphasized by wins in skin races at three different ISL meets.

The key man for Team Iron may be Kristof Milak, who won two individual races and collected an MVP award.

All of those were individual races, with no points on the board for relay or skins races.

A more balanced squad of speed and endurance swimmers this time out, combined with the thrills and spills of the exciting scoring system, could yet make them a more competitive force in Season 2020. One to watch is Ian Finnerty, the US record holder for the 100m breaststroke, who will seek to go lightning fast again in the 50.

Unfortunately for Trident, five-time Olympic gold medalist Cody Miller, who missed out by 0.14 seconds on a world record in the 400 freestyle last year, will unfortunately not be with his team in Budapest.

In an Instagram post last month, Miller said he had decided to sit out the season as his wife is due to give birth in November. “After months of discussion with her and my family, I’ve decided it’s best for me not to compete in this ISL season. I’m EXTREMELY bummed about this, but the timing just isn’t right for me right now.

“I LOVE the ISL, I love what it stands for and what it’s going to do for swimming. Last season was an experience of a lifetime! I LOVE my team, and although I won’t be rocking the red in Budapest this season, I’ll be cheering for Team Trident loudly from home.”
About the ISL: The International Swimming League is a global professional swimming competition now in season 2 with teams in Europe (Italy-based Aqua Centurions, France-based Energy Standard, Hungary-based Iron, and London Roar) North America (Cali Condors, DC Trident, LA Current, NY Breakers and Toronto Titans) and Asia (Tokyo Frog Kings). All matches are taking place in the Duna Arena in Budapest, Hungary.