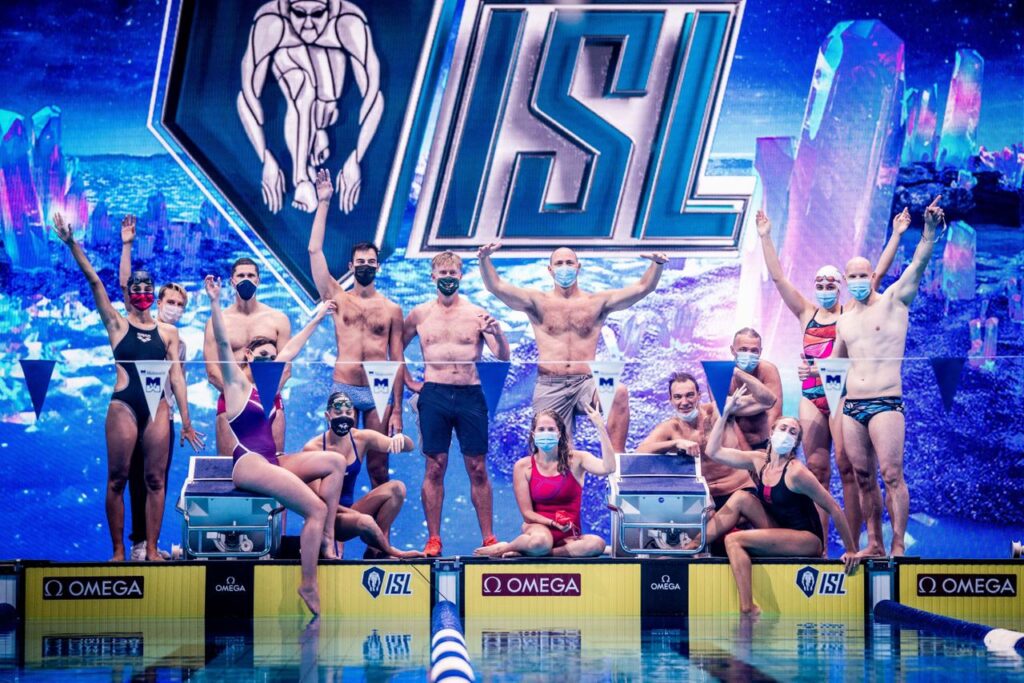 Swimming’s global fanbase will have the chance to go behind the scenes to follow the stars of the International Swimming League (ISL)’s Season 2020 thanks to an innovative content platform providing unprecedented access to the athletes and teams.

From multi-view cameras capturing the action in the pool, to 360° cameras embedded in the league’s 10 international teams, together with video content and archive material, fans will experience a swimming competition like never before.

Branded ‘ISL-AND’, the state-of-the-art platform will complement the TV broadcasts of season two, going live on Friday when the five-week competition gets underway at the Duna Arena in Budapest, Hungary.

Ivan Grigorishin, who heads up the league’s digital and website operations, says the launch of the platform was partly in response to feedback received from fans after the inaugural ISL season: “They said it was a cool ISL show but some fans were only able to access the matches later on YouTube and watching it live was a challenge.”

“So we said: ‘Why don’t we have a place where all ISL content can be found?’. We started working on the OTT platform and we immediately knew we had a unique and powerful instrument with which to connect the athletes with the fans,” he says.

“When watching a match, we want to give the fans a great deal more on top of the live broadcast … the freedom to roam around the facility and interact with it. They’ll be able to be a part of their favorite team and chat with fans like themselves.”

The ISL has inked broadcast deals to screen Season 2020 in more than 140 countries and territories. ISL-AND is not subscription-based but available for FREE on the website Island.isl.global and via apps for IOS and Android.

It will offer live competition feeds only for those watching outside of the territories with broadcast deals, to ensure exclusivity for rights-holders. Video of all events will be uploaded to the platform for all to view within 72 hours of a match being completed.

Talking about the innovations, the ISL’s head of digital says fans able to watch live streams that are not geo-blocked can follow the action via six multi-view cameras set up in the arena.

And they can dive into a content platform rich in exciting and interactive material that’s designed to add value to the competition.

Among the digital firsts for ISL Season 2020 are the insights and ‘insider’ experience of going behind-the-scenes with teams and athletes. Each team will have what the ISL has dubbed a ‘Totem,’ an 8K 360° camera operated by team officials and athletes every day to deliver content rarely glimpsed at international sporting events.

Aiming to give fans exclusive access to training activities, team meetings and allow them to get closer to swimmers, the backstage footage will be live streamed on the team’s own channel within ISL-AND.

Grigorishin says the 360° camera will capture all the previously unseen behind-the-scenes highlights without being too invasive on the athletes.

Developed by the ISL in partnership with technology provider IDVIU, the content platform also allows fans to comment on the live broadcasts and interact with each other via an online chat facility.

Additionally, ISL-AND provides access to an archive of information, interviews and film clips from last year’s competition coverage as well as video packages from the 2020 event. Fans can easily search via filters to discover more about their favorite teams, athletes and swimming races. Ratings of the more than 300 swimmers participating are also available.

Further engaging fans is a live scoreboard and schedule, keeping supporters up to speed on the progress and point scoring of each of the clubs.

Grigorishin says this year’s drive to ramp up fan engagement through the digital service is the springboard to advancing ambitious plans for upcoming ISL editions.

“We are building an ISL universe that fans can immerse themselves in. We want the ISL to be accessible to everyone.”