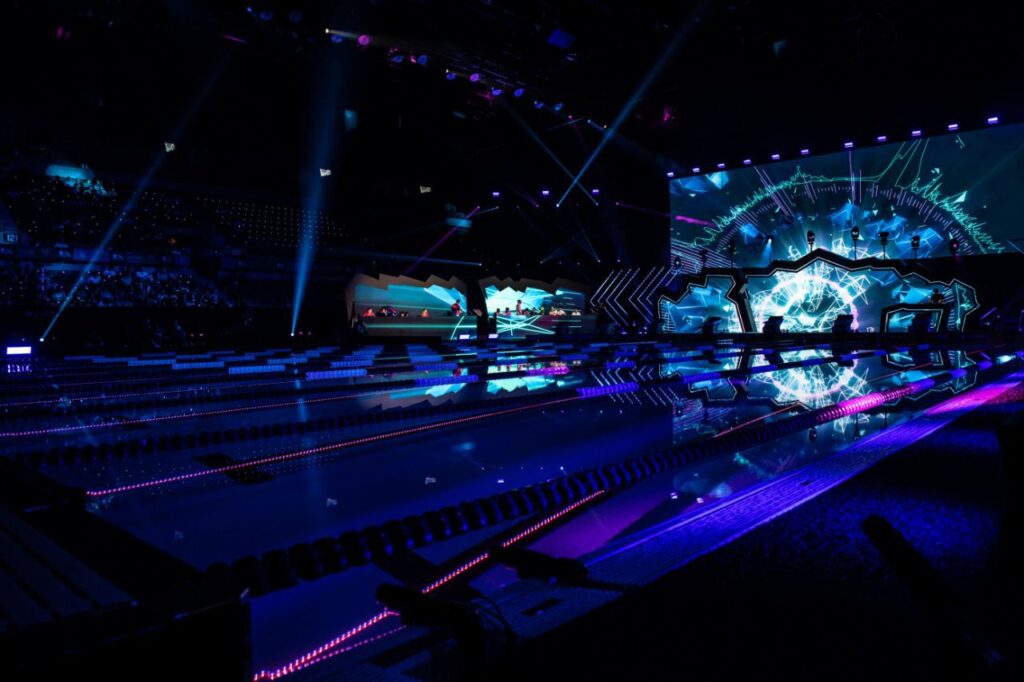 CBS Television Network, CBS Sports Network and CBS Sports Digital will serve as the exclusive U.S. media rights home for all ISL competitions beginning in October with the 2020 season .

-CBS Television Network, CBS Sports Network and CBS Sports Digital will serve as the exclusive U.S. media rights home for all ISL competitions beginning in October with the 2020 season

-The world’s top swimmers, Olympic champions and world record holders are represented on the rosters of ISL’s 10 clubs

The agreement will kick-off with the ISL 2020 season opener on October 16th from 10:00am- 12:00pm ET live on CBS Sports Network. The next day, October 17, ISL will make its network debut on CBS Television Network with a live broadcast from 2:00-4:00pm ET. CBS Sports will present the entire 2020 ISL season of 13 events, 52 hours in total, live across various platforms. The remainder of the schedule will be announced at a later date.

ISL, like many other leagues around the world, has chosen to host its 2020 season in a single location with a condensed 5-week schedule. The world-renowned Duna Arena in Budapest, Hungary will serve as the venue for all regular season competitions and the semi-finals, where a strict medical protocol will be in place to ensure safety for all competitors and working staff. The ISL Grand Finals location and dates will be announced separately.

ISL Founder and Chairman, Konstantin Grigorishin, commented “We are thrilled with this partnership and the commitment made by CBS to air all ISL events live to its North American audience. From the beginning, the team at CBS really impressed us with their understanding of our vision. This partnership will provide a wonderful platform to showcase the world’s best swimmers, female and male, challenging each other in the most entertaining competitive format ever created in the sport.”

“We are pleased to add International Swimming League to the CBS Sports portfolio with live swimming across various platforms,” said CBS Sports Executive Vice President of Programming Dan Weinberg. “ISL’s exciting team-based competitions, featuring the world’s top swimmers, is a great fit for CBS Sports and we look forward to bringing the action to swim fans across the country.”

2019 ISL Season MPV, Sarah Sjöström, commented on the upcoming ISL 2020 season: “I am really excited to get back to racing again. We are so fortunate to have ISL as a competitive outlet, especially during these challenging times. I can’t wait to get to Budapest with my Energy Standard Paris teammates and coaches.”

2019 ISL Grand Finals MVP, Caeleb Dressel of the Cali Condors, shared his thoughts on his return to the pool: “The special part of ISL is competing for your team, especially being out of college and missing that team aspect. To have that back in my life is fantastic and it’s something I’ve been craving. I am grateful to CBS for making this available to all our North American fans.”

ISL features unique team-based contests feature the most exciting competitive format ever created in the sport of swimming where “every event is a final.” 10 clubs from around the globe will compete to be crowned 2020 ISL Champion

The International Swimming League (ISL) is the world’s first professional team swimming league. Founded in 2019, the ISL consists of 10 global clubs with rosters stockpiled with the best female and male swimmers on the planet. It’s unique competitive format where “every race is a final,” raucous in-venue atmosphere, celebration of gender equity and global footprint make ISL not just unique in swimming, but in the world of sports at large.

CBS Sports, a year-round leader in television sports, broadcasts a portfolio of events on the CBS Television Network, including THE NFL ON CBS; college football, including the SEC ON CBS; college basketball, including the NCAA Division I Men’s Basketball Championship; golf, including The Masters®, PGA Championship and PGA TOUR; and CBS SPORTS SPECTACULAR. In addition, the division includes CBS SPORTS NETWORK, the 24-hour home of CBS Sports, and produces INSIDE THE NFL for SHOWTIME. CBS Sports Digital’s multi-platform offerings include CBSSports.com and the CBS Sports apps for mobile and connected TV devices; streaming sports news network CBS Sports HQ; 247Sports; MaxPreps; CBS Sports fantasy games; and SportsLine.

CBS Sports Network, the 24-hour home of CBS Sports, is widely available through all major cable, satellite and telco distributors as well as via OTT streaming service providers YouTube TV, fuboTV, DirecTV and Hulu. Additionally, a live CBS Sports Network stream is available through CBSSports.com and the CBS Sports App by authenticating with select providers. For more information, including a full programming schedule, go to www.cbssportsnetwork.com.