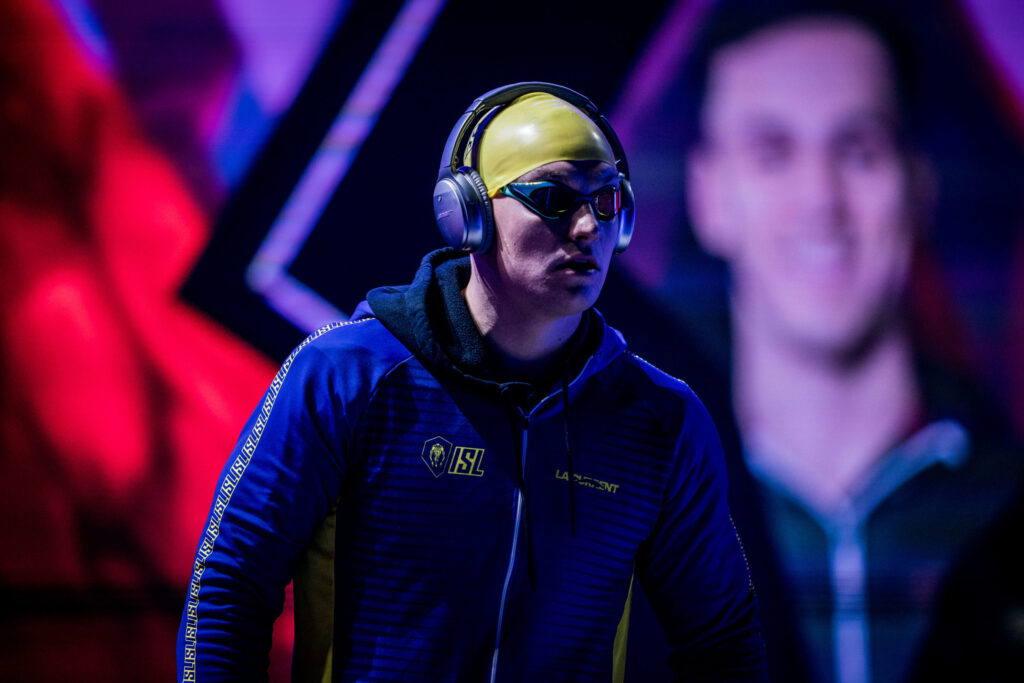 One of the most challenging aspects of managing a team in the International Swimming League — particularly in the inaugural season — was the fact that athletes not necessarily familiar with one another would have to come together and gel as a team in a short period of time.

One club, Energy Standard, had the benefit of a pre-established training group in which to build their roster around. But for the seven other teams, they were essentially starting from scratch.

Or so it may seem.

LA Current general manager Lenny Krayzelburg went out and signed three-time Olympic gold medalist Ryan Murphy, who trains at the University of California, Berkeley, and from there, was able to add almost the entire Cal contingent.

“Considering that I had Ryan Murphy committing first, it made it easier for me to recruit the other (California) guys,” said Krayzelburg, who won gold medals in the same three events as Murphy did in 2016 (men’s 100 and 200 backstroke, 4×100 medley relay) at the 2000 Olympics in Sydney. “Cal guys have a pretty close bond and it definitely played to my advantage.

“We also had a lot of Cal females that had existing relationships which made it easier and quicker to bond. Also, the Team Elite group (David Marsh’s group from San Diego) had a number of swimmers on our roster that obviously know and train with each other.”

Murphy felt that having a base of swimmers with ingrained chemistry made it easier for the rest of the club to develop a bond.

“I think every person goes about trying to lift up their teammates in different ways,” said the three-time Olympic gold medalist. “Given that the Cal Swimmers all train together, we have great experience in feeding off each other. That comfortability made it a lot easier to transition to ISL, and set a core group for the team to build off. There were a lot of incredible pieces on our team.”

When building the roster, in addition to finding athletes who already had chemistry with one another, Krayzelburg put a premium on having a deep team that could be competitive in a wide range of events.

“For me it was all about depth,” he said when asked what type of team he was trying to build from the get-go. “I wanted to make sure that our depth was in key events that could really make a difference in the ISL format matches.

“We needed to make sure we had a number of swimmers that gave us flexibility to plug them into events that weren’t their best but they were good enough to score.”

The Current performed well in their first two regular-season matches. Slotted into a tough Group “B” that featured the London Roar and Iron, they were the runners-up in Lewisville before falling to third in Budapest. But it was at the American Derby in College Park where they hit their peak.

Some adjustments from the opening matches led the club to a slim 5.5-point victory over their in-state rival, the Cali Condors, in what was one of many razor-thin, exciting match finishes throughout the season.

“Experience from the first two matches helped us understand our roster better, how flexible we can be with some events, where everyone was in their training cycles,” said Krayzelburg.

Despite a lineup full of established stars such as Murphy, Tom Shields, Nathan Adrian and Kathleen Baker, among others, the top Current scorer at the derby came from one of their lesser-known athletes.

“Béryl was absolutely unbelievable,” said Krayzelburg. “Honestly, we were lucky that she was still not signed at the beginning of the summer when we were still looking to fill up our women roster.

“She loves to race and is a fighter. I felt that her constant high energy and passion were instrumental in picking the team back up during some of the matches when we weren’t swimming well.”

From Murphy’s perspective, Gastaldello was instrumental for the Current both in and out of the water.

“Béryl was huge for us,” he added. “Béryl is one of the most outgoing people I’ve met, so it was easy to feed off her energy, both when she was competing and cheering. She was really dominant in this format, and a Swiss Army knife for us. You can put her in a lot of different spots and know that she will perform.”

Coming off of the high in College Park, the Current fell a bit flat at the Grand Final in Las Vegas, placing a distant fourth behind a very tight battle for first between Energy Standard, London and Cali.

Does the disappointing ending add some extra motivation for next year?

“Absolutely!,” said Krayzelburg. “We will look to retool and refocus for next year.”

About the ISL: The International Swimming League is a global professional swimming competition that launched  in 2019 with teams in both Europe (Italy-based Aqua Centurions, France-based Energy Standard, Hungary-based Iron, and London Roar) and the United States (Cali Condors, DC Trident, LA Current, NY Breakers). The inaugural season included  matches in Indianapolis IN, Naples ITA, Lewisville TX, Budapest HUN, College Park MD, London GBR, and the championship finale at the Mandalay Bay Events Center in Las Vegas, NV. The second season will feature 2 new clubs and 27 matches running from September 2020 to April 2021 with a regular season, playoffs and Grand Final. The ISL aims to create groundbreaking projects, in both form and content, exploring the full potential of competitive swimming while securing sustainable commercial growth in the sport.