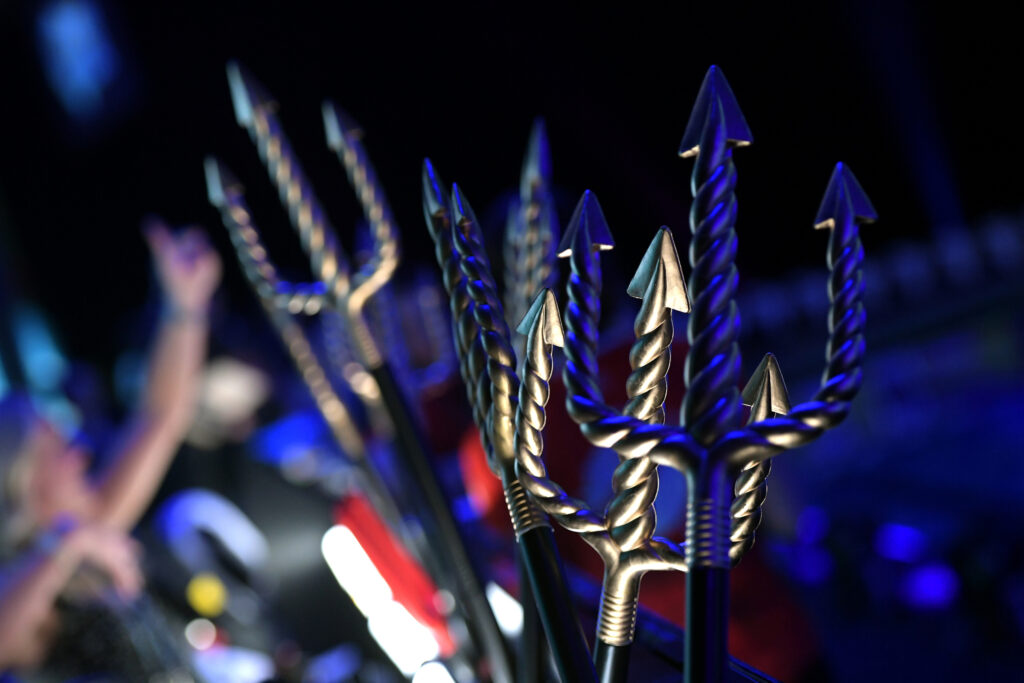 Throughout the inaugural season of the International Swimming League, the DC Trident proved they were a resilient club.

Consistently locked in tight battles throughout all three of their matches, the Trident always managed to persevere and come out on top.

In their first match in Indianapolis, they battled with the Rome-based Aqua Centurions for third place, and ended up finishing 30 points clear of them when all was said and done. However, one week later the clubs would meet again — this time in Naples, Italy, where the Centurions would receive a huge boost from their home crowd. In addition to this, they would be missing their biggest star, Katie Ledecky.

Despite the adversity, DC came through, edging the Centurions by just half a point for third.

One month later at the US-Derby in College Park, Maryland, the Trident found themselves in another close race for third place with the NY Breakers. They prevailed again, this time by 7.5 points.

“We swam with a lot of heart and have a lot of grit,” said Trident general manager Kaitlin Sandeno on her club’s ability to win the close battles. “We are proud of our scrappiness and embraced it. I was so proud of our team support and encouragement across the board. They truly lifted each other up and fought for each other.”

The club proved that despite the absence of their best-known athlete, a team coming together with a common goal and a tight bond can lead to success.

“Our team spirit and morale was off the charts,” she said. “I’ve never seen a team come together and click so well, so quickly and I think it showed. They were incredible with the fans, they were grateful to the staff and sincere to all the volunteers.

“Excellent ambassadors for the sport of swimming and this league. I am very proud of that as the GM and as a former swimmer. Truly a wonderful group of human beings.”

All of this success came despite only having Ledecky for one of their three matches — something Sandeno was aware of from the outset, but nonetheless an added obstacle for the club.

“Obviously having Katie at those (other) meets would have been a huge benefit to our roster, but I knew from the beginning that she wouldn’t be able to race there so we recruited accordingly,” said Sandeno, a four-time Olympic medalist spanning from 2000 to 2004.

Trident male captain Cody Miller particularly enjoyed the team aspect the league offered, and believes that the ISL proved that can work in swimming like it does in other sports.

“We all got to see that it is proven to work long-term for the athletes, in terms of coming together as a team and competing as a team and trying to earn points,” said Miller. “As professionals, it was a big experiment and the big takeaway was that it can definitely work. I had a great time.”

While none of the swimmers on the Trident were necessarily expected to be among the top point-scorers, particularly in those last two matches, one swimmer who really blew away everyone’s expectations was Siobhan Haughey.

Haughey, a Hong Kong native who wrapped up a very successful college career at Michigan a few months prior to the season, proved to be an absolute force for the Trident. The 22-year-old got better as the season went on — scoring 28, 33 and then 38 points in the three matches — and her success in the match-ending skins lifted the club to its third-place finishes in both Naples and College Park.

“Siobhan was extremely impressive,” said Sandeno. “She was fast, tough, and stepped up huge every time. She was someone I was waiting patiently to wrap her college season so I could recruit her. She is so talented and has a very nice presence. She’s extremely humble and is all about team.”

Two other swimmers who stuck out to Sandeno were Bethany Galat and Andreas Vazaios. Both are extremely versatile across multiple strokes and the individual medley events, and that was reflected in their point-scoring ability.

“Bethany stepped up big for us in Indy and Naples,” said Sandeno of Galat, who was among the top-five scorers overall in the Naples match. “She took on a lot of events and crushed them. With the format of events, she didn’t have a lot of rest but she handled it so well and with a smile on her face.

“Same goes for Andreas. He was a huge asset and perhaps a name people weren’t too familiar with. He smashed it and like Bethany, with a huge smile on his face.”

A native of Greece who previously competed for NC State in the NCAA, Vazaios is excited about the future of the sport in the ISL.

“It is way different than anything I’ve ever experienced,” said Vazaios. “I really like the atmosphere and the ISL brings more excitement than some of the other swimming events. I am glad that I am apart of this new era in the sport.”

Although these individual efforts were crucial, Sandeno was quick to point out that it was the team’s performance overall that led them to their close victories.

“We had two meets where we battled hard and just barely outscored teams, and that literally comes down to every swimmer on the team,” she said. “Every point mattered. Every swim made a difference.”

But, despite all of the small wins that came in the season, Sandeno is looking towards achieving a bigger goal next year.

As the #3 ranked American club, they missed qualifying for the Final, as only the top-two from both Europe and the US move on.

“Absolutely! That’s definitely the goal,” said Sandeno of looking to make the Final next season.

And in terms of getting there, she’ll look to shore up the club’s sprinting ability, while maintaining that same gritty, scrappy attitude. “Obviously sprinters are crucial especially when it comes to relays and skins.”