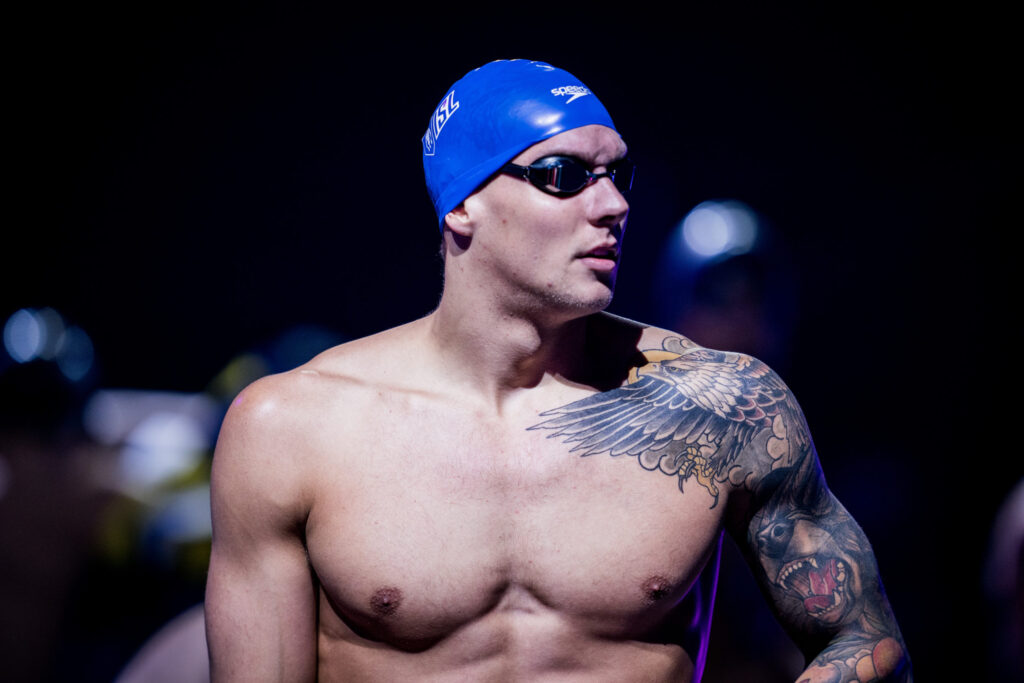 The International Swimming League’s Grand Finale produced the closest match of the inaugural season, with Energy Standard, London Roar and the Cali Condors all in the mix to win the title heading into the match-ending skins.

For the third time in four matches, Energy Standard pulled off a comeback in the skins to win, overtaking London in the final moments to become the first-ever ISL champions and finish the season undefeated with a perfect 4-0 record.

The Roar, who fell to Energy Standard by 9.0 points at the European-derby, finished 9.5 back this time around to place second.

The Cali Condors had their best performance of the season to place third, topping rival LA Current who had beaten them at the US-derby in November.

Cali Condor male captain Caeleb Dressel ran away with his third match MVP title in as many appearances, winning five individual events including the men’s skins which are worth triple points.

The points in the Vegas Finale were worth double what they were during the regular season, so Dressel finished with a massive total of 121.0. His previous highest, set at the US-derby in College Park, was 61.5.

Energy Standard’s Sarah Sjostrom, who won the women’s skins, was the clear runner-up with 92 points, 29 back of Dressel.

One of the keys for Energy Standard coming away with the win was that their men outscored London by a wider margin (21.5) than the Roar’s women outscored theirs (14.0).

The difference maker for Energy Standard’s men was Daiya Seto, who was making his ISL debut. The Japanese superstar won three individual events to score 56 points.

Matching up the two American clubs up head-to-head, the Condors far outperformed the Current relative to what happened at the US-derby. Their virtually men matched LA after being outscored by 43 points in College Park, while their women put 90 more points on the board relative to just 35.5 more at the derby.

Similar to the point-standings, the prize money totals were also much higher than they were during the regular season. Swimmers were awarded $1,000 per point in the final compared to $300 in the other matches.

Dressel set the pace with a mind-boggling $55,500 total, which includes the $10K bonus for winning match MVP (also double the regular season number). This mark surpasses his previous single-match total from College Park by over $35K ($19,700).

The 23-year-old’s haul was highlighted by his $24K from four individual victories, and an added $18K for claiming the skins.

Sjostrom raked in $36K, which doesn’t factor in her $50K bonus for winning ISL Season MVP. She edged out Dressel in that race by just 3.5 points.

In addition to their individual earnings, each swimmer in the final earned an added bonus based on where their team finished. Each Energy Standard swimmer who raced in finals receives $10K for the match win, followed by London Roar ($5K), Cali Condors ($3K) and LA Current ($1K).

Each athlete on a club that qualified for the final (and raced in the final) also wins an extra $1,000 for every regular season match they attended.