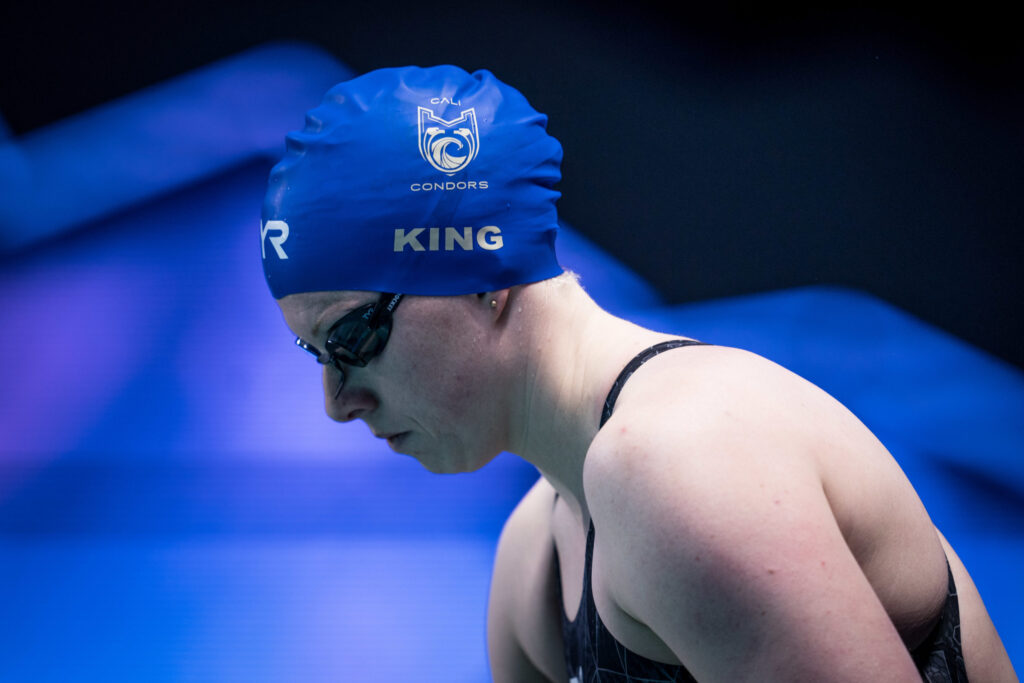 The International Swimming League’s inaugural season was full of outstanding performances, but only one swimmer managed to win every single race she swam in both the regular season and the Grand Final in Las Vegas.

Lilly King, a member of the Cali Condors, won every single race that she entered the entire season — four in the women’s 50 breaststroke, four in the 100 breast and four in the 200 breast. On top of that, she was a key member of the Condor women’s 4×100 medley relays that also won each and every time they raced.

King’s unmatched season-long performance has led her to being awarded a special “Undefeated Swimmer” prize from the ISL, earning her an extra $15,000 USD.

The two-time Olympic gold medalist not only won every time out but she was also setting records. King broke the American Record in the 50 breast during the Vegas Final in a time of 28.90 seconds, and also set new US Open Records (fastest-ever swim on American soil) in the 100 in College Park and the 200 in Vegas.

King scored 63 MVP points for the Condors in Vegas, ranking her sixth among all swimmers, and her 157.5 point-total for the season was eighth-best. She was the Cali Condors’ top-scoring female swimmer in the Grand Final last weekend, where the team finished in 3rd place.