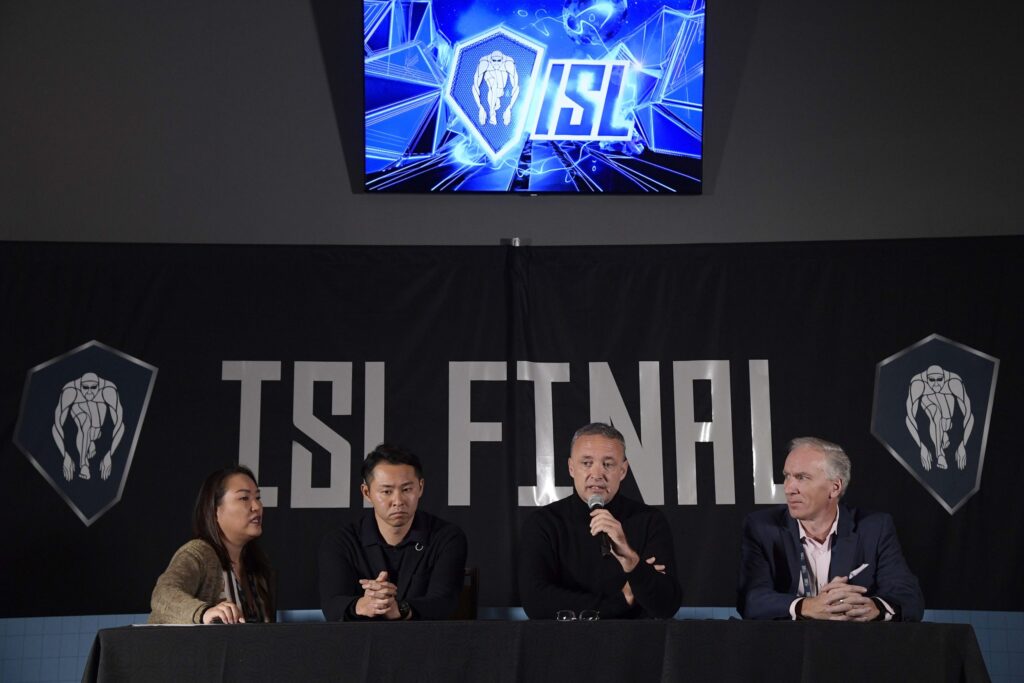 A new club in Toronto was today unveiled as one of two franchises that will compete in the International Swimming League in the 2020-2021 season.

The Toronto club, yet to be named, was introduced at a media conference in Las Vegas on Saturday following a stunning International Swimming League Grand Final that brought the revolutionary professional swimming league to a magical climax after a successful first season.

The club will also be joined in the ISL by a new franchise based in Tokyo, Japan. That brings the number of clubs that will compete in the 2020-2021 season to 10 alongside Aqua Centurions, Energy Standard, Iron and London Roar in Europe and Cali Condors, DC Trident, LA Current and NY Breakers in the U.S.

The Toronto club will be led by Robert Kent.

ISL Founder Konstantin Grigorishin said, ‘Our vision is for the International Swimming League to be a truly global one so it is fantastic we are able to bring our league to new audiences in Canada for next season. This is only part of our development strategy, though, as we also see our responsibilities and opportunities in the areas of sustainability, inclusion, integration and the green environment by working together with our new franchises, including in Toronto, in the area of mass participation.’’

In the inaugural season, CBC Sports in Canada and the ISL partnered to provide broadcast and streaming coverage throughout the season. CBC Sports offered live streams of every meet throughout the ISL season on cbcsports.ca and via the CBC Sports app for iOS and Android devices, as well as broadcast coverage as part of weekly staple Road to the Olympic Games on CBC and the free CBC Gem streaming service.

Canadian audiences were able to watch and cheer on the likes of Olympic Games gold medallist Penny Oleksiak and two-time World Champion Kylie Masse, who were among the 13 Canadians competing in the inaugural season of the ISL.

The 2020-2021 season of the ISL is scheduled to run from September to April with 27 matches taking place, including regular season, playoffs and the Grand Final. More details will follow in the New Year.