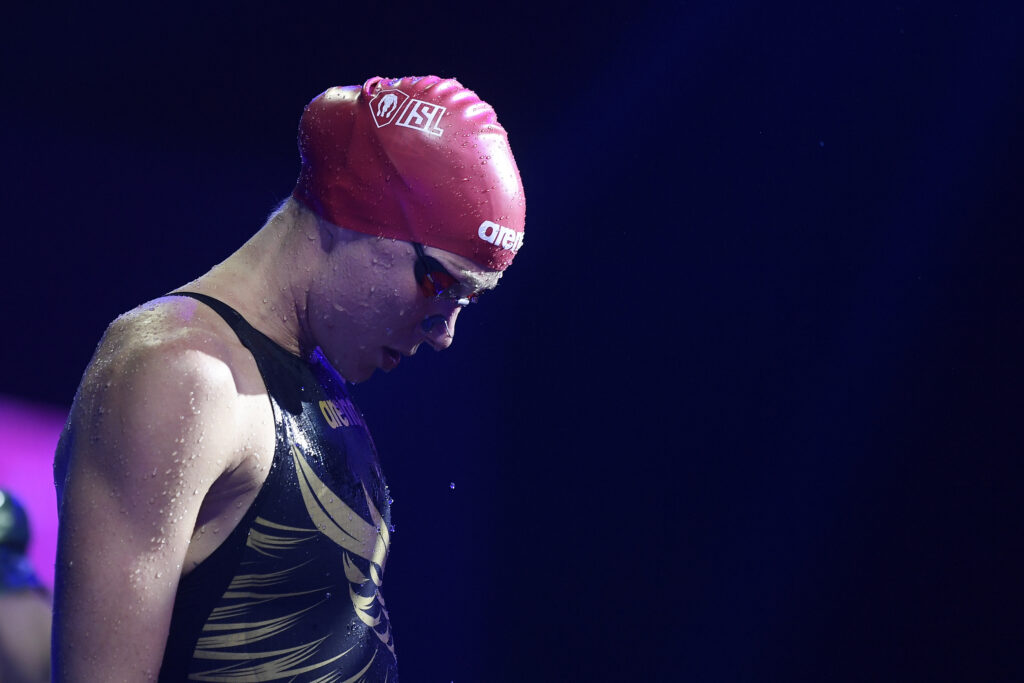 Consistency and excellence were the keys all season long for Sarah Sjostrom, whose epic curtain call in the Grand Finale earns her the inaugural International Swimming League Season MVP award.

Sjostrom, the female captain of Energy Standard, led the league in points for the season with 243.5, edging out Cali Condor Caeleb Dressel by a mere 3.5. Going into her final event of the season, the three-round 50 freestyle elimination skins, a win would seal her the victory and the $50,000 USD prize.

With all of the pressure on, she delivered, beating out London’s Cate Campbell by well over a second. Had Sjostrom fallen short in the skins, Dressel would’ve won the award.

Sjostrom was the league’s first-ever MVP recipient at the inaugural match in Indianapolis, and then placed second in the points race three consecutive times to earn her Season MVP. In total, the Swede won 12 individual events over the course of the season.

It was clearly a two-swimmer race for ISL Season MVP, as Sjostrom and Dressel were head and shoulders ahead of their closest competitors.

Not only did Sjostrom’s clutch performance in Vegas’ match-ending skins earn her Season MVP, but it was also crucial in helping her club win the overall title.

“It’s been such an amazing competition, and the main thing has always been to take points for my team, Energy Standard,” Sjostrom said when receiving the award post-match. “It feels great also, the overall MVP title, so I’m very, very happy with this. I’m very proud of my team.