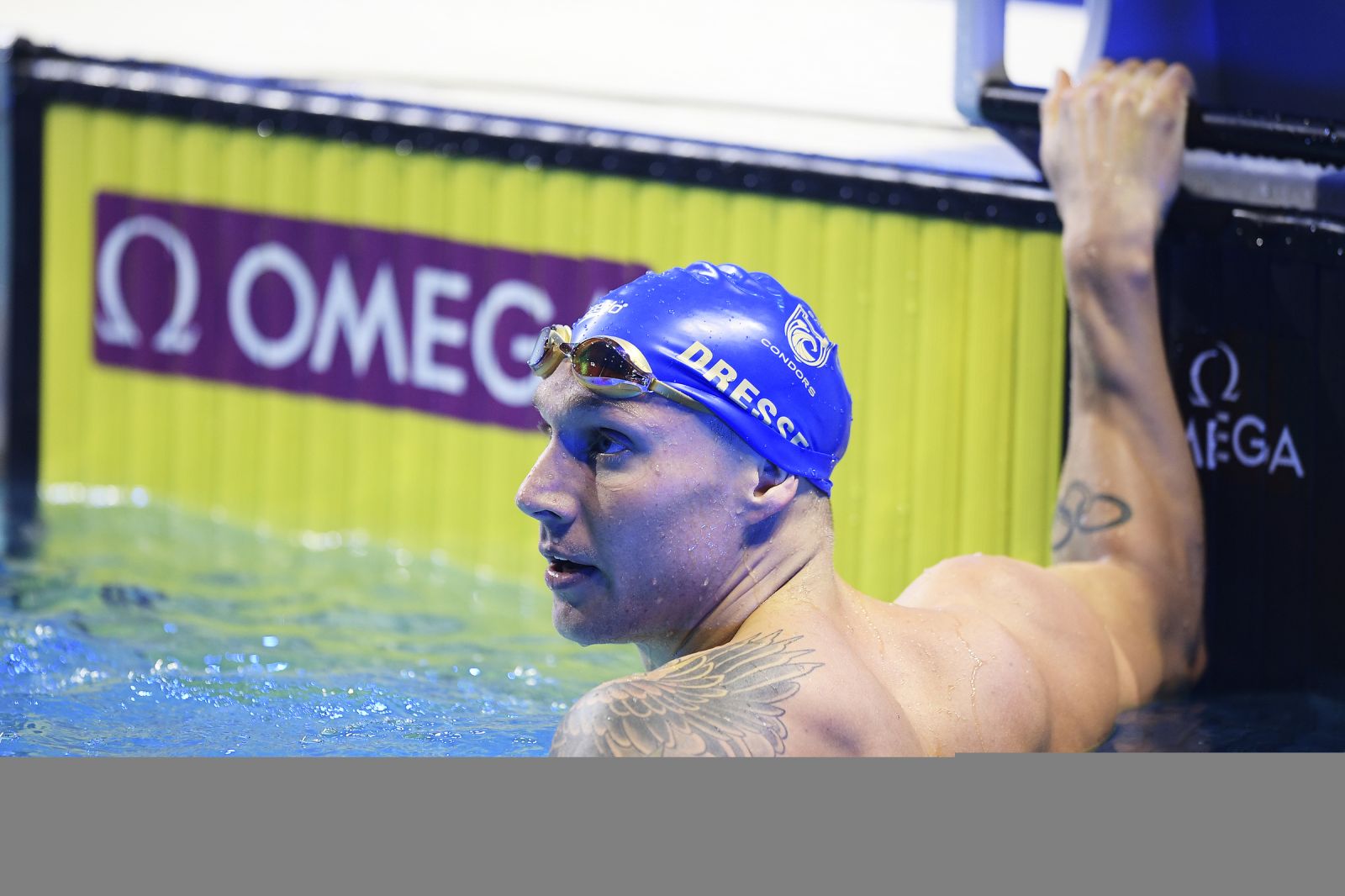 Caeleb Dressel continued his dominance in the International Swimming League’s inaugural season with a massive performance in the Grand Finale, earning his third MVP title with a match-leading 121 points.

The points in the final counted double relative to what they were worth during the regular season, which is why Dressel’s total is so much higher than he’s been in previous matches (61.5 was his top score from College Park).

The Cali Condor male captain tore things up on Day 1, winning a pair of individual events in the men’s 100 butterfly and 50 freestyle. In the 50 free, he broke a five-year-old world record in a time of 20.24 seconds, lowering the previous mark of 20.26 held by Energy Standard’s Florent Manaudou.

Dressel, 23, kept his momentum going on Day 2, winning both the 100 free and 50 fly in American Record time. And then, to close things out, he put an exclamation mark on his incredible season in the epic skins finale (the three-round 50 free eliminator).

Dressel eased through the first two rounds before demolishing France’s Florent Manaudou in the head-to-head final, winning by over two seconds.

Dressel became the first swimmer to win multiple MVP titles when he won his second at the US-Derby in College Park, and now wins a historic third in as many matches in the final. The American finishes the season having won 14 of the 16 individual events he entered (including skins races).

Energy Standard’s Sarah Sjostrom was a distant second in the Vegas MVP race, 29 points back with 92. Sjostrom, who competed in four matches this season relative to Dressel’s three, edged him out in the ISL Season MVP race by just 3.5 points to earn an extra $50K. The match MVP award earns Dressel $10K.

True to his character, Dressel was more focused on his team’s accomplishments in the final relative to his outstanding individual showing. The Condors placed third with 415.5 points, well above their projected scores coming in.

“I’m incredibly proud of this team,” he said when receiving the MVP award. “We weren’t supposed to do as well as we did, what was written on paper, but that’s why we come to the meet.”

And, just moments after wrapping up his season, he started looking forward to the 2020 campaign.

“We definitely want to get a championship out of this team, and I would love to do it with the same people that are on the team with me right now.”