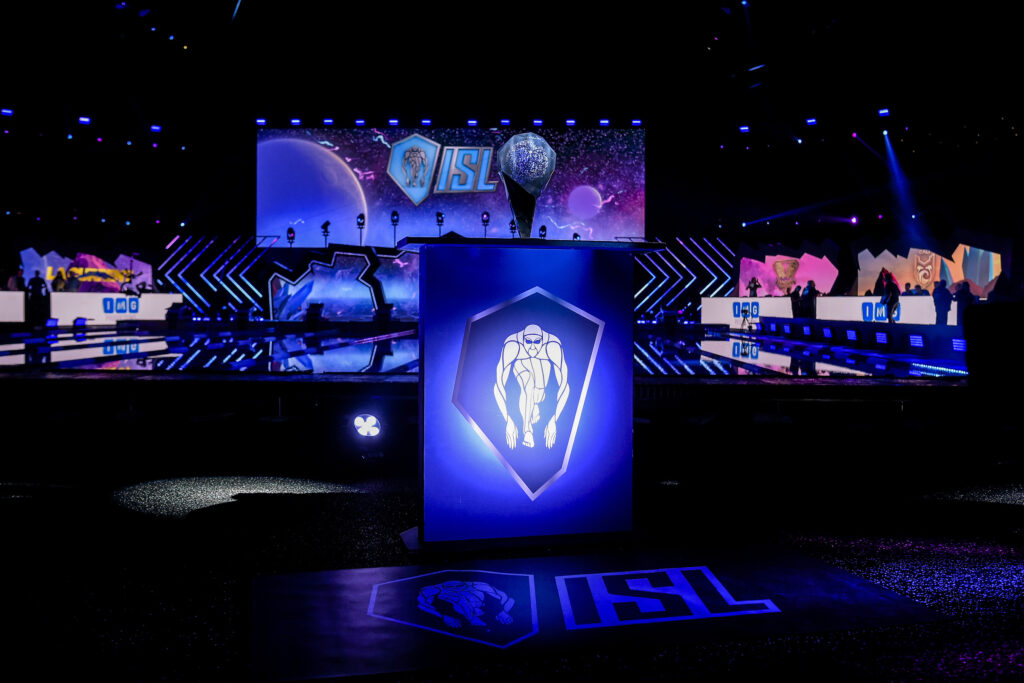 The opening day of the International Swimming League’s Grand Finale in Las Vegas brought the most competitive match we’ve seen this season, as all four clubs head into Day 2 with a legitimate chance of becoming the first-ever ISL champions.

Sitting atop the standings halfway through the competition is Energy Standard, who have 219 points to lead the Cali Condors by 13.5. Male team captain Chad Le Clos credits his club’s ability to dig deep as the main reason for them being in the lead.

“Our team’s been amazing, a lot of guts,” said Le Clos, who had four races himself on Day 1 including a win with his teammates in the men’s medley relay. “It’s been a tough night tonight.”

With four more events on his schedule on Day 2, the South African is prepared for more of the same.

“We’re just going to attack it (tomorrow),” he said. “We knew it was going to be tough. Every race is a dogfight. Outstanding performances from guys like Daiya Seto, Caeleb Dressel both breaking world records. Amazing. Tomorrow’s going to be another tough day.

“I’ll try my best and hopefully we can get a win tomorrow.”

Le Clos’ female co-captain Sarah Sjostrom reiterated his sentiments, adding that, even when you’re not winning a race, finishing one place higher makes a big difference.

“I think everyone on the team did very well,” she said. “We know every point matters, so even if we don’t win the event we try to make sure we come fifth instead of sixth, for example. Also tomorrow we know it’s going to be even more important to keep getting the points and have fun and just try to be even faster.”

Sjostrom came into the match as the league’s leading point-scorer, putting her in a position to win the ISL Season MVP award which has a prize of $50,000. After a disappointing finish in the women’s 100 fly, where she placed fourth, the Swede let it creep into her mind.

“I did think about it a little bit after my 100 fly today, I was a little bit disappointed with that race,” she said. “But we still got the points for the team which is important, and I also won the 50 freestyle which helped me a little bit for that, but I have my strongest events tomorrow.

“For example the skins which is triple points, and also the 50 butterfly. So I have some really good events tomorrow coming up.”

While Energy Standard do have a lot of strong events on Day 2, especially the skins, their head coach James Gibson knows the second day is where the London Roar in particular perform well.

“We know that London are going to come on strong tomorrow,” he said. “That’s their critical day, that’s their key day. But, obviously I’m happy we’re winning he meet, I don’t think we’ve been at a point, apart from Indianapolis, where we’ve been winning the first day, but we know we’ve got our toughest day to go tomorrow.

“We know the other teams have got strong second days. Traditionally we’re not as strong in the first session tomorrow but we’re good in the skins.”

The Roar sit in third place, 17 points behind Energy Standard. Male captain Adam Peaty thought they had a solid Day 1, but will need to ramp it up on Day 2.

“We’ve had a very consistent day, a few ups and downs,” he said. “We’ve got to come together even more, be more consistent, because these points now are going to add up to those small wins.”

Cali Condors head coach Gregg Troy was very pleased with his club’s performance on the day, but knows nothing will be decided until the epic skins finale

“Those skins do make a difference tomorrow,” he said, having the best skins swimmer, Dressel, on his roster. “So no one’s out of the meet. It’s all real close.”