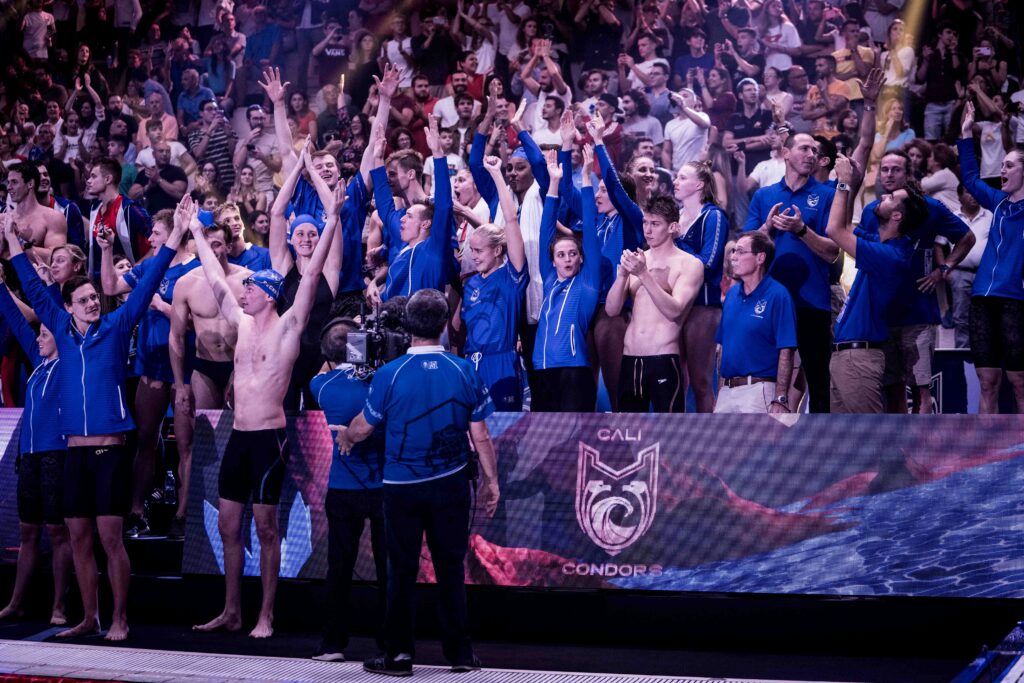 The International Swimming League Grand Final brings a level of intensity, pressure and expectation that far exceeds anything the four clubs competing have experienced through the regular season.

The stakes have increased in both prize money and prestige, as all four want to be crowned the first-ever ISL champions.

But, while competing under the bright lights of Las Vegas, one of the keys to performing at their peak will be to continue doing what got them there in the first place.

“The strategies haven’t changed for the final,” said Cali Condor general manager Jason Lezak, a four-time Olympic gold medalist. “It is no secret the success of our team relies on doing well on relays and skins where the points are doubled and tripled.”

For Lezak’s Condor team, back-to-back single-digit losses against Energy Standard and the LA Current is a motivating factor as they come in as the only club in the final who has yet to get in the win column.

“After falling short by only a few points to both Energy Standard and LA Current during the season, I am hopeful we can beat them in the final,” he said.

Two of the keys to improvement in their fourth and final match will be utilizing a full roster and minimizing their low-scoring swims.

“To have more depth in certain events and limit the amount of sixth-eighth place finishes,” said Lezak when asked where he wants the club to improve the most.

“Having a full line up will be great to give some the rest they need to perform at their best in other events.”

Although many of the athletes have alluded to the fact that they’re going to have a full rest in an attempt to peak for the final, Lezak kept his cards close to his chest on whether or not that was something his entire club would be doing.

“Everyone will have to wait and see!,” he said.

And with the sport taking a giant leap forward with the ISL, introducing a new era in swimming, winning the inaugural championship title is something highly coveted.

“I would be very excited as the GM who put the team together to win the first-ever ISL Championship,” said Lezak. “We have a very strong team and are capable of making this happen.

“All four teams have the talent, it is just a matter of who steps up and performs when it counts.