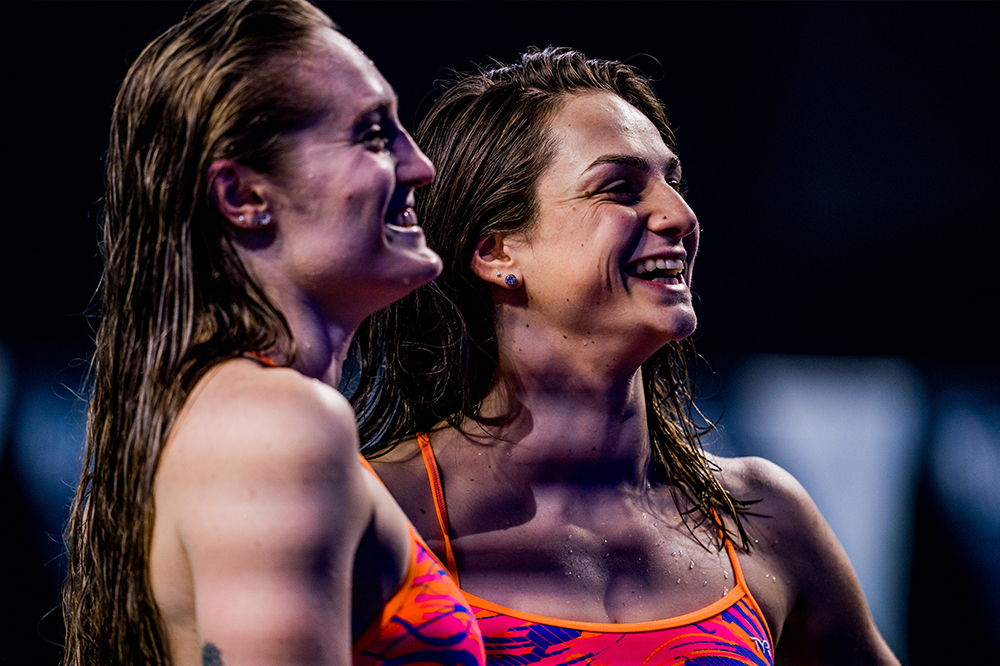 The International Swimming League’s inaugural season has brought many positives to the sport, one of them being an increased opportunity for some of the lesser known athletes to establish themselves on the global stage.

The swimmer who has arguably taken advantage of that better than anyone is Béryl Gastaldello.

Gastaldello, a member of the LA Current, has been turning heads all season with her incredible performances, particularly after her five individual wins and 51.5 points scored at the US Derby in College Park.

Although the French native’s showing in the pool over the last few months undoubtedly makes her one of the top athletes in the ISL, she quickly downplays her success.

“I don’t think that I’ve become a star,” said Gastaldello, who wasn’t sure what type of performances she would have coming into the season, having recently made a transition to focus more on the sprint events.

“I didn’t really know where I would be time wise since I changed my training a year ago,” she said. “Last year around the same period, I raced in short course meters for the first time in five years. I didn’t do very well but I knew that I needed time to adjust. So I was glad to see that I was able to get better each race.”

This change came towards the end of a decorated college career with the Texas A&M Aggies, where she was a 15-time NCAA first team All-American.

“Before, I swam with the girls team at A&M,” she said. “Their program tends to be more focused on individual medley and breaststroke. After my five month break from swimming, I decided to come back and join the guys team. I swim less and I focus more on power and intensity.”

This break from the sport, which took place from late 2017 into early 2018, was taken so Gastaldello could take some time to focus her mental health, something she’s spoken very openly about.

“Without a doubt, I am a very different person now,” she said. “It’s not all over yet, but these issues gave me the ability to open my eyes. I am more confident, I am learning how to control my emotions, how to enjoy the present moment.

“From a young age, my parents, who were also swimmers, always told me not to forget that swimming is just a sport. I think that now more than ever I look at swimming like a game. I want to jump, move fast, beat the others around me. But, more importantly, I want to have fun.”

It’s clear that these changes have had positive results, both in and out of the pool. And now, the 24-year-old will face some of the biggest names in the sport in the ISL Final in Las Vegas, something she is looking forward to.

“I do look forward to be racing the best in the world again,” she said. “I am improving very well, but we will see if it will be enough to beat them or not. It will be a good test and also a great experience. I know most of them and I respect them a lot. It doesn’t mean that I don’t want to beat them eventually.”

After proving to be one of the top point-scorers in the league this season, it would make sense if the 24-year-old felt a bit of extra pressure to perform with a lot of the LA Current’s success riding on her. But, she doesn’t see it that way.

“I do not think that the LA Current success depends on me at all,” she said. “We have a very talented team with great depth.

“I was able to step up and race well while being very tired, which was unusual. The majority of our team will be at a complete different level because they will be rested and shaved. I am looking forward to seeing that. I think that it will come down to a huge team effort. I am just a piece of the pie.”

The increased rest, along with the club’s camaraderie, is what Gastaldello believes can push the Current over the top in Vegas.

“We were able to create a true team culture in a small amount of time,” she said. “We have real team players, and this whole game is about performing for a team, not for yourself.”