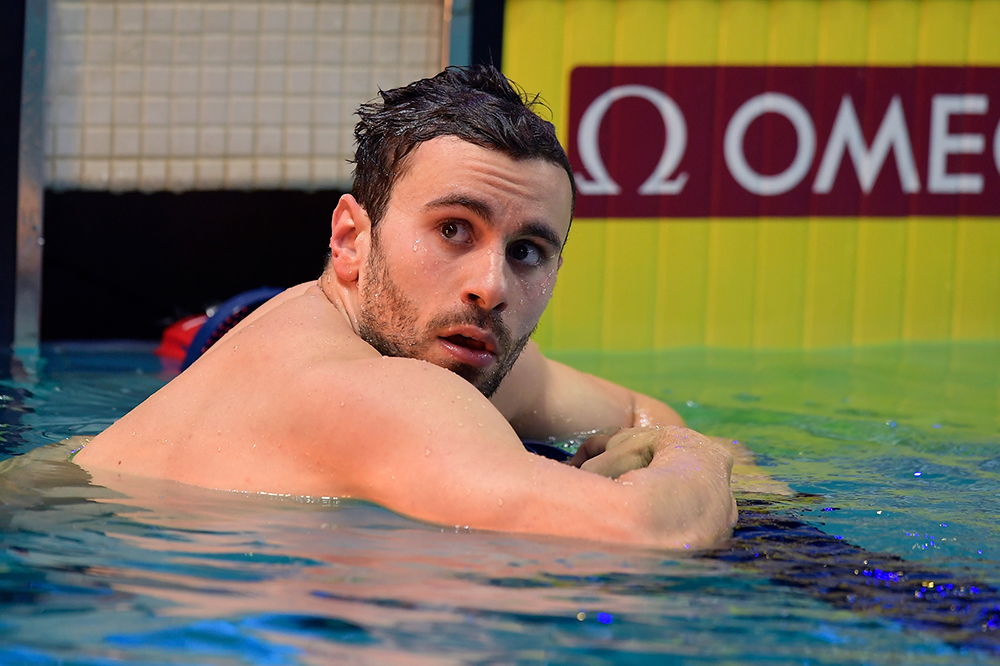 One of the many unique aspects of the International Swimming League is that the athletes prioritize the performance of their respective clubs over their own personal achievements. This is a concept commonly seen in the college ranks, but rarely on the professional level, especially in a sport like swimming that’s commonly referred to as being “individual”.

The ISL is rewriting the narrative on the sport, in more ways than one, and among these ways is the idea of shifting the focus from times and records to points and places.

For the LA Current’s Blake Pieroni, that means swimming an event outside of his comfort zone. Primarily a 100 and 200 freestyler, Pieroni has been racing the 400 throughout the ISL’s inaugural season to put points on the board for his teammates.

“Honestly, not really,” said Pieroni on if he has embraced his role as the go-to guy in the 400 on a team full of sprinters. “I do not train for races that long. However, the way the league is set up,

many of the athletes have to do events that they don’t train for and are not comfortable with.

Although the 400 may not be his favorite race, the 200 is one he loves. And as the reigning Short Course World Champion in the event, winning in Vegas is among his top priorities.

team,” said the 24-year-old Olympic gold medalist. “I will not comment on any specific race plans for the 200. However, I am shooting to be under 1:41 this year. I really love that race.”

If Pieroni were to go that fast, he would set a new American Record. And based on his track record, it’s certainly well within reach.

The Indiana native was the first swimmer in history to go under 1:30 in the short course yard 200 free while competing in the NCAA for his hometown Hoosiers, and with his recent string of success swimming short course meters, there’s no doubt he’s capable.

Among his key competitors in that specific race will be Townley Haas, who stole his yards record just two days later at that same NCAA meet and has also declared his intention of winning the race in Vegas.

Coming into the league’s inaugural season, Pieroni wasn’t sure how things were going to play out. But now having competed in some of the matches, the way everything’s come together has greatly exceeded his expectations.

“So far, my experience in the ISL has been exceptional, far better than I had initially thought,” he said. “After being at three of the ISL meets and seeing how different they are compared to a normal

three- or four-day swim meet, I see the huge potential for the ISL league in the future.

“I did not have many expectations coming into this season, especially with all the meets being in short course meters (a format very foreign to American swimmers), but I think everything is going relatively well.”

He feels that the development of the league is imperative in helping the sport become prevalent in the public eye outside of the Olympics.

“I think it’s extremely important,” stressed Pieroni. “Creating the shift from swimming only being relevant once every four years to every year is absolutely critical for the sport to progress.”

One aspect of the ISL that may have made some swimmers hesitant, especially with it launching in a pre-Olympic year, is that competing would take away from their prep for Tokyo. However, Pieroni has the opposite view.

“I believe that racing benefits training and doesn’t detract from how training is going,” he said. “Therefore, I’m happy the ISL is happening now, or else I would just be sitting at home not getting the benefit of regular racing and high competition.”

He and his LA Current teammates have a tall order ahead of them as they prepare to take on the best the sport has to offer in Vegas. They’ve certainly proven to be a force to be reckoned with so far, despite competing without some key members over the first three matches, so simply having a full lineup will go a long way in helping their title hopes.

Taper helps, too. ‘Taper’ is a methodology in sports like swimming and running where athletes rest before an important meet to give their bodies time to regenerate muscle after months of hard training. Most swimmers do this for just 2 or 3 of their biggest meets every year, and accompany that with a full-body-shave down to minimize drag in the water.

“We just need to have everyone present and ready to go,” said Pieroni. “The more people that do a full rest and shave for the meet, the better our chances of winning are.”