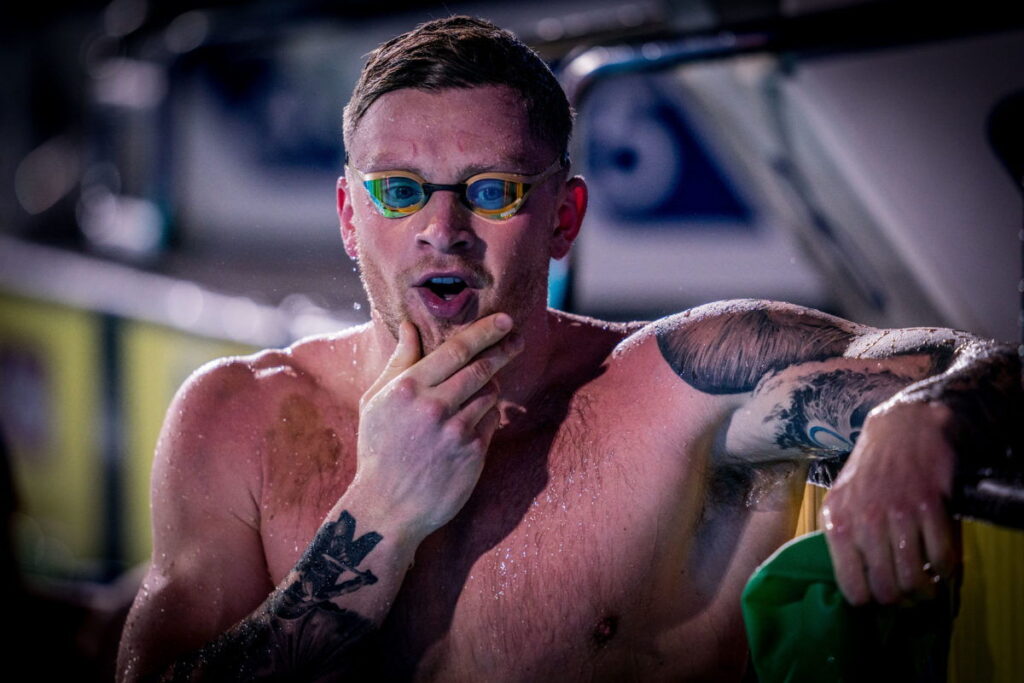 As has been the case the majority of ISL matches this year, there were two separate team races going on throughout the contest: Energy Standard and the London Roar fighting for first (and to stay undefeated in the season), and Iron and the Aqua Centurions going for third.

Energy Standard led throughout most of Day 1, but after relinquishing the lead midway through Day 2, came back and won with a big performance in the match-ending skins.

Iron had a very similar result. They traded third place a few times with the Centurions on Day 2, trailed going into the skins, but continued their dominance there (including both event winners) to top the Rome-based club by 34 points.

Below, find each club’s score in every event throughout the match, with their running total in brackets.