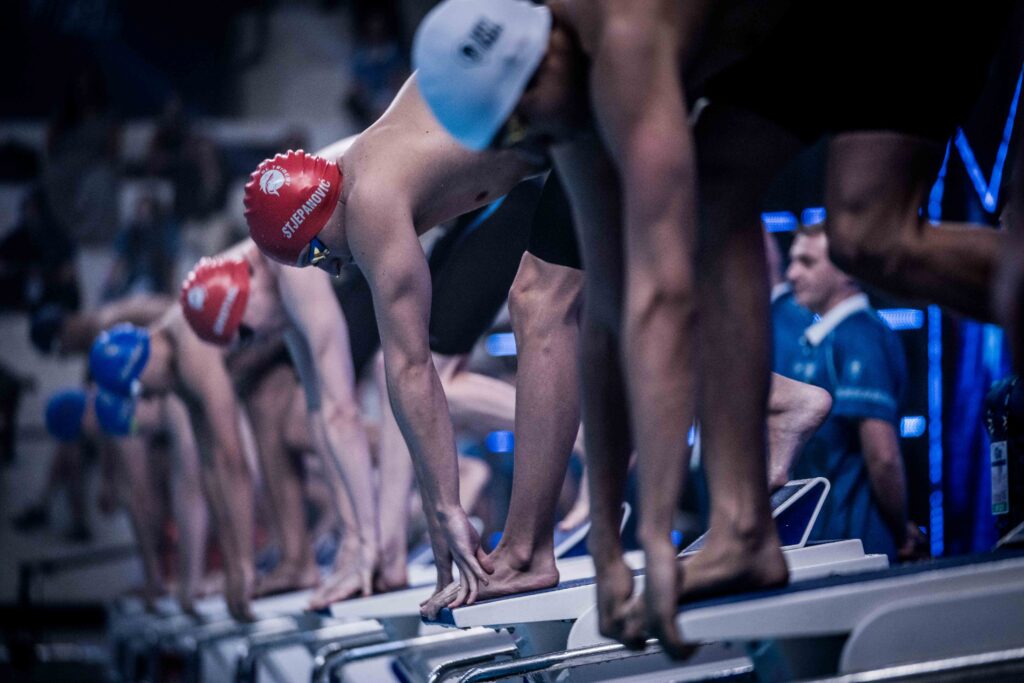 Now that each club has two matches under their belt in the International Swimming League’s inaugural season, general managers, coaches, and athletes alike all have a sense of where they stand and what changes they need to make to optimize their performance in the last two months of the campaign.

For the GMs, their experience in the early matches made it clear what the biggest keys are to optimize the number of points they can put on the board.

“There was a lot to take away from the first two matches,” said Cali Condor GM Jason Lezak, whose team is gearing up for the U.S.-derby meet this weekend in Maryland. “But, as everyone knows, the key to winning is relays, skins, and depth. There will definitely be some changes for College Park to help us maximize points and hopefully come out on top this time.”

“Where our athletes are at this stage in the season, how they are swimming, what events we can possibly plug them in,” said LA Current GM Lenny Krayzelburg on what he learned early in the season. “Also learning from lineups we had in the first two matches and what we can do differently at the derby.”

Lezak’s Condors had to deal with a few notable absences through their matches in Indianapolis and Naples, but with a full roster in College Park, they’ll be tough to beat.

“Missing Caeleb (Dressel) in Indy was hard on the relays and skins, which scores double and triple points,” he said. “Moving on to Naples without Hali (Flickinger), Kelsey (Wog), and Townley (Haas) hurt us as well, but we were still only a couple points away from winning which made the event very exciting all the way until the end.”

Adding onto an already strong roster is the newly acquired Tate Jackson, who signed with the Condors after their first two matches had wrapped up.

“Adding Tate Jackson is huge for us to help on sprints, relays, and possibly skins as well,” said Lezak. “This also gives some rest to someone that was on a ‘B’ relay before to have more energy for their other races.”

The Condors are currently the top-ranked American club with six points in the team standings, followed by their in-state rivals from LA who have five. This is a matchup Lezak is anxiously anticipating.

“LA Current have a strong team, but now at full force our men’s relays will be tough for any team to compete with,” he said. “We have two more strong sprinters at this meet than we had in Indy and Naples. With Caeleb and Townley competing in their first match together, along with the addition of Tate Jackson, has the LA Current coaches sweating.”

Krayzelburg and his squad are primarily focused on improving in every match, but welcome the impending battle with Cali.

“I am very pleased with the first two matches considering we had to make some last-minute adjustments and were missing a few of our high-scoring athletes,” he said. “We also swam better from the first match to the second, and that’s something we talked about. We will continue to get better and that’s what’s really exciting for us.”

“We are definitely talking about winning the derby, but our main focus all season has been to advance to the finals and be ready to race at our best there.”

NY Breakers GM Tina Andrew also made a few additions to her squad during the time off, and has addressed some coaching needs that their staff identified.

“We had some major holes to fill on our roster which we did with some great last-minute additions,” said Andrew. “I learned that our athletes needed more coaches on deck, and we added two stellar coaches to serve our athletes and also assist our head coach.”

Despite trailing in the standings after consecutive fourth-place finishes, Andrew remains optimistic the Breakers can make some noise in College Park.

“To be competitive and to shock some teams that think they are all set for Vegas,” said Andrew when asked about the club’s priorities for the derby. “Anything can still happen. With all respect to the DC Trident, we fix our sights on beating the teams at the top. We are not losing, we are learning. We are playing a long game.”