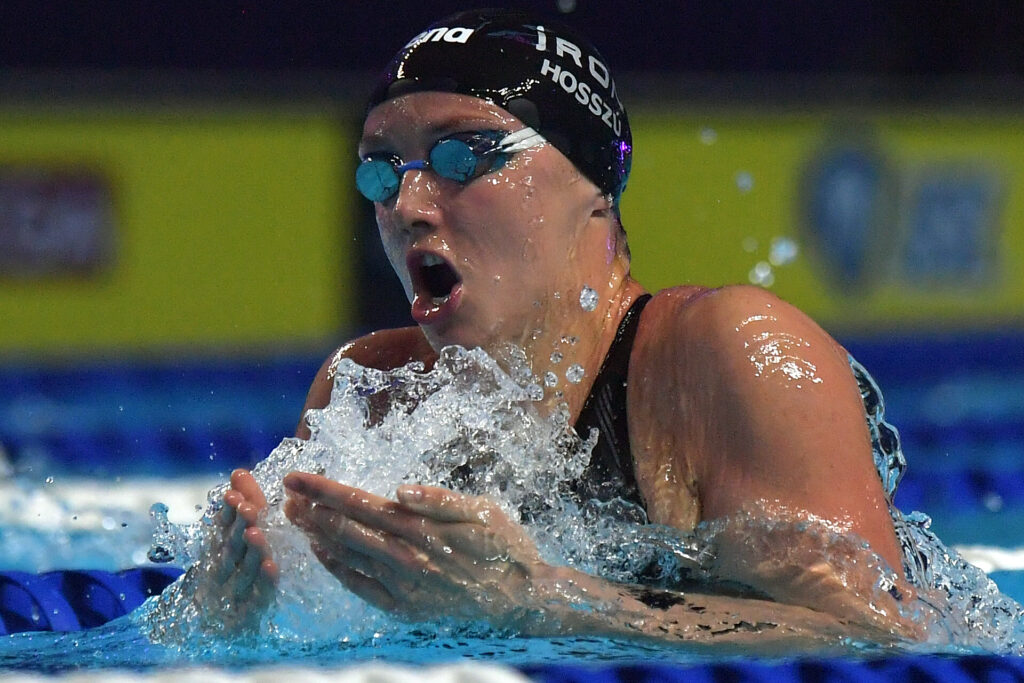 Racing in front of her home crowd, Katinka Hosszu really stepped up when her team needed it most, earning match MVP at the International Swimming League’s fourth match in Budapest.

The 30-year-old finished the match with 47 points, 5.5 clear of runner-up Kyle Chalmers (London Roar). This was the first time in league history the MVP was won by someone who did not win the skins event, the three-round 50 freestyle eliminator (8-4-2) that is worth up to triple points.

“As I expected, it was very special to race here in Duna Arena with team Iron,” said Hosszu of the crowd, which provided an electric atmosphere to the athletes. “It definitely has been really special.”

Hosszu’s victory in the 200 fly was of particular importance, acting as a catalyst for Iron to rally past the LA Current and take second place in the standings. Trailing by a full second with 50 meters remaining, the three-time Olympic champion managed to comeback and defeat LA’s Katie McLaughlin by just 0.04 seconds.

“That finish was for the team,” Hosszu said post-race. “We really needed those points.”

At the press conference after things had wrapped up, she expanded on her willingness to dig deep in the toughest moments.

“I love to race,” she said. “I think you guys could see tonight, it’s all about the race and fighting.”

Not yet satisfied, the team captain concluded her media availability by pledging to be even better next time out at her club’s next match, which will feature all four European clubs.

“I’m definitely going to be faster in London,” she said.

The MVP victory earns Hosszu a $5,000 bonus – as will all athletes (man or woman) who win match MVP.