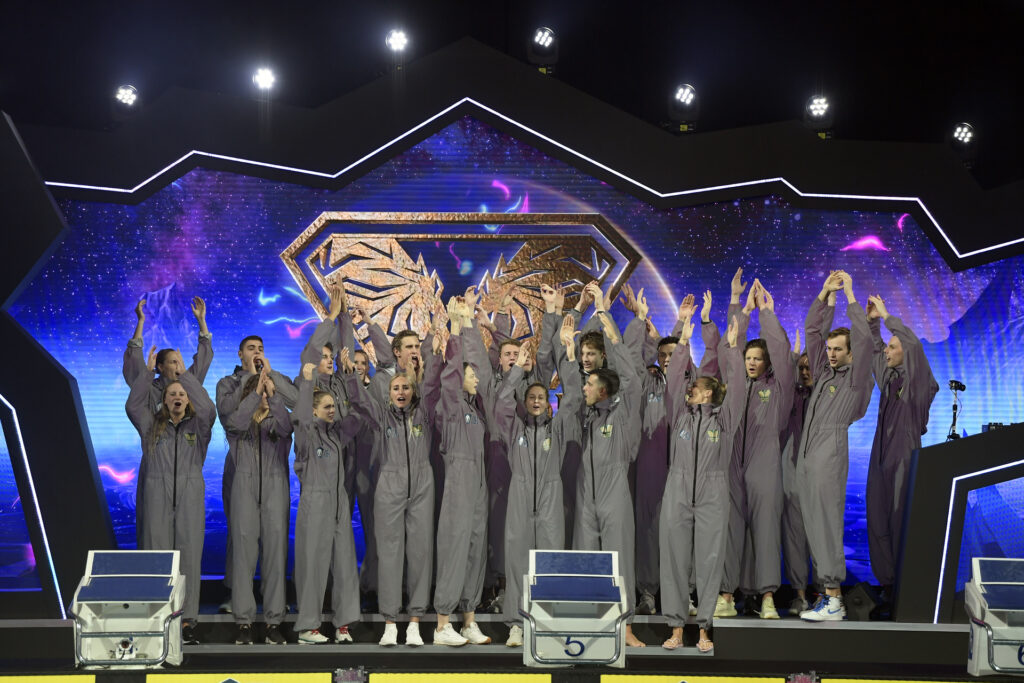 The highly anticipated International Swimming League match in Budapest had a successful Day 1, as the passionate, energetic fans made an immediate impression on the athletes competing.

“The atmosphere here is great,” said 2016 Olympic gold medalist Pernille Blume, who competes for the NY Breakers. “I love Hungary, I love this arena. For everyone I feel there is just a different energy here. It’s very unique, so everyone gets more excited, and there’s so many spectators. It’s amazing.”

“This is an awesome facility, we’re really excited to be here,” said LA Current member Ryan Murphy of Danube Arena, the host of the 2017 World Championships. “It really helps us to step up our game when we’ve got an awesome crowd like that and awesome facility like this.”

The enthusiasm of the athletes, and how easy the matches are to follow through social media, are two aspects of the ISL that have stood out to Blume.

“What’s amazing is to see all the swimmers get really excited for this, it wouldn’t work without all of the swimmer’s excitement,” she said. “It’s highly professional, everything. It’s the whole atmosphere, the whole vibe. Everyone is having fun.

“It’s amazing to see how the athletes interact on social media as well, usually the athletes are not on their phones during competitions, but it’s very different. When the first meet was going on I was back home, and I was watching everything on social media, and I almost felt like I was there. And that was really amazing to see because I don’t have the same feeling if I go to a different competition, it’s always very closed. Here it’s more open for everyone to see.”

The London Roar won the first match for the Group ‘B’ clubs last weekend in Lewisville, and have stormed out to a 39-point advantage through Day 1 here in Budapest. That leaves Murphy’s LA Current locked in a tight battle for second with the Hungarian-based Iron club who have the crowd’s support behind them.

Despite not being in quite as good of a spot in the standings at this point, Murphy looks to the times they’re putting on the board as a sign the club is performing well.

“As a team, we were just trying to look to be a little bit better than last week,” said the three-time Olympic champion. “In terms of the times, we were better, but everyone raised up to that level. I was just looking at the scores, and Iron definitely had a good day. That’s going to be a pretty good battle. That means we’ve got to step up our game even a little bit more tomorrow. So we’re looking forward to the challenge.”

In their first match, the Current were up 48 points on Iron at the halfway mark. This weekend, that advantage has shrunk to nine points.

“We’ve just got to keep our focus on that positive rather than the shrinking margin between us and Iron. We might need to get a bit of luck tomorrow, but quite honestly I think if we swim to our potential we’re going to be in a good spot.”

“The whole team was just excited to be a part of the first match in Dallas, and we weren’t sure what to expect,” he said during one of the breaks mid-match. “Now everyone is extremely excited. There wasn’t much needed to be talked about. Everyone has had a really great week here in Budapest, and we can already see from the first couple of events here that we’re swimming better and more into it.”

Blume’s NY Breakers club placed fourth last weekend and find themselves in that position again. But like Murphy, the 25-year-old Dane sees improvement in their performance.

“I think for my team, we just had a much better start,” she said. “Everyone seemed more relaxed, more happy, more ready to race. We had a few changes in the lineup that really helped us, we got a bit closer to the other teams, and overall we’re off to a much better start than Dallas. We’ll keep fighting tomorrow.”