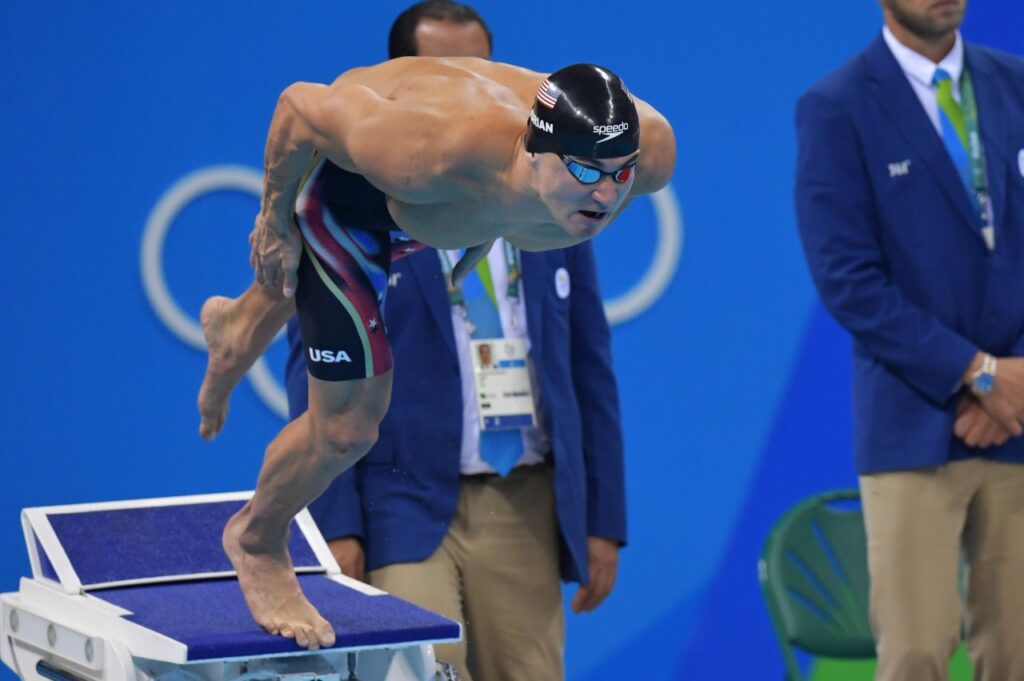 The term ‘consummate professional’ in the swimming dictionary includes a picture of Nathan Adrian as a shining example.

A three-time Olympian with an amazing 41 major international medals (including 8 from the Olympics), Adrian has long been one of the poster boys for promoting the sport in the United States and around the world. Enthusiastic and knowledgeable in interviews, a killer inside the pool who always performs when it counts, and a terrific role model to inspire the next generation.

However, in all of his years competing at swimming’s biggest competitions (which began at the 2008 Olympic Games), Adrian had seen the sport become somewhat stagnant. It continued to gain popularity at the Olympics, but beyond that the general public would barely acknowledge what was going on in the pool.

“We have done a great job of bringing people in over the last 20 years to become one of the biggest Olympic Sports but for whatever reason that popularity hasn’t quite transcended the once-every-four-year thing,” he said in an interview.

Enter the International Swimming League, which is deviating from the norm and looking to give swimmers a chance to truly be able to earn a living as a pro.

“I think the ISL is critical to growing the sport of swimming from where it is now,” he said. “I think this has the potential to be absolutely huge.”

There are a number of variables at play in the league, quite the contrast of an Olympics or World Championships, and Adrian is all for it.

“It is such a beautiful thing to bring strategy into the world of top-level competitive swimming,” he said. “Having to manage energy levels, athlete rosters, and two scoring relays per team is an element that changes the traditional prelim-semi-final format of your traditional year-end competition.”

What stood out to the eight-time Olympic medalist the most from the first two matches in Indianapolis and Naples was how engaging it was for both the fans in attendance and the viewers at home.

I was totally blown away by the production of the event,” he said. “Take one look at the clips on TV and the entire thing looks like everyone is having a blast from start to finish which is key. Also, the audience is in for an entire experience from the DJ, the lights, the swimming, and the team competition. This is so much more than your traditional swim meet.

“These are the kinds of meets (where) I don’t feel bad inviting my friends and family because they don’t have to sit around for four hours to watch me swim a 20-second race!”

Adrian can’t help but draw comparisons between the ISL and his college days competing in the NCAA for the Cal Golden Bears in Berkeley.

“I think every professional swimmer in the U.S. that went through the NCAA system has some form of nostalgia for competing in those meets,” he said. “This is an opportunity to do it all over again with a different team and compete for titles.”

And for some of the internationals athletes who never experienced what it was like racing in the college system, this will give them a similar experience.

“I think this is a really cool opportunity to show everyone what NCAA swimming is like even if you didn’t go to a University in the US.”

Adrian will compete for the LA Current, one of the four US-based clubs who are filled with ex-NCAA American stars, including plenty of the swimmers the former Golden Bear trains with day in, day out at the University of California.

“I always feel like team chemistry is important on any team, and we are starting further ahead than most in that department,” he said. “When it comes to being tired and having to race, nothing gives you a boost of energy like knowing that you are swimming for your friends/the team.”

As a multi-time captain on the American Olympic and World Championship teams, Adrian is willing to take on a leadership role with the Current, but will do whatever the team needs him to in order to be successful.

“I will take on any role necessary for us to perform our best,” he said. “I would be happy to be the guy out there leading cheers, team meetings and anything else if needed. We do, however, have five Current members that have been captains on a Team USA World Championship team at some point, so if a sideline role is more important for me to do, I would be happy to do so.”