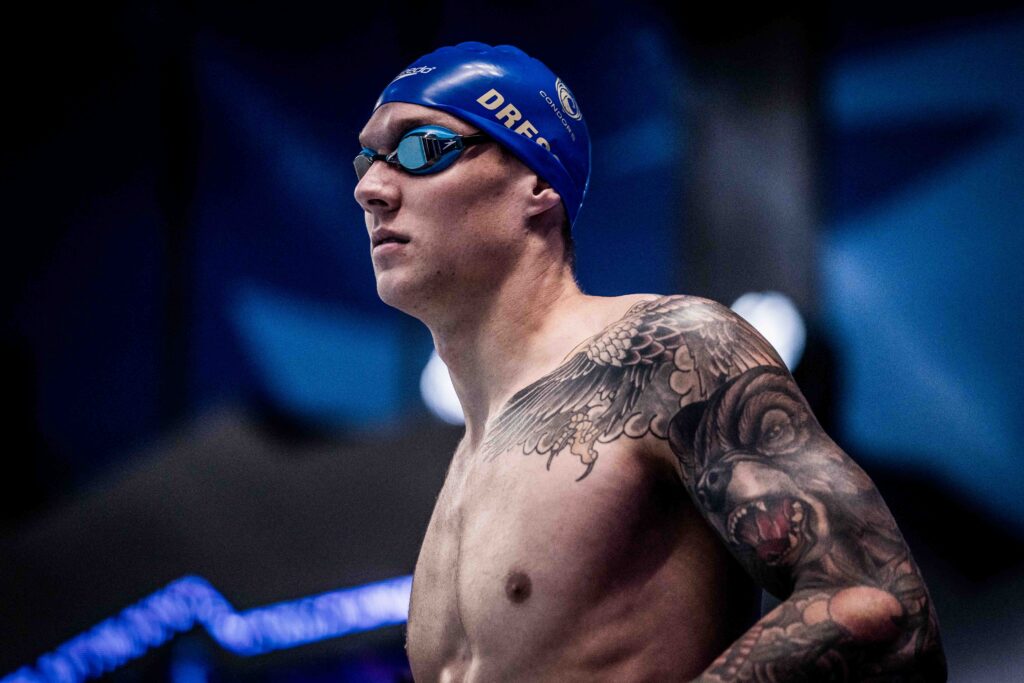 The second match of the International Swimming League’s inaugural season proved to be one of theatrics and fireworks, as the club battles for first and third place came right down to the magical match-ending skins event.

Energy Standard, the club that won the first match in Indianapolis by 82 points, engineered a massive comeback as they erased a 32.5-point deficit in the skins and topped the runner-up Cali Condors by 2.5 points for another first-place finish.

The skins are a three-round 50 freestyle eliminator, with points (and prizes) worth up to triple that of a regular race: 8 competitors start, with 4 advancing to the next round 3 minutes later, and 2 going on to a head-to-head final round another 3 minutes after that. Energy Standard had three of four possible athletes make the finals between men’s and women’s races.

Despite ultimately coming up short, the Condors won 17 of the 37 events on the schedule. Energy Standard claimed 13, but that included three relays (worth double points) and their strong showing in the skins.

The main difference-maker from the first match for the Cali Condors was Caeleb Dressel, who was making his ISL debut in Naples after missing Indianapolis. The 23-year-old American superstar scored 57.5 points, earning MVP honors for the highest-scoring woman or man, and setting a new league record for points scored in one match after Sarah Sjostrom was the top scorer in Indy with 55.5.

Dressel won four individual events, including the men’s skins, had one runner-up finish, and swam on three relays that all finished in the top-3.

Sjostrom was once again the top performer for Energy Standard, scoring 52 points with four individual victories, one second-place finish, and also contributed on one winning relay. Dressel and Sjostrom had identical individual results: first in the 50 free, 100 free, 50 fly, and the skins, and second in the 100 fly.

Chad Le Clos of Energy Standard and Olivia Smoliga of the Condors, both co-captains with Sjostrom and Dressel on their clubs, were the other two swimmers to earn over 40 points with 44.5 and 44 respectively. Individually, Le Clos won the men’s 100 and 200 fly for the second straight match, and Smoliga defended her crown in the women’s 100 back.

The Condor women were the highest scoring single gender on one club with 261.5 points, while Energy Standard had a much more balanced with their men and women separated by only 11 points.

In the prize money rankings, Dressel walked away with a match-leading $13,500 by virtue of his points, plus an additional $5,000 for winning MVP. Sjostrom was the only other athlete to crack $10K in Naples at $12,900. Sjostrom is the top overall earner through two matches at $31,400.

For a full breakdown on how the point scoring and prize money system works in the ISL, click here.