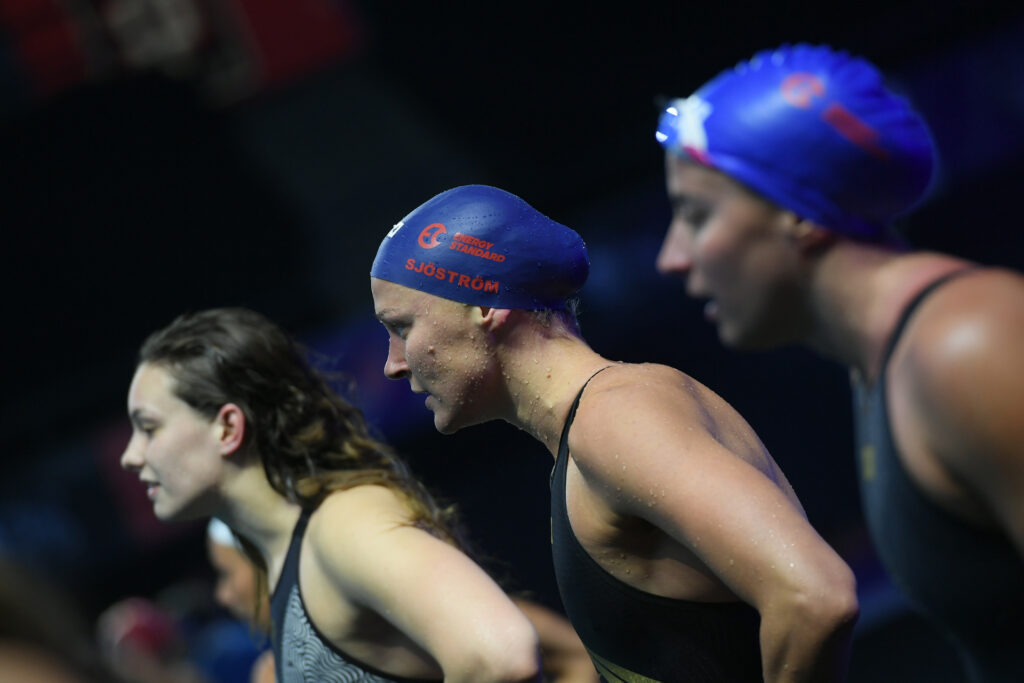 The second and final day of the International Swimming League’s first tour of Europe proved to be the most exciting of the young season thus far, as a sold out crowd at the Piscina Felipe Scandone in Naples, Italy, were treated to a pair of tight club battles that came down to the final event.

The passion of the European fans was very evident to those competing, giving them a boost late in the match.

“It’s really cool how great this has been unfolding,” said Cali Condor’s Caeleb Dressel, who was named MVP with a match-high 57.5 points. “Again this is my first meet, but everyone loved Indy. And this is, I think, even a step up from that because it’s in Europe this time. I think the fans are a little bit crazier, a little bit better, a little bit more into it.”

“This is a whole other level of things. I mean, the crowd for one, but the lights, the DJ, the walkout, it makes it seem like an event. Not just something that you get to watch, but you feel like you’re a part of it.”

“The energy on deck, I can still feel it right now as I’m sitting here,” said DC Trident captain Cody Miller in a post-match media scrum. “It was awesome, it was a lot of fun, and I think that there’s just more greatness to come. It was so, so fun.”

Another thing that stood out to Miller was the noise, which was exaggerated due to the way the building was constructed.

“I think that makes a big difference with the energy levels,” said Energy Standard male captain Chad Le Clos on how the crowd impacted the match. “Doing back-to-back races – 50 fly, 200 fly, 100 freestyle – getting back up (on the blocks) was very special, and a big thank you to the crowd. Altogether it was a great show.”

DC Trident coach Cyndi Gallagher had a similar perspective as the athletes, really enjoying the vibe that the match produced.

“I think this is super fun, exciting,” Gallagher said in an interview during one of the breaks. “I love the crowd, I love that they’re getting the crowd into it, the music, the DJ, our energy is great. We are all in.”

Sarah Sjostrom, a Swede who is one of the sport’s biggest stars in Europe, always loves swimming in front of an Italian crowd

“They love the Italian swimmers, but they do love the other swimmers as well,” said the 2016 Olympic gold medalist. “The other swimming stars, even if you’re from Sweden. I always love racing in Italy. So it’s a lot of fun to have very good supporters here in the stands.”

The match was tightly contested for first place between Energy Standard, who won last weekend in Indianapolis, and the Cali Condors, who received a significant boost with Dressel making his debut.

Dressel went out and won the final event, the men’s skins, which are worth triple the points. However, his Energy Standard counterparts Florent Manaudou and Ben Proud placed second and third to secure another win for their club.

“It hurts. I mean, I’d much rather have a team title than MVP, 100 percent of the time,” said Dressel, who won a total of four individual events over the two days. “It definitely stings, but it’s cool, there’s already started (to be) rivalries (developing) and stuff. Of course, friendly rivalries. I respect everyone on that team, but I would’ve liked to win the meet. And it was so close which is what makes it hurt a little bit more.”

The 23-year-old is confident the Condors will continue to improve and have a good chance of winning it all at the league grand final in Vegas in December.

“I could’ve been better throughout the meet and scored more points, we all could’ve been, everyone across the board. We’re on a good progression for now, from Indy to here, so we’ll find some more room to be better, and then hopefully by Vegas we’ll have it figured out.”

Miller’s Trident club was locked in a close race with the hometown Aqua Centurions, going back and forth throughout the match in the race for third.

“We have two teams, my team (DC Trident) and the Aqua Centurions, vying for just a few points here and there. It feels like it’s an NBA game. It feels like a basketball game,” he said. “We were a ways behind the two front-running teams, but were still in a tight race with another team, so, it’s exciting.”