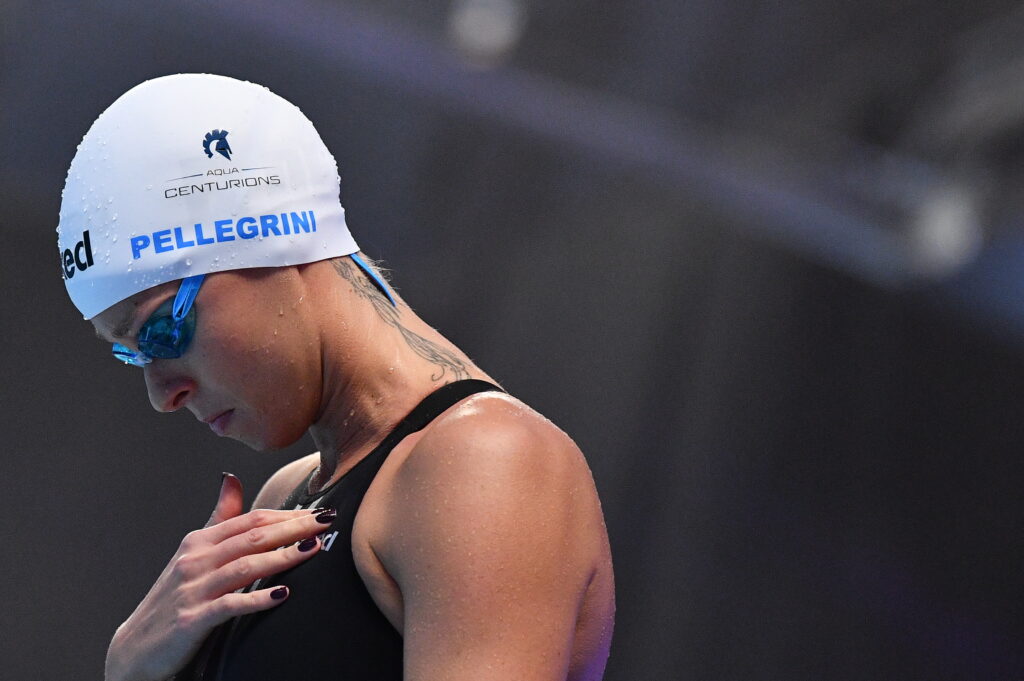 An ecstatic home crowd took the Aqua Centurions to third place on the first day of the ISL’s first stop in Europe.

“Federica, Federica, Federica” – the cheers of the Naples crowd turned from already vastly supportive to overly ecstatic when Federica Pellegrini entered the pool deck for her first individual swim of the inaugural International Swimming League (ISL).

And although the Olympic Champion, who took time off after winning her fourth gold in the 200 m freestyle at the Word Championships this summer, finished fourth in her signature event won by 400m World Champion Ariarne Titmus, her fans gave her all they got.

“It was fantastic, all these emotions. I felt great”, Pellegrini said.

Pellegrini promised teammates and rivals alike a different atmosphere than at the first stop in Indianapolis last weekend – and Naples did not disappoint.

The Aqua Centurions conquered the city, turning the Piscina Felice Scandone into their own Colosseum.

Excited spectators saw the 20-year-old Nicolo Martinenghi taking the first and only individual win for the home team.

And the Aqua Centurions also won the prestigious 4×100 m medley relay, kicking the DC Trident off third place in ISL rankings after the first night of the second leg.

“The Italian crowd helped us so much, this was incredible”, Pellegrini said.