GRIGORISHIN EMPHASIZES IMPORTANCE OF SPORT AND SOCIAL COHESION IN NAPLES 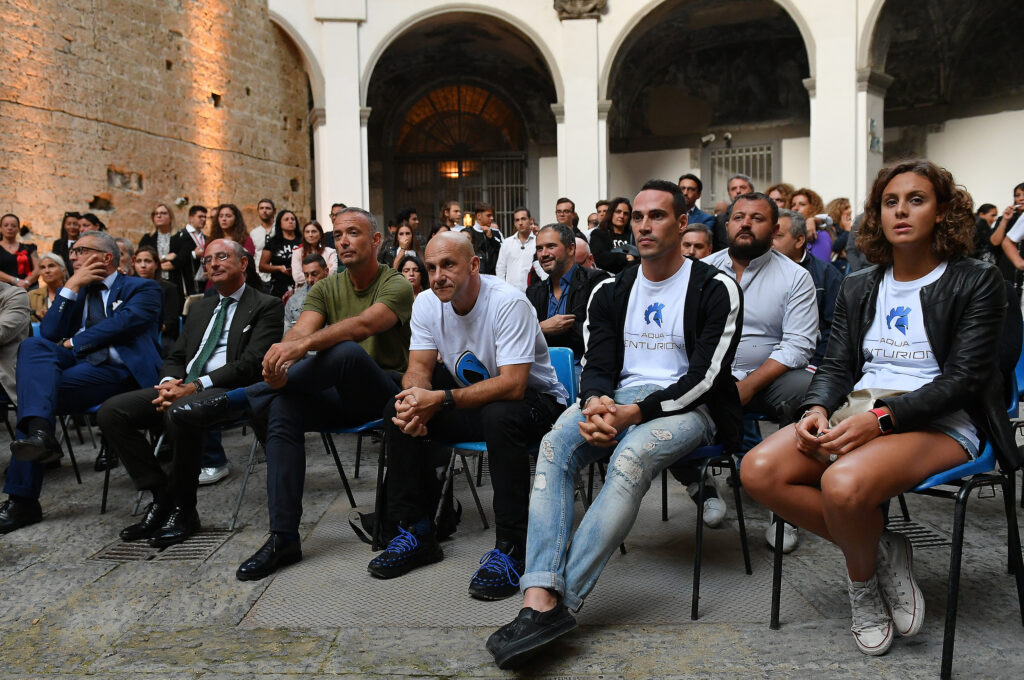 Ahead of the International Swimming League’s (ISL) first match in Europe this weekend in Naples, Italy, ISL President Konstantin Grigorishin was invited to join a panel discussion on sport and social health at the Cloister of Basilica of Santa Maria della Sanitá.

Grigorishin discussed topics including the importance of the availability of sporting activities in the city and sport and integration.

“Thank you to the Naples community, with the ISL races I am sure you will be moved by the same emotions I have felt in these days in your city,” said Grigorishin.

“Sport has become very important in modern culture and in daily life. People learn basic values like friendship and respect.

“Sport must never become a reason for division, it is a challenge to overcome one’s limits.

“The ISL is an opportunity to bring sports stars and community together. Twenty years ago, champions were unapproachable and untouchable. With social media, and with our approach of bringing athletes and fans together, now it is different.

“I promise that it won’t be the last time Naples will host an event like this.”

The ISL makes its first trip to Europe on Friday 12th and Saturday 13th October as Naples plays host at the Piscina Felice Scandone.

Four clubs will participate in the match: DC Trident, Cali Condors, Aqua Centurions, and Energy Standard. These are the same teams who raced in the opening event in Indianapolis last weekend.

There are a total of eight clubs in the two-continent league that is split between the United States and Europe. After the six-match regular season, the top four clubs will advance to the grand finals at the 12,000-seat Mandalay Bay Resort and Casino in Las Vegas, Nevada.

Over 100 Olympians are represented in the ISL, including 41 Olympic gold medalists from the 2016 Olympic Games.

The ISL is engage sports fans over each competition weekend with high-tempo two-hour matches. Experts in television, digital media and sports entertainment will provide a compelling backdrop for the swimmers with cutting-edge production and live show fan engagement.