DRESSEL: ISL CRUCIAL IN DEVELOPMENT OF OUR SPORT 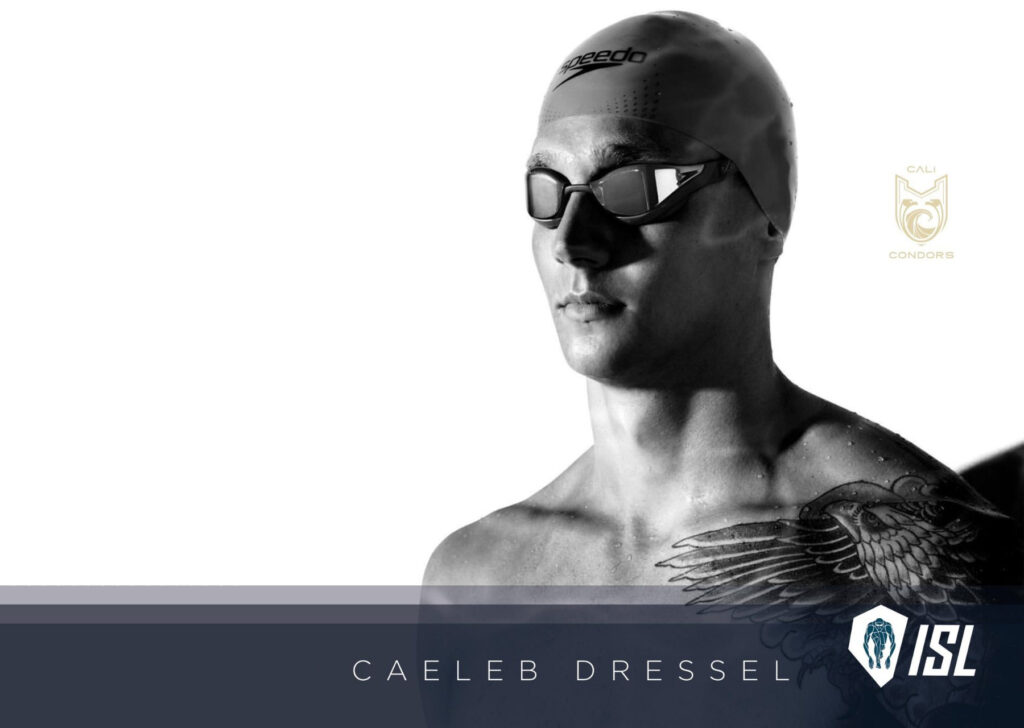 American Caeleb Dressel has seen an explosion in popularity over the last two years, quickly becoming one of the most dominant swimmers in the world while also becoming a recognizable face in mainstream media.

The 23-year-old Florida native sees the implementation of the new International Swimming League as a crucial stepping stone in the development of the sport, making it more visible to the public.

“I think this is a great opportunity, not only for the swimmers to further the sport but also the fans,” he said in an interview. “This is an exciting way to get more people involved with this sport to better understand how we work and operate, and see us on a global stage but still keep it personal with the team aspect.”

The two-time Olympic gold medalist believes having eight different clubs in the league will give fans a reason to tune in and someone to root for.

“This is similar to the NBA and the NFL in my eyes,” he said. “Fans can attach to specific teams based on not only who is on it but also with the city/state we are representing. I’m excited to be a part of this and

One of the primary components of the ground-breaking league is the focus on scoring points for the club and making the finishing times less of a priority. Dressel thinks this will make the competition more digestible to the viewer.

“I like how it is not about times, it is just about winning,” he said. “At the end of the day it is who gets

their hand on the wall first. This is like dual meets in college. Nobody would go crazy fast times

in-season, but it was still exciting to just try and win.”

“Times are irrelevant in this league and I think that is great. Most fans may not be familiar with times ( I don’t even know short course meter times very well) but they will be familiar with winning.”

Dressel tied Michael Phelps’ all-time record with seven gold medals at the 2017 World Championships in Budapest, and followed up this past summer with a six gold, eight medal performance in Gwangju, South Korea. These performances have put a lot of pressure on him leading into the 2020 Olympics, but he and his coach Gregg Troy believe the ISL sets them up well in preparation for Tokyo.

“This league fits perfectly into my training schedule for 2020,” he said. “Coach Troy thinks this league and the stops I’m doing are actually a better fit for training than staying back in Gainesville. He wants

me to get some racing in this fall and sees this working out to my benefit for my training cycle.”

Dressel, an ISL ambassador who will compete for the Cali Condors, had the opportunity to race Chad Le Clos (Energy Standard) and Vlad Morozov (Iron) at the 2018 Short Course World Championships last December, and will look forward to racing them in the ISL.

“It is always an honor and exciting to go against the best in the world and compete. I’m sure

there will be some exciting races to come for us and the fans.”

Dressel sat out of the Condors’ first ISL match over the weekend in Indianapolis, and will make his debut on October 12th in Naples where he will face Le Clos and Florent Manaudou, who led Energy Standard to victory in the opening match. The Condors placed second, 96 points back.

Though he hasn’t mentioned anyone by name, Dressel does relish the idea of forming a good rivalry, whether it be with the other American clubs or anyone else.

“I think there will certainly be some rivalries. Who doesn’t love a good rivalry?,” he said. “Ohio State and Michigan, UF (University of Florida) and FSU (Florida State University), Green Bay (Packers) and the (Chicago) Bears. There is nothing more exciting than good respectful competition.”

And while many spectators will be intrigued to see how fast Dressel will swim since he has rarely raced short course meters, his sole focus will be to put up points for the Condors.

“I will come into these dual meets with the focus to swim smart races and score points for my team,” he said.

He will not shy away from swimming any event he is asked to do.

“I will swim whatever the coaching staff, managers, and teammates need me to swim. My job is

to score points for this team and I want to help with that in any way that I can.”