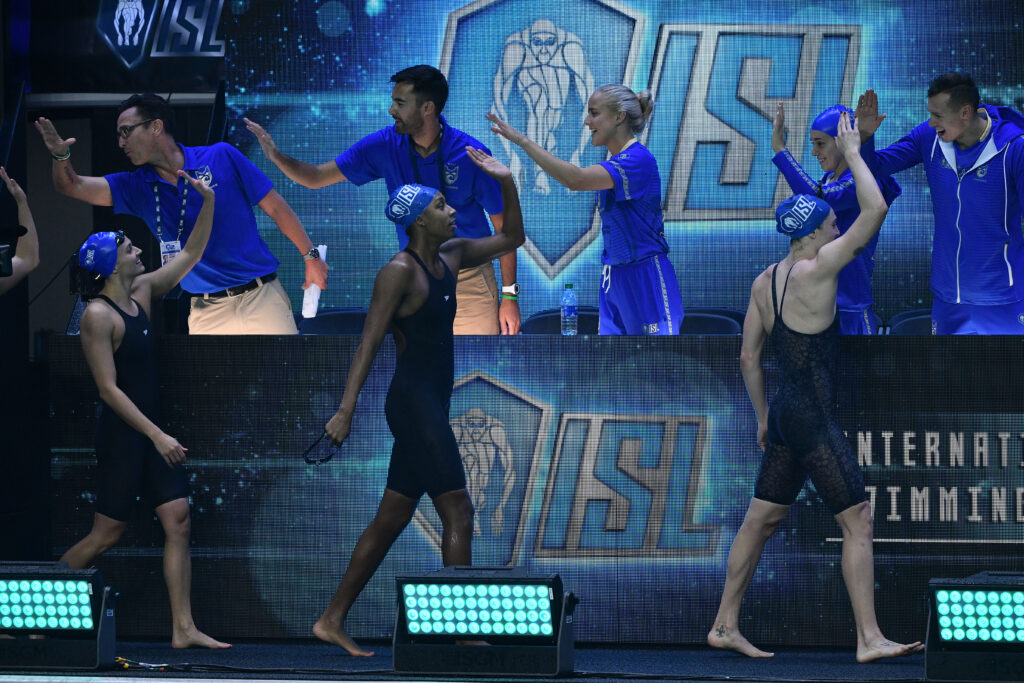 The inaugural match of the new International Swimming League lived up to expectations as fans and athletes alike were treated to an exciting two-day affair in Indianapolis.

The energetic vibe created by both the setup and the crowd was something the swimmers really enjoyed.

“I think it honestly exceeded expectations, not only with the energy but the hype,” said Cali Condor female captain Olivia Smoliga post-match. “You could just feel the amount of energy that was put into this meet with all of the decorations and lights and atmosphere. People showed up, and they were cheering really hard.”

“I think the meet itself delivered to all expectation and hype,” added Condor male captain Mitch Larkin.

Katie Ledecky, a five-time Olympic champion who has been the most dominant athlete in the sport over the last six years, was a big fan of the fast-paced nature of the event.

“I think it went about as well as it could have gone,” said the 22-year-old ISL ambassador. “The meet flowed really smoothly. I think the biggest thing we all had to get used to was how quickly the meet ran, which was awesome. Things were on schedule, and the lights, the music, all of it really made for a great environment, so as an athlete you can’t really ask for anything more.”

After the league officially got underway with the first day of competition on Saturday, Sunday marked the first-ever ISL skins competition, which is a three-round elimination 50 freestyle scoring triple points.

Energy Standard teammates Sarah Sjöström and Florent Manaudou were victorious in the opening skins match and really got a kick out of the experience.

“It was so much fun. I was really enjoying it,” said Sjöström. “The skins was a really tough one. I’d done the skins before in long course but never in short course, so it was a big challenge.”

“It was so fun. I think we needed that before, and the ISL gives us (the skins event),” said Manaudou, who has less of an endurance base behind him than Sjöström.

“It was so hard. For me it was so hard I think because I’m a pure sprinter and everything, but it was a lot of fun. I never smiled after a race like that.”

Energy Standard placed first in the match with 539 points, clearing the Cali Condors (457) by 82. However, moving into next weekend’s tilt in Naples, Smoliga and Larkin feel confident the Condors can get themselves into the win column.

“I think the Cali Condors performed out of their skin,” said Larkin. “Obviously in Naples we’ve got a few additions, with Caeleb Dressel coming to the team which certainly helps with some of the skins events and some of the relays. The Energy Standard team pulled away with their skins tonight but I think we can stick it to them in the next couple of weeks.”

“Our team is so close,” said Smoliga. “It’s just going to get stronger and stronger as the meets continue.”