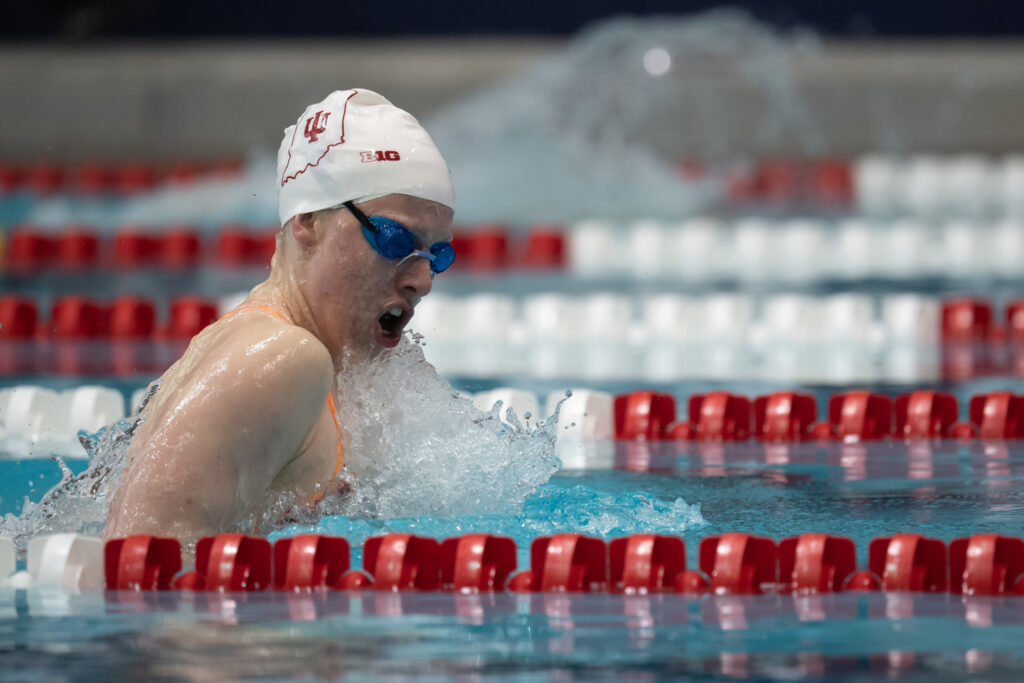 As one of the biggest superstars in swimming, the launch of the new International Swimming League couldn’t have come along at a better time for Lilly King.

King, a two-time Olympic gold medalist, wrapped up her collegiate career with the Indiana Hoosiers this past March, and ventures into the world of professional sports just as swimming takes a leap forward.

“It’s really nice that I turned pro and now there is a league for pro swimmers,” said the 11-time World Champion in an interview. “There is a designated path for professionals that wasn’t really established even last year. I think it’s going to encourage more swimmers to stay in the sport after college.”

The ISL format has many similar aspects of college swimming in the United States, including team-based scoring, short course racing (albeit in meters rather than yards), and quick sessions.

King, 22, feels this will be more appealing to viewers and will aid in growing the sport.

“I think the single session and SCM (short course meters) format is going to make it more exciting to watch,” she said. “Having more meets being televised is also going to make swimming more visible to the public.”

In addition to the format being more engaging for the fans, the eight-time NCAA champion also thinks the athletes, particularly fellow U.S. swimmers, will enjoy the new rule-set.

“I know the American pro athletes definitely miss college swimming, so I think the team scoring will be giving us some flashbacks to our NCAA days.”

Two aspects the ISL has implemented outside of the pool is a zero tolerance stance on doping (any athlete with a positive test is not allowed to compete) and equal pay between men and women.

The former was an important aspect for King, especially as someone who has advocated for clean sport in the past.

“Having a zero tolerance stance on doping is something that I believe every league should have,” she said. “Cheaters should not be competing. End of story.”

As for equality between men and women in salary and prize money: “I think it’s great, but swimming has been one of the few sports that has had equal pay for a long time. Honestly, the swimmers just expect equal pay at this point.”

King will compete for the Cali Condors, one of four American-based clubs in the league. She is joined by a star-studded cast that includes fellow reigning individual World Champions Caeleb Dressel, Kylie Masse, and Olivia Smoliga.

The Condors will compete with the three other American clubs, the DC Trident, LA Current, and NY Breakers, for a spot in the league final in December throughout the regular season. Only two will make it through, along with the top-two European-based clubs.

“We trash talk even when we are on the same team! But there will for sure be arguments over who is going to win.”

King also looks forward to matching up with Canadians Kierra Smith (Euro-based Energy Standard of France) and Sydney Pickrem (Euro-based London Roar), two athletes who have finished as the runner-up to King in the 200 breaststroke in previous years at NCAAs.

“I love racing both of them,” she said. “I am excited to continue racing short course.”

King has only raced in a SCM pool a handful of times in her career, but found plenty of success winning four gold medals and one silver at the 2016 Short Course World Championships in Windsor, Ontario.

Her Condors will kick off the ISL season in the opening match on October 5th and 6th in her home state of Indiana at the Indiana University Natatorium at IUPUI against the Trident, Energy Standard, and the Italy-based Aqua Centurions.