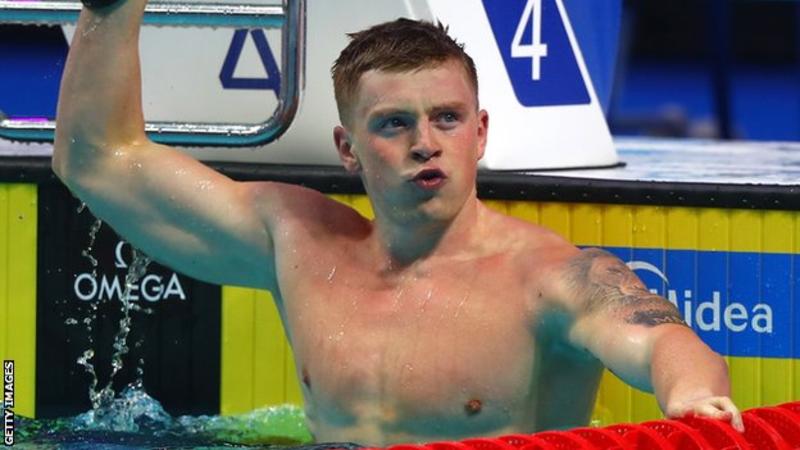 Briton Peaty is among a host of leading swimmers to have criticised Fina’s governance over the past year.

But Fina responded on Wednesday to say it is planning to launch an “innovative” new competition in 2019 in order to attract “the best athletes”.

“Fina will continue to make every effort to protect and improve the competition calendar and promote its harmonious development,” the statement added.

Peaty, along with other athletes, has been particularly frustrated by the body’s lack of dialogue in key decision-making.

“[Fina] need to listen to the athletes and hear what they want instead of saying: ‘You need it this way.’ The whole sport needs to change and that’s something I’m very passionate about,” he said.

Last year, swimmers were angered by Fina’s ultimately successful bid to have the men’s 800m and women’s 1500m events entered into the Tokyo 2020 Olympics.

Many – including distance specialists who benefited from the move – insisted the sport would have appealed to more fans if additional 50m sprint distances, including Peaty’s breaststroke event, had been included instead.

Hungary’s three-time Olympic champion Katinka Hosszu called for the creation of a worldwide swimming union in 2017, claiming Fina was in “chaos” and possessed “leaders with no vision”.

The latest development came last month, when the inaugural International Swimming League (ISL) – in which Peaty and many of the sport’s biggest names were due to race – was cancelled.

Fina insists it “respects athletes’ perspective” relating to the criticisms and points to increasing prize-money in certain events as a step forward.

It did not, though, respond to direct questions from BBC Sport relating to the ISL, but alludes to “short notice” being a factor in their stance.

“As the world governing body for aquatic sports, Fina takes great pride in its proven ability to deliver events of the highest quality for swimmers from all over the world,” the statement said.

“Coordinating events in order to ensure a coherent competition calendar adds an extra level of complexity and this is a key criterion for Fina’s sanctioning of international competitions.”

The ISL organisers insist they presented their proposals well ahead of Fina’s apparent six-month deadline ahead of any event.

Although there were no clashes in terms of dates, the ISL is essentially a rival competition to Fina’s own World Cup Series, which Peaty feels is outdated.

“The current format isn’t working because no-one is watching and 90% of the world’s best athletes don’t turn up because there’s no prestige,” he said.

“If you build the prestige around an event, by building up rivalries and promoting the athletes, then people will want to race for gold, not just the money.

“It [the ISL] is where the sport needs to go and I think Fina should be behind it. Until then it’s going to be a constant battle between Fina and athletes.”

Australian Olympic champion Cate Campbell told reporters in her homeland this week “there are a lot of people getting very rich from swimming but it’s not the athletes”.

Peaty, an Olympic, World, European and Commonwealth champion, is backing the concept of a series, which would run from January to July and culminate in the World Championships.

“At the moment we have one major swim per year, but we need more,” said Peaty. “Look at other sports like triathlon – a few years ago they launched their professional World Series where athletes are paid handsomely.

“I’m lucky that I have good sponsors, but not all of the top swimmers get paid what they deserve given the effort they’re putting in.”

Organisers of the ISL remain determined to launch their series after the 2019 World Aquatics Championships next summer.

“Obviously there are a lot of politics, but from an athletes’ perspective… whether it takes four years or 10 years I think it’s going to happen,” Peaty added.